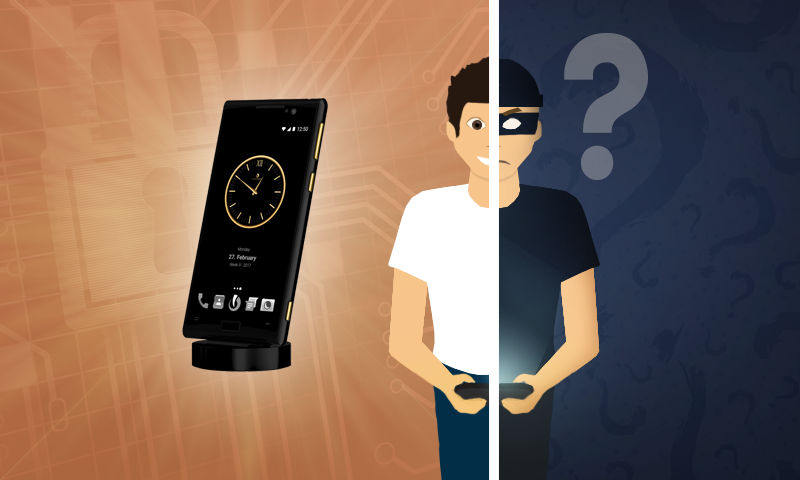 Luckily, cyber security pioneer John McAfee is back with what is being dubbed as the most private smart phone EVER.

If you’re like the majority of Americans, myself included, you know very little about the inner workings of technology. Sure you can update your Facebook, and maybe lay out a killer spreadsheet, but the encryption of files so that your information is safe? Forget it.

The most security an average American puts into their phone or handheld device is covering the screen during a risqué text. Unfortunately, stories of hackers getting crucial information, and funds, are becoming a monthly norm as major retailers become the victims of elaborate security breaches on a much larger scale.

Luckily, cyber security pioneer John McAfee is back with what is being dubbed as the most private smart phone EVER.

McAfee, founder and namesake of McAfee Inc., made his millions during the computer boom of the early 90’s. After aiding in the development of countless software protection programs, McAfee moved on to a new company, MGT.

Concerned, and mildly intrigued, by the growing number of computer hackers, the company, under McAfee’s leadership, set out to create their own product, the Privacy Phone.

Similar phones such as the Blackphone have been advertised as “secured” phones, however they fall just a bit short for most techies or users who want true privacy. Layers of protection cover virtually every facet of the new Privacy Phone.

All forms of communication are heavily encrypted, and the phone is loaded with the most advanced anti-virus software.

Users’ locations, bank accounts, photos, and all of the other information people readily load onto their phone will be solely accessible by the owner.

Much like the issue of offshore sweatshop manufacturing, see TPP, personal privacy in regards to technology has been overshot on both sides of the political spectrum.

Think back a few years, if you will, to when SOPA & PIPA were hot topics. SOPA was introduced by a washed up Republican, Lamar Smith, and the latter by an equally loathed Democrat, Patrick Leahy. The Obama administration was plagued by constant controversy over the NSA, and just last month President Trump railed back on regulations, which required websites to at least inform their visitors of data collecting.

Though McAfee is a Libertarian at heart, I think all American’s can agree that they’d like their privacy to be respected. There’s a big difference between the progressive calls for free education and this invasive “Big Brother” style of expansion.

From business’s noting your personal searching habits, to issues of “doxing” at protests, the technological era has encroached on many of our rights.

The Privacy Phone by MGT is steadfast in its mission of keeping its users secured, and is set to launch its updated sequel phone in early 2018. McAfee has released a limited number of vouchers for the first release (we snagged a few), so click here if you want to lock yours down.