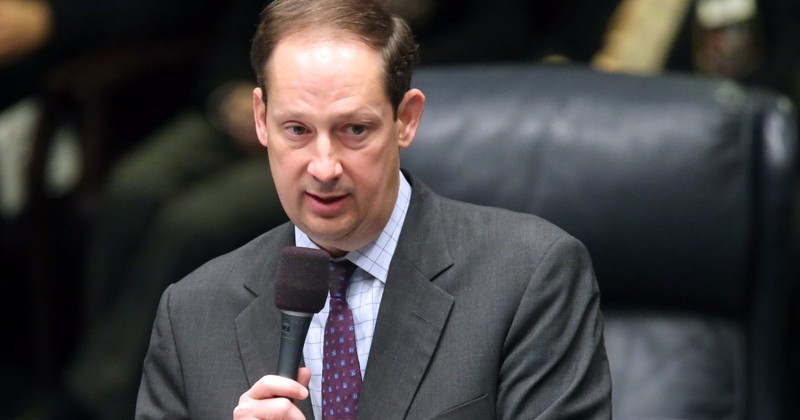 Florida Senate President Joe Negron has placed himself in the cross-hairs of Florida’s veterans for refusing to allow a bill that provides for tougher penalties to those that deface and destroy monuments to veterans.

Press reports on April 17, 2017 quoted Sen. Bracy as saying that this has “kind of been an overall policy position of mine” not to make vandalism a felony.

“What Bracy and Negron don’t seem to get is vandalizing a memorial to dead soldiers and heroes doesn’t sit the same with Floridians as vandalism of, say a phone booth, or a stop sign” said David McCallister, spokesman for the SAVE OUR HONOR initiative.

Bracy’s legislative focus has been on de-criminalizing juvenile offenders. One of the first bills that Sen. Bracy’s Criminal Justice Committee passed was SB 195, reduced criminalization of adolescents who make “childhood mistakes and lack of judgment and maturity.”

Bracy’s concern about SB 418 seems to be unfounded, if his primary concern is really about juvenile offenders. Since 2014, dozens of memorials to Veterans have been vandalized, and only a few arrests have been made, none of them by minors.

“Our research shows the vandals ranged in age from 19 – 27“ said McCallister. “The desecration of these memorials were purposeful acts, not teenage pranks and they deserve more than a slap on the wrist” added McCallister.

According to the Veterans Administration, 21.3 million veterans live in Florida, roughly 10% of Florida’s population is Veterans and approximately 30% of Florida households include a Veteran.

“Bracy and Negron are out of touch with the voters in Florida” said McCallister. “Veterans and their families, along with other patriotic Floridians, are repulsed by the images of desecration to these memorials. What Sen. Bracy and Sen. Negron don’t seem to get is that these memorials are sacred – that they deserve respect.

“They’re more significant to Floridians than are public phone booths – yet there are NO real deterrents for desecrating them”.

Several veterans appeared at a Tallahassee news conference in late April to condemn Bracy and Negron for being “anti-veteran” and called upon Negron to release the bill for a vote.

Veterans from across the state calling on Negron to act recently in the capitol.

The legislative session is scheduled to end on Friday, May 5, 2017 so time is of the essence, stated Seber Newsome III of Jacksonville.

“We flooded Negron’s office with hundreds of calls in the last week and Negron seems disinterested in supporting the veterans of Florida, the next action will be at the ballot box.”