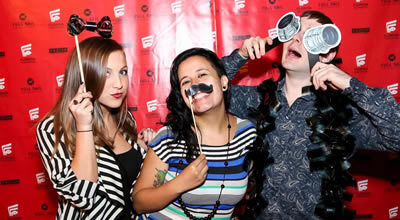 Yes, in between all of the featured films and decadent showings lies the rest of the fest, the parties.

The Florida Film Fest is officially here, and what would it be without a little elbow rubbin and some food grubbin? Yes, in between all of the featured films and decadent showings lies the rest of the fest, the parties. The areas around Winter Park are some of the most lively, so grab a ticket and get to livin!

“Ughhh, my head”. Partied a little too hardy on opening weekend? No worries, Enzian’s got you covered. A professional chef will be dishing up a proper brunch to get you fueled up for another day. At a more than fair price, this event will surely serve as an opportunity to meet some fellow filmers. Enzian is always such a chill place, the perfect way to start a Sunday morning. This event will also be taking place on the following Sunday, same time and place.

Everybody loves Whole Foods, there’s no doubt about that. The Whole Foods in Winter Park has been a staple of the community, and they’re bringing some of their food to you! Tons of organic apps will embellish the Enzian in an edible way, much to the joy of film followers and foodies alike. Best of all it’s free and open to the public.

Arguably the hippest party going on during the Film Fest celebrations. Ten10, located on the ever budding strip of Virginia, is hosting a night of shenanigans for many industry professionals. Though it may be a bit of a “who’s who”, it’s all in good fun and also encourages visiting participants to venture a little further into Orlando.

As the festival comes to a close, film makers and lovers will dress up in their finest for what will surely be an elegant affair. The best of the best will be highlighted and awards will be given out. Afterward, the party will be on at Eden Bar as the drinks start flowing. A dinner buffet is included with admission price as well, so be sure to come hungry!

We’ve always had a blast covering Florida Film Fest over the past five years, and the extra events have always been a good time. The influx of culture, both in film and food, has been vastly appreciated by locals for years and brings excitement to the city. These extra curricular events have become the icing on an already delicious cake, and over the past few years they’ve only gotten sweeter.