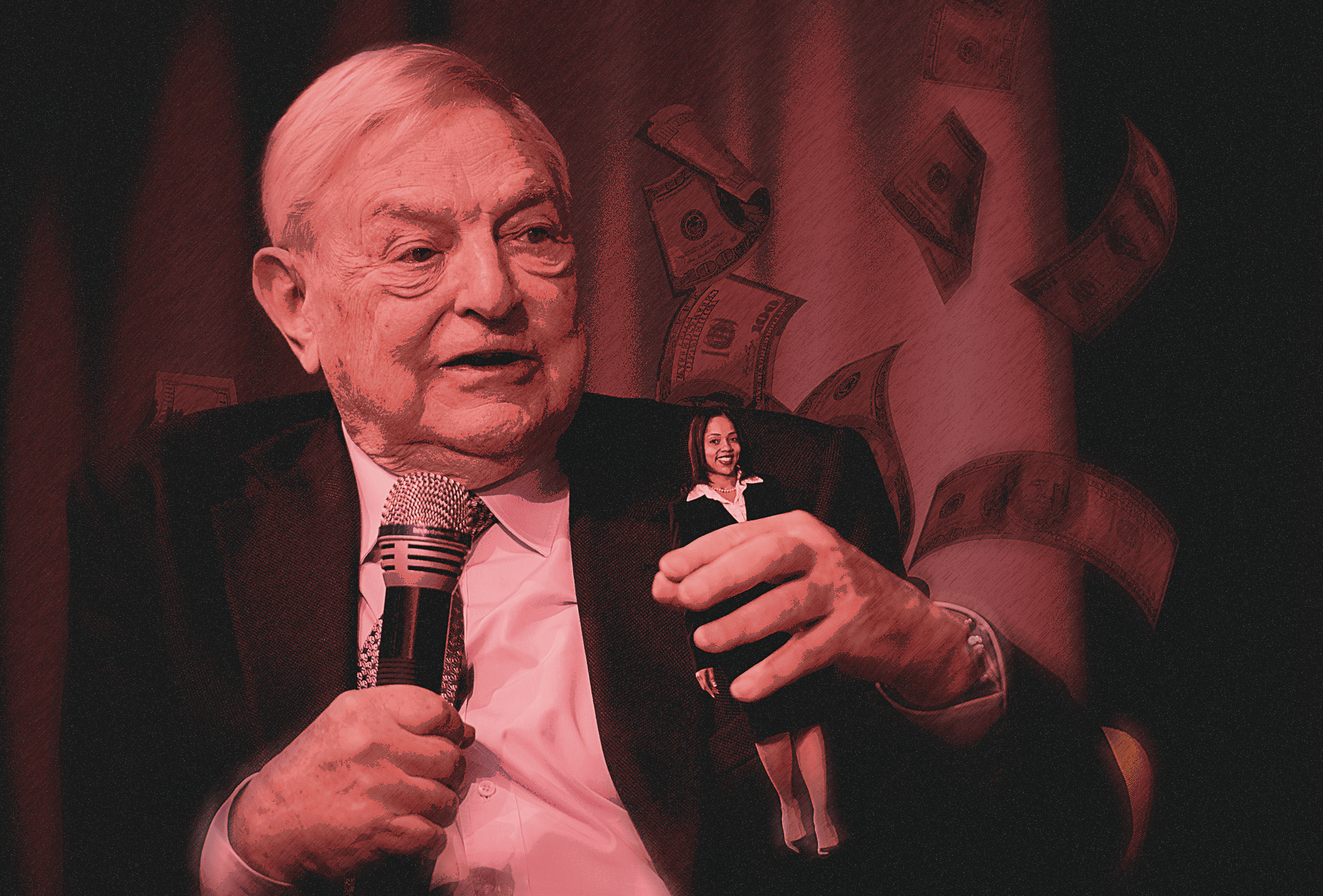 Orange and Osceola County State Attorney Aramis Ayala has even deeper ties to the liberal billionaire and political financier than previously imagined.

As each day passes, it is becoming harder and harder to believe Aramis Ayala when she says that her political benefactor’s fat paycheck has had no influence on her decision to not charge death penalty.

Whether you agree with her decision to announce this and test this new policy with the case of Markeith Loyd, a cold-blooded cop-killer who also murdered his pregnant ex, everyone agrees that special interests should not influence prosecutors.

During her campaign for State Attorney, Ms. Ayala benefited from $1.3 million dollars in outside money from a committee funded by George Soros.

Now, internal emails and other evidence show that Ayala’s connection to the liberal billionaire has gone from an injection of outside money to a job for her husband and support from Soros funded social justice groups.

Whitney Tymas, who operated the Soros funded Florida Safety and Justice committee, gives us our first clue into how the liberal billionaire is working post-election to support the Orange/Osceola State Attorney in her personal and professional life.

She worked with a criminal justice group that wanted to alter the justice system in the United States with Chloe Cockburn, who now runs the criminal reform division of the Open Philanthropy Project.

OPP is another Soros linked group, which also has ties to Aramis Ayala. OPP gave a “no process” grant in the amount of $48,000, to Florida Felon Rights Restoration Coalition after Ayala’s election in August, according to the project’s website.

FRRC was formed by friends of State Attorney Ayala allies Desmond and Sheena Meade and would receive another $130,000 through a “no process” grant before hiring the top-prosecutor’s husband, David Ayala.

How much is Mr. Ayala making in that role and does that present a conflict of interest for Ms. Ayala? Her biggest donor funds a social justice group out of the blue and then her husband gets hired?

The connections between Ayala and organizations that are funded by Soros’ Open Philanthropy Project don’t stop there. As several local news outlets reported on in the past month, Ms. Ayala received “talking points” from anti-death penalty groups and thus provided more evidence connecting Soros/Ayala through OPP.

Miriam Krinsky, the executive director of Fair and Just Prosecution in California, actually authored the “talking points” email. She also worked for a group that received another out of the blue “no process” grant from Soros’ OPP.

Fair and Just Protection got $1,500,000 from the Open Philanthropy project after Aramis Ayala’s election to become State Attorney. Follow the money and points of connection…

Follow The Money: Soros/Ayala Timeline by Jacob Engels on Scribd

Now, as revealed by Local 6 expose on the talking points emails, this group has been working overtime to provide counsel and PR advice to State Attorney Aramis Ayala. First her husband goes from working at Sprint to landing a job at FRRC, but only after they get a “no process” grant from Soros linked OPP.

Soros funded her impressive win and now he is getting her husband a job… and is also providing outside support and coaching in her professional life as State Attorney?

As we said at the start of this article, everyday something new is revealed about Ayala’s connection to Soros and her management of the office as it sits under this cloud of controversy.

I argue that Ms. Ayala wants this sideshow to end as soon as possible, as she is having an increasingly hard time filling open vacancies, recently lost a top prosecutor who resigned over her controversial decision, and has even been victim of an unknown cyber identity named Publius.

Existing only as an email account, Publius continues to rock former and current employees of the Orange and Osceola County State Attorney’s office with detailed accounts of inter-office gossip, shocking code-of-conduct violations, and more.

But is Ayala really in on it? Or did she just catch the eye of George Soros during her campaign and the job for her husband and top-level PR strategy from Soros linked groups happen by coincidence?

I certainly think the evidence speaks for itself, but State Attorney Ayala might have a perfectly good explanation for everything.

Until we really know the whole truth… might we see even more damaging leaks from Publius, more resignations, and continued turmoil?

If these coincidences aren’t illegal, they definitely aren’t things we have accepted from our local prosecutors in the past. It’s up to Ayala to present her case and convince residents that she is COMPLETELY independent of George Soros or those closely linked to him.

Right now, it seems like Soros has a tight grip on our State Attorney, for better or worse.