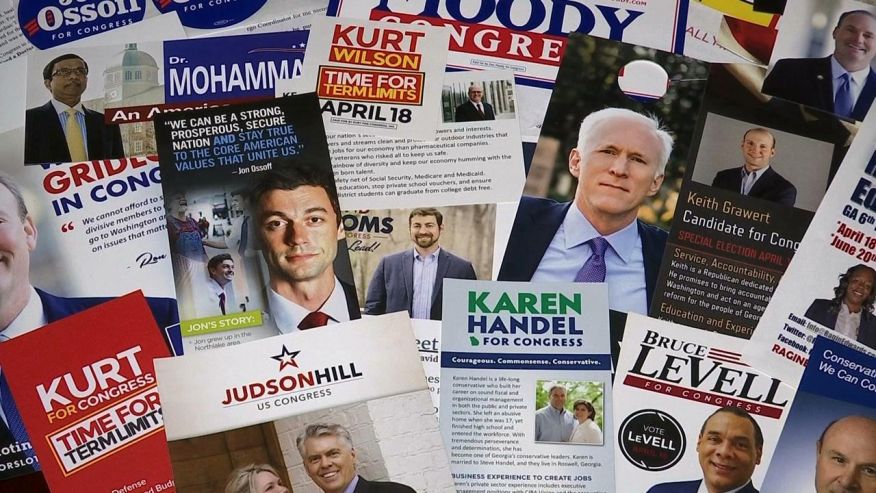 There will be many close races like this special election in which voters go to the polls and decide whether campaign promises made in 2016 were kept.

For a few hours Tuesday night, it appeared as if the Republican Party’s obituary was being written. Little known Democrat Jon Ossoff was leading big in Georgia. It was to be a repudiation of Trump, a sign the left was energized and Democrat control of Congress in 2018 was inevitable.

Then the results continued pouring in and shrinking the lead. Not until after mid-night did Ossoff’s share sink below 50%, forcing a future run off which will be fascinating to watch and likely very close.

The rush to jump to conclusions about what the results mean should be tempered. We cannot conclude the GOP is weakened. Neither can we conclude we are invincible. The results in Georgia’s Sixth District did not afford either side the decisive victory they craved.

Political talking points aside, we can only go as far as the numbers allow. Here is what they tell us: Among the 16 party affiliated candidates, Republicans and Democrats virtually tied in a district Trump narrowly carried. Astronomical out-of-state spending made no discernible difference. It is still early, and the jury is still out on how Americans feel our President and Republicans in general are doing.

Of course, Democrats may seek comfort by the success of a 30-year-old political novice who does not even live in the district defeating the closest GOP challenger by almost 30 points. Jon Ossoff should not be taken lightly in the run-off.

As Republicans, the only sound conclusion is to take nothing for granted. We control the White House, the Senate and House of Representatives. We have been given the mandate to solve our nation’s big problems. While I would like to think we will maintain this control well beyond the 2018 mid-terms, this is far from guaranteed. We face a Democrat party prepared to fight everywhere, even in red Georgia.

There will be many close races like this special election in which voters go to the polls and decide whether campaign promises made in 2016 were kept. Did we fix our broken healthcare system? How about immigration? Did we deal with our national debt? Did we balance our budget? Did we improve education?

We have an incredible opportunity for the first time in a generation to solve some of our longstanding problems. A close race in Georgia reminds us it is time to get some of these things done since we are not guaranteed more than two years. The best thing we can do to solidify our standing in the mid-terms is to score a few strong legislative victories which reduce the size of our government.

Welcome to the 2018 election, friends. It is officially on.

Jesse Phillips is an IT consultant in Seminole County who serves as the State Committeeman of the Seminole County Republican Party. He managed a successful State House campaign and also led a statewide effort to educate voters on the records of Florida Supreme Court merit retention candidates from 2010-2012. He is a UCF graduate, fourteen-year Seminole County resident, and a proud husband and father of three sons and a daughter.