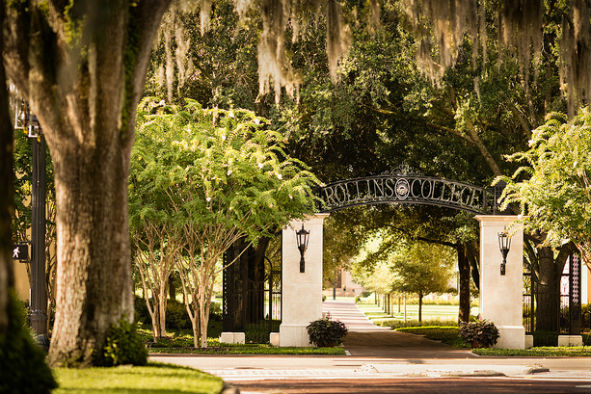 Disgraced professor Areej Zufari requested an order of protection from the courts, but was swiftly denied in a single court hearing.

Rollins College is yet again becoming subject of further embarrassment at the hands of a radical humanities professor, who is the center of an ongoing controversy that has reached around the globe.

It all started when Muslim professor Areej Zufari issued a revenge grade against a Christian student who openly stood up to her biases in class.

Those biases included Zufari’s belief that the Crucifixion of Christ was a hoax, and that his disciples did not believe he was “divine.” The first essay grade Polston received after he challenged Zufari on that assertion was a stone cold “F”.

Gathering that it was a retaliatory grade, Mr. Polston reached out via email to resolve the matter.

Professor Zufari refused to explain her grade, despite several attempts by the student to get a straight answer from her. Instead, she played the victim card and said the communications were making her feel “unsafe” in communications to Rollins College officials and administrators.

Zufari then filed several frivolous complaints with campus safety personnel and the Winter Park Police Department, making outlandish claims about Polston’s demeanor and attitude towards her.

Professor Zufari would go on to accuse him of breaking that suspension order and showing up on campus, which our investigation proved to be flat out false. An independent investigation by Rollins would subsequently reach the same conclusion.

In a complete tailspin, Rollins College went from defending the teacher, to issuing a ruling lifting the suspension of the student and determining that evidence gathered did not support Professor Zufari’s claims.

For reporting the truth, several media outlets decried us as “Fake News” and of being involved in a “gaslighting” conspiracy.

The Orlando Sentinel, Orlando Weekly, and even Snopes had to wipe the egg from their face when the school lifted the suspension. We were vindicated when Rollins reinstated Polston, but are still waiting on an apology from the mainstream media. In the meantime, someone might want to grab them another napkin.

They based their support of the professor entirely on the fact that her filing an order of protection was evidence enough to back up the claims of Polston being a “safety risk”.

According to documents obtained by the Central Florida Post, Professor Zufari’s request for an order of protection has been thrown out and dismissed by the Orange County Circuit Court.

If both Rollins College and the Orange County courts aren’t able to find sufficient evidence to support the professor’s claims against the student, how can anyone defend her integrity… and how does Rollins College justify her continued employment?

“Anyone who runs down to the courthouse and files an unfounded claim based on hearsay and slander is unfit to teach America’s youth, in any capacity. Rollins should relieve Zufari of her teaching responsibilities immediately. The entire imbroglio has left her devoid of credibility and the reputation of Rollins College is at stake. The students deserve better, the boosters deserve better, and Winter Park deserves better.”

National pressure on the school has not let up over the past week, with tens of thousands of emails and calls from across the United States flooding the phone lines and email servers, all demanding Zufari be held accountable for her false claims and that Polston be reinstated.

With Polston’s suspension having been lifted by Rollins, part of that campaign has been won, but groups like Act for America are continuing to call for Professor Zufari to be fired for her false claims.

“A professor used her position as an authority figure to intimidate Marshall’s free speech. Then, we find out the professor, Areej Zufari, made false statements to the police. Then, we dig deeper and discover Zufari has ties to terrorist groups.

Notwithstanding Marshall’s reinstatement, Zufari must be fired for her false police report and her connections to terror groups. Defend our free speech, keep terror out of our schools, and #FireZufari,” Act for America Field Coordinator Scott Pressler told the Central Florida Post.

As more information becomes public about Professor Areej Zufari’s tall tales, it becomes harder and harder for Rollins College to ignore the very real need for her to be terminated.

Just this past Saturday, nearly thirty people gathered across from Rollins with signs reading “#FireZufari”. The longer they wait to take action, the louder the drumbeat grows… at what point is the embarrassment of Professor Zufari’s actions no longer worth it?

Only time will tell.