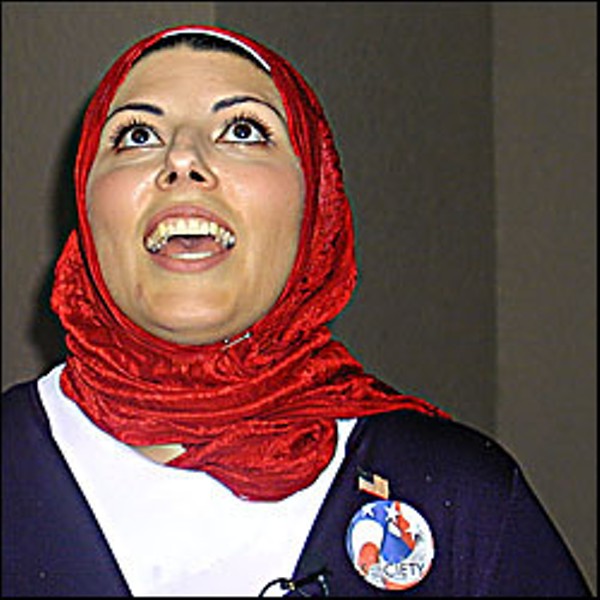 In the ongoing saga between a Rollins College student and professor, our publication has learned of the existence of two conflicting reports relating to the controversy between Christian student Marshall Polston, and Muslim Professor Areej Zufari.

Ms. Zufari is accused of abusing her power to exact revenge in the form of a bad grade on Polston, pushing for his suspension, and of using the class as a vehicle to promote her radical interpretation of the Islamic faith.

The Central Florida Post first reported this story, which has since gone worldwide and been shared tens of thousands of times on social media.

Our latest investigation reveals a report from the Rollins College Campus Safety Department, which alleges Zufari called police after Polston was “seen” looking through a window of her classroom.

Backed up by a student, whose name we have redacted for their privacy, Mr. Polston is accused of “staring into the room”.

We were able to determine in our first article that this was impossible through security footage at the gate of Polston’s neighborhood, along with surveillance stills from a Dr. Phillip’s Chipotle restaurant.

But the final Winter Park Police Department report, which they are making available to the public, makes no mention of Polston being on campus. Instead, it reads MUCH DIFFERENTLY than the original report.

Zufari complains about Mr. Polston’s emails chastising her for giving him a sloppy grade without explanation, but makes no mention of him being at the most recent class or on campus. In fact, Zufari admits that no physical threats were made and she was upset he “disrupted” HER CLASS.

Why did Areej Zufari change her story in the final police report? Why is there no mention of her allegations and of the student she enlisted to support her false report to the Winter Park Police Department?

Was Polston present or not? Did you enlist a student to lie for you or not? People want to know.

The discrepancies in these two reports demonstrate that Zufari’s testimony is not reliable and is ever-changing to fit her needs, she even attempted to say it was about “guns” to the Orlando Sentinel… saying she once heard Mr. Polston speak about firearms. She provided no context of the comments, but provided liberals with a way to change the narrative.

Professor Areej Zufari should be suspended without pay ASAP, pending an investigation by the school. Winter Park Police should collaborate with a neighboring agency and an independent third party to review her past and the veracity of her claims.

In our next report, we will reveal more information about Professor Zufari’s past ties to radical interpretations of Islamic doctrine and more.