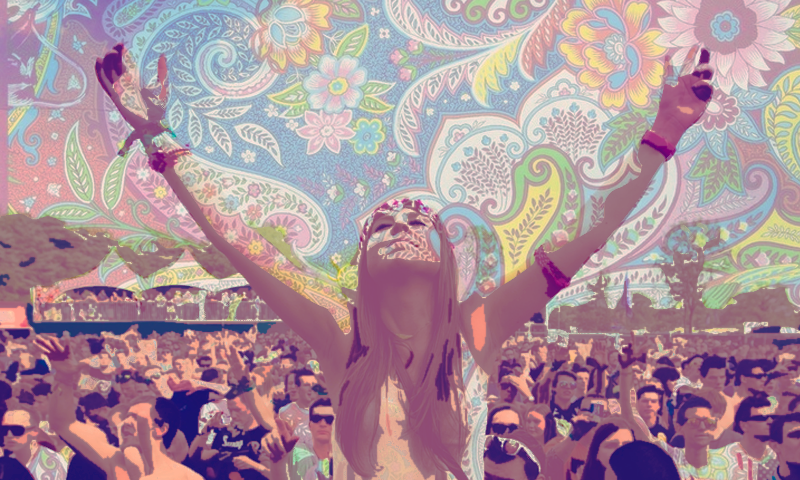 We’re blessed in Florida with a list of big name festivals each year. From Gasparilla to Okeechobee, The Fest to Sunset, our state is a multi-genre host for heavy hitters.

The Music Festival – what a surreal experience, and one which has become an integral part of the 21st century. We’d had em before, but not like this. For some it’s a lifestyle, for others it’s the weekend. They can take place in forests, or just as well on the blocked off streets of any downtown. One thing is certain though; we want lots of musicians and lots of artists serenading our senses well into the night. We’re blessed in Florida with a list of big name festivals each year. From Gasparilla to Okeechobee, The Fest to Sunset, our state is a multi-genre host for heavy hitters. Often times though, the more “local” festivals are just as abundant with talent, and just as much fun… So grab your Festyyy Bestieee and getcha some!

Zen Awakening Fest – My first time in Wildwood, Florida was spent next to a broke down van about 50 ft from mile marker 300. My band had just hit the road, bound for Oklahoma, and we’d barely made it out of Orlando. Long story short, the people of Wildwood helped us get back on the road, their arms were as open as the area around them. If you’re looking to get back in touch with nature, Zen Awakening is the place. I respect this festival a lot because it aims to steer away from at least the archetype of the drug culture, typically associated with Dead-esque fests. Zen Awakening believes and confirms that countless musicians, a plethora of yoga / meditation workshops, and the organic food vendors are more than enough to take your soul out of the work place and into total zen.

Florida Music Fest – FMF has become a tradition in Central Florida. Recently though, the festival removed national headliners and completely revamped itself to focusing solely on local, and primarily unsigned talent. Cutting out the national acts also brought a welcomed drop in price, from $15 to FREE. Tons of downtown bars such as Tanqueray’s, Cheyenne Saloon and the entirety of Wall Street have music going on all day and night. It’s a cool weekend that got cooler by localizing. The free admission has made it bigger than ever over the past few years, making it a banger weekend for businesses and the City of Orlando.

Ranch Days – Heeeewwww eeee! Thiseere fessival takes place in good ‘ol Pas-Co County on THEE beautiful lil Everglades Ranch. This one’ll bring out the Florida in any boy or girl, and it’s definitely the best real Country/Bluegrass festival around. Typically taking place in February, you can usually count on some of our state’s best weather. Tons of fiddles, loads of banjos and wide-open acres make up Ranch Days. All ages are welcome, and there’s something for everyone; Hot air balloon rides, petting zoo’s, the works. It’s a festival for Bob Dylan and Hank Williams lovers alike, so scootcher self on down there nex time nah!

EarthDance –  Alright you heady festys, here it is. EarthDance is the quintessential hippie, heady, trippy light show Fest, and it’s all about peace and it’s all about looove. EarthDance really is awesome, and shares an awesome vision. Held syncretically throughout the world, festival attendees at each country’s event sync up to one unified moment to offer a prayer of good will and peace. Florida’s EarthDance takes place at the always-positive Maddox Ranch, exit 31 in Lakeland. Camping, music, and even a pool make it a nice easy weekend.

There’s a massive, and truly diverse abundance of talent in Florida, and festivals are always unique places to see live music. Venues have atmospheres, but it’s the people who set the vibe of a festival. So go find a shade tree, enjoy some music and welcome the little Spanish Moss that will surely land on your shoulder.