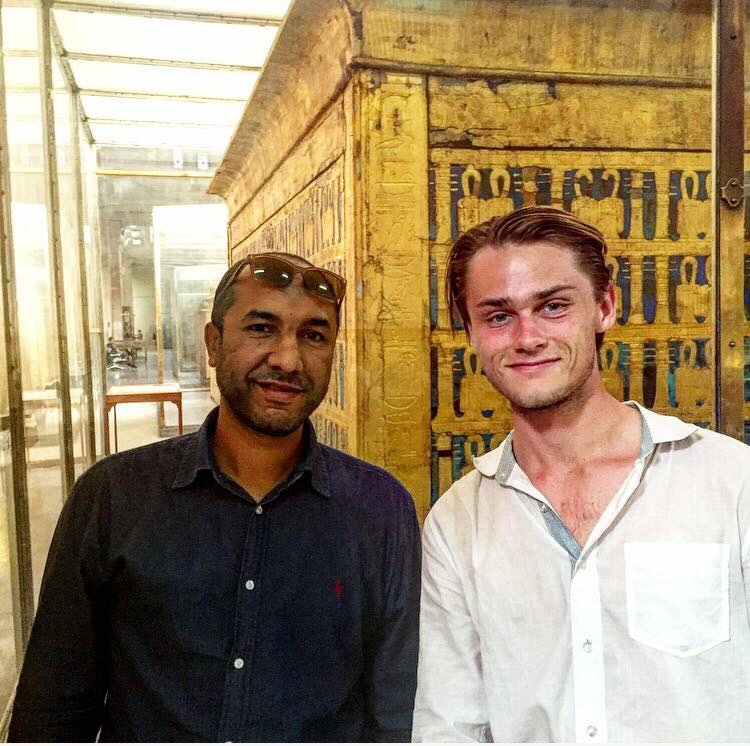 The school’s academic double standard and complacency with dangerous hate speech is on full display.

Not even a year after Radical Islamic terrorist Omar Mateen killed 49 people at Orlando’s Pulse nightclub, Rollins College officials are punishing a Christian Conservative student who challenged a liberal Muslim professor and radicalized Muslim student during a conversation on the application of Sharia Law.

Marshall Polston confirmed to the Central Florida Post that Professor Areeje Zufari, who teaches a “Muslim Humanities” course at Rollins, has made outlandish claims against him and even filed a false police report.

Early on in the class, Polston said he realized the professor was harboring Anti-Christian beliefs, demonstrated by the professor’s assertion that the crucifixion of Jesus was a hoax and that his disciples did not believe he was God.

“It was very off-putting and flat out odd. I’ve traveled the Middle East, lectured at the Salahaddin University, and immersed myself in Muslim culture for many years. Honestly, it reminded me of some of the more radical groups I researched when abroad.”

Whether religious or not, I believe even those with limited knowledge of Christianity can agree that according to the text, Jesus was crucified and his followers did believe he was divine… that he was “God.” Regardless, to assert the contrary as academic fact is not supported by the evidence.

Polston says that he challenged her on this point during a class discussion and after that, Professor Zufari promptly failed him on a major essay and refused to provide input as to why she issued a 52% grade for the essay.

“I was upset, understandably. I’ve never gotten anything less than straight A’s, so I was really interested in figuring out how to possibly improve or at least understand the grade.”

This is when we step into the Twilight Zone. The teacher then reported Polston to the “Dean of Safety” at Rollins and cancelled class because she claimed he was making her feel “unsafe.”

When classes resumed, the professor decided to focus on a hot-button issue, the application of Sharia Law. During the discussion, according to Polston, another student made a shocking statement.

The student, a yet to be identified Muslim male, is said to have showcased a very strict adherence to the Quaran in previous group talks. But this time, he went too far for many students in the classroom.

“He stated that a good punishment for gays, adulterers, and thieves was the removal of a certain body part, as determined by Sharia law.  It took a few seconds for me to realize that he actually said that, especially after what this community has faced with the tragic loss of life at Pulse,” explained Polston.

The Muslim college professor jokingly responded to the student that he was “in time-out” or something to that effect, and should remain quiet for a few minutes. Several students, of both Islamic and Christian backgrounds, thought the teacher should have reported the incident, but the request fell on deaf ears.

One student, who asked to remain anonymous, even reported the incident to the F.B.I., figuring it was better to say something than just ignore it.

That’s when Polston was summoned to the Dean of Safety’s office to discuss his probable suspension and how he was making Rollins College “unsafe” because of his difference of opinion with Professor Zufari and the hard-line Muslim student who displayed Islamic Fascist sympathies.

“They made it clear that they had not gotten a report about what the student said, and were more concerned about the danger I was causing to the campus. What danger? A difference of opinion in a college classroom is nothing out of the ordinary and certainly not dangerous. It was surreal and degrading. The bad grade was upsetting, but they were literally refusing to acknowledge the dangers posed by someone who advocated chopping off body parts on campus.”

The Central Florida Post reached out to the elite college’s media relations team several times earlier this week and never received anything back. We also texted the professor, who refused comment and seemed upset that she was being asked about the incident.

Now we have learned that Polston has been suspended from the school and ordered not to appear on campus or have any contact with Professor Zufari. That letter can be seen below.

Letter of Suspension by Jacob Engels on Scribd

Professor Zufari has also filed a police report with the Winter Park Police Department, claiming Polston violated the order and showed up to class on Thursday to harass her, according to documents obtained by the Central Florida Post.

This appears impossible however, as Polston confirms to us that he was with his elderly grandfather and traveling to Daytona Beach for the opening of Embry Riddle College’s MicaPlex during the hours the class was held.

He has even provided a receipt from a restaurant in Orlando’s Dr. Phillips area, and stills of video surveillance showing him purchasing food during the time of the class as well.

“I will be releasing witness statements shortly proving I could not have been where Professor Zufari said I was Thursday night. It’s shameful that she lied to the police.”

Polston at the Dr. Phillips Chipolte during class.

Given the evidence we have gathered, and the refusal of either the professor or Rollins College to address this matter, we believe that Rollins College should immediately suspend Professor Zufari and open an investigation into what actually happened.

“Obviously Rollins College has an agenda when it comes to Religious Freedom. Apparently freedom of speech is not allowed on campus, unless it offends Christian beliefs.”

The Central Florida Post has tried numerous times to obtain comment from Rollins College, Professor Zufari, and the Winter Park Police Department to no avail.

We will update you as this story develops.