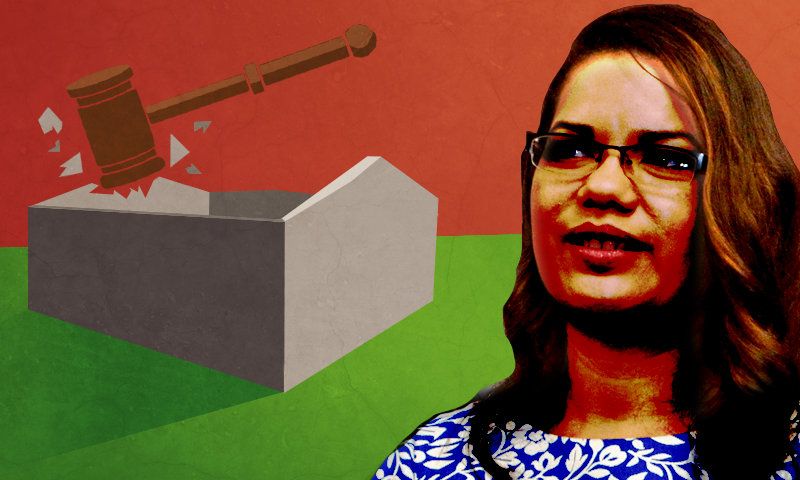 First-term Orange County Commissioner has had numerous run-ins with other fellow Commission members and has remained strongly anti-development in her first few months.

Last year, Emily Bonilla rode the wave of negative sentiment against two developments in East Orange County all the way to the County Commission, financed in large part by tens of thousands in special interest money from controversial liberal billionaire George Soros and a vast volunteer network from several anti-development programs in her district.

And deliver on her promises she has. Since being sworn in, Bonilla is a developer’s worse nightmare. Her radical requirements and demands, which can be traced back to her leadership of Save Orange County, continue to earn ire from those in the business and real estate community. She just won’t budge.

While Commissioner Bonilla has made her best effort in forming relationships on the Commission, career politicians like Mayor Teresa Jacobs, Commissioner Jennifer Thompson, and Commissioner Victoria Siplin have been cold, to say the least.

We have already seen arguments between this lot over appointments to park boards, the consequences of elections, and who has more of a right to be “delivering on their promises” to their constituents during their time on the Commission.

It’s petty stuff but sadly it could be a taste of the future for Bonilla in a town where she is viewed as a political neophyte because of her lack of public service prior to being elected. She is an outsider to the moneyed high dollar donors and the political establishment.

Her remaining time on the Commission is likely to include more friction, unless she can find a way to get the upper hand on the shadowy forces that control local, state, and federal level elected officials.

Since it is Teresa Jacob’s last term as Mayor, the race to replace her is already underway. Developers, the business lobby, political operatives, partisans all have prospective candidates testing the waters.

However, for those who want Orange County to adopt an even stricter anti-development tone, there is no champion currently contemplating a bid for Mayor. Enter Emily Bonilla.

By becoming Mayor, she could reshape the Commission in her image. This might not sound probable but there are actually a lot of ways she can accomplish this.

Her power is based on the opposition of any and all development in Orange County, which gives her pockets of people around the county to build a politically diverse countywide base.

In a mayoral campaign that is estimated to feature up to seven contenders at minimum, Bonilla also has a much lower win number to get through to the general election than she is likely to have in a 2022 race. And 2018, if history is any indicator, could be very good to progressive candidates like Bonilla, from the Commission all the way up to Congress.

Her ability to build on this anti-development energy RIGHT now for a 2018 bid might be the best shot she has to accomplish her ultimate goal of stopping development into the remaining open land in Orange County.

The headlines and earned media she could garner to roll out her mayoral campaign would give her an early edge. Screw being sidelined by a bunch of politicians with their hands out to developers for campaign cash, Bonilla could stand for the average everyday citizen facing a new way of life as a result of continued development and home-building.

A Hispanic surname in a county with a large and always increasing Hispanic voting base is also another thing Bonilla has on her side. It’s estimated that she pulled almost 10 percent based on heritage alone in District 5. Countywide access to a large voting demographic that has been clamoring for more power on the Commission could finally have a voice with a Bonilla campaign for Mayor.

All of this and more have already crossed the minds of several progressive activists who are quietly trying to figure out who they to get behind in 2018. Bonilla is among several they are currently evaluating, see all rumored candidates here .

Sources tell the Central Florida Post some elements of the local Democratic party, who have not been able to get a solid read on Bonilla, are preparing to co-opt a Bonilla bid early on if she indeed files for Mayor.

The whisper campaign has started, that much we know. It’s not certain if Bonilla is seriously considering the option or just trying to keep her name out there for the hell of it.

It would be a tough road to hoe for Commissioner Bonilla and she should resist the entreaties from the professional political class as soon as she files papers.

Whatever happens, she does not have much time to decide on this if she wants to be successful.

Bonilla’s ascension to Mayor would crush developments recently approved and seeking approval before the Commission. Her mayoral gavel would hammer away at their concrete dreams.