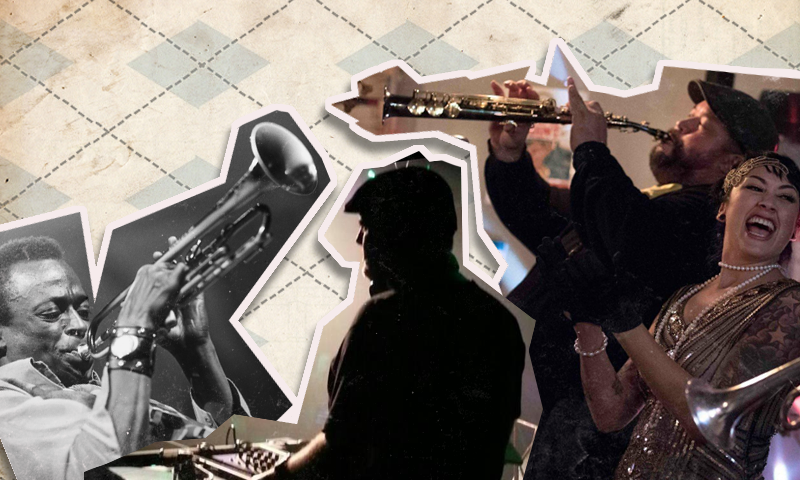 I cannot think of another topic that evokes stronger emotions and disagreements than music, except maybe politics.

I have been around music my whole life. I was born into a world famous and internationally acclaimed musical family with my half-brother, the late American musical innovator and jazz-rock-pop “social music” icon, trumpeter Miles Davis (as an added note, Miles called his music “social music” with the critics and marketers calling the music “jazz”).

As a result, progressive music, no matter what the genre, is my favorite.

I will admit that I am somewhat biased with my commentary here. The first nationally released album which I argue represents the best in musical innovation at this exact moment, along with the synthesis of the past-present-future musical vision, is the new release by Miles Davis and Robert Glasper called Everything’s Beautiful on Legacy Recordings.

The album is an interesting blend of Miles Davis’ “social music,” funk beats and love grooves from the 70’s albums like “Big Fun”, “Get Up With It,” and “On the Corner” mixed into the musical keyboard and production world of Glasper. It also recalls instant moment musical contemporaries like DJ Spinna and keyboard player Chris Rob, my favorite lady Erykah Badu, vocalist Bilal, Ledisi, Laura Mvula, Georgia Ann Muldrow, Hiatus Kiyote, and Miles Davis Band veteran guitarist John Scofield, just to name a few.

However, my favorite off the album is the super funky intro cut simply called “Talking Shit,” featuring Glasper’s hauntingly smooth Fender Rhodes and sampled beats and recordings of Miles speaking. These are taken from the Columbia Studios outtakes of various studio sessions. His personality (one of the many, given that he was a Gemini) shines through as he does exactly what the title of the song says, talking shit, as evidenced by the humorously profane Miles.

On the local/Central Florida music scene, there is no straight jazz quintet that can touch the Chief Cherry Group out of Brevard County. They’re out of control. I first heard them at Lafayette’s Music Room at Pointe Orlando in August 2016 when I was a 9th Judicial Circuit Candidate running for office (the same night our campaign qualified for the November 8, 2016 general election). The Chief Cherry Group is led by multi-reed player Shannon Cherry and their musical repertoire includes Jaco Pastorius, Miles Davis, Cannonball Adderley, Wayne Shorter, Lou Donaldson, and many more. This is real music! And they cannot be touched!

Also on the local musical scene is the Gerry Williams Band. This is another group I was able to see firsthand while campaigning this past summer when they played at the Social in June. The Gerry Williams Band is the funk-soul-R&B-blues “bouillabaisse” that accurately exemplifies Central Florida’s underrated organic, rhythmic blues-funk musical history. This band is a treat to see; they’re very good, soulful and FUNKY! To quote their Facebook page they are “an integration of Funk, Soul, and Rhythm music with styles that blend strange brews of Synths, Beats, and Blues Inflections.” Do not miss the opportunity to see them!

Last but not least, the “dean” of the “musical-mix-master-wheels of steel” academy of music is none other than “DJ BMF,” aka Greg Lentz, resident Godfather of the Social in Downtown Orlando, Elixir Orlando, and all venues hip enough and smart enough to have him on the 1’s and 2’s. “DJ BMF”, for the twenty years I’ve been in Orlando, is the most powerful and innovative at what he does in Central Florida. His musical knowledge along with his understanding of beats, time signatures, and Black music history is second to none. He is indeed the Godfather of the Orlando Hip and ultimately the best in his craft. Do yourself a favor and Google him, follow him and his repertoire, and try to see him live in the club. You will witness funky, groove and beat heaven unfold before your eyes.

HONORABLE MENTION: All things Andrew Spear. His art represents the best of Orlando and you see it around town all the time.

Joseph Haynes Davis is attorney and former broadcast radio host. He is the younger brother of Jazz great Miles Davis, and has appeared on national television programs to provide legal analysis on a regular basis.