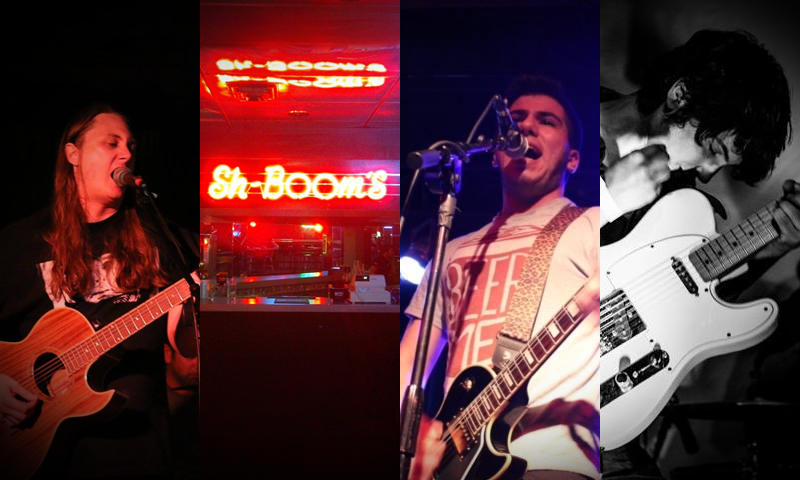 Florida has without a doubt done its part in contributing to the music world.

It’s delivered Rock ‘n’ Roll icons like Jim Morrison and Tom Petty, gifted the world with Jazz legend Jaco Pastorius, and continues to contribute with excellent artists like Surfer Blood and Charles Bradley. Every one of these artists started off playing in local bars and local festivals, so do yourself a favor and go see today’s talent before they hit the big time.

Tight. Take me back to a late 60’s fuzz fest and keep the groove all night long. These guys are exciting. Between their holy harmonies, a monster on bass, and matching Gibson guitars, it’s a show to be seen. Holy Human is one of the most mobile bands in the area as well; they’re in St. Pete and Orlando just as often as Ormond.

After a successful Tiny Desk Concert and a recent performance at Gasparilla Music Fest, it’s safe to say The Sh-Booms are the buzz that brings the booms. The powerhouse vocals from frontwoman Mizz Bren blend with horn-full harmonies and a rhythm section that just keeps kickin’. If you love some Soul (and need Rock ‘n’ Roll) you’d best not sleep on these jams!

Those Damned Damnsels and their damn dog! Truthfully, I’ve never been a defender of Pop Punk – except Kid Dynamite, but these guys are good. They’re loud, fast, and aren’t taking themselves too seriously. Always a good thing. The formula is simple: go to a show and have fun. They’re certainly the most nascent band on this list, but they’re quickly moving around playing cities across Central Florida.

Kinder Than Wolves creates kaleidoscopes of sound, ambient dreamscapes, air & space. I actually saw this band at their first live performance, an open mic at a coffee shop, but I probably won’t see them in that setting again because this group is blowing UP! Over the past year, KTW has toured, opened for Post-Rock giants Tides of Man, and been the focal point of plenty of “Up and Coming” articles.

Next show: So What?! Music Festival (Texas)

Support really does mean the world to any musicians. It can be genuine cheers at a show or even just a like on Facebook. Either way, take part in your community; Florida’s a cornucopia of culture sticking out of a country.
Born and raised in Orlando, Patrick Jude is a recent graduate of the University Of Central Florida. He holds a B.A. in English Literature as well as an A.A. in Jazz Performance. Jude enjoys performing and is an active musician in Central Florida. As a member of The Getbye, he fills the most glorified position of any band… bass.