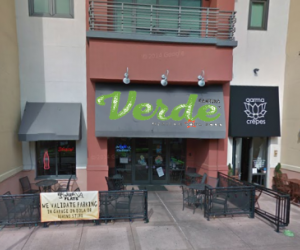 The East Orlando Post has been told by a well placed source that they are moving into a location just down the street from their original location on East Washington.

Patrons and longtime fans of Thornton Park’s iconic Burton’s Bar were shocked to read a report from Bungalower early today about Burton’s Bar and Grill closing after 80 years.

“It’s true, the Thornton Park dive bar staple, Burton’s Bar, has closed for business. Bungalower spoke with an employee who told us that they closed on Monday, February 27. Burton’s was located at 801 E. Washington Street. According to a sign taped to the door, the popular watering hole will reopen in another space in 30 days. All furniture and games have been removed.”

Our sources are saying that Burton’s Bar will reopen indeed, and not too far from their original location. They are reportedly going to be taking over the space that Verde used to occupy off Summerlin. Before that, it was home to a Tijuana Flats.

Hopefully they continue operating a dog-friendly atmosphere, affordable drinks, and everything else that makes Burton’s a great place to hang out.

We will provide more information as it becomes available, H/T to Bungalower for their original report.