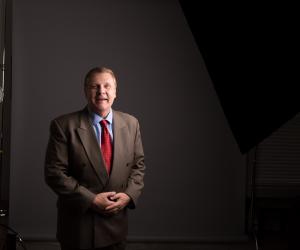 Following State Senator Denise Grimsley’s announcement that she will indeed run for Commissioner of Agriculture, GOP insiders have been wondering what a primary with Orlando businessman Paul Paulson will look like. Grimsley is a career politician who described her intention to become Commissioner of Agriculture as the “next step” forward for her political aspirations.

Senator Grimsley took over the family business some time ago, and identifies herself as a Citrus Grower and Registered Nurse in her biography on the Florida Senate’s website.

The first candidate to announce, Paul Paulson, grew up on a farm run by his father. Paulson owns cattle and farmland in Florida, according to a report from Orlando Rising. Mr. Paulson would go on to serve in the U.S. Army in the Pershing Missile Brigade as a rifle platoon leader and acting inspector general. He also served as a Commander in a Florida Army reserve unit and is currently the JAG officer for a Winter Park, Florida American Legion post.

While Grimsley will have the political establishments backing and a majority of statewide agricultural special interests, sources are telling East Orlando Post that Paulson will tap his vast wealth to become competitive.

“Paul is willing to spend up to $1million dollars to self-finance his campaign. He does not need the patronage of wealthy donors, nor does he desire to engage in the quid-pro-quo nature of accepting special interest money.”

The Orlando businessman confirmed this by phone to the East Orlando Post and also told us that he is currently filing out his campaign team.

The Reed Awards are bestowed upon those who demonstrate “excellence in political campaigning.”

“I’m excited to tour the state and return power to the people. Mrs. Grimsley seems like a nice person, but career politicians have had their shot. How many favors does she owe to wealthy donors and political schemers? We simply don’t know,” concluded Paulson.

Paulson has already loaned his campaign $120,000, while Senator Grimsley has raised nearly $50,000 in special interest donations, according to recent campaign finance reports.