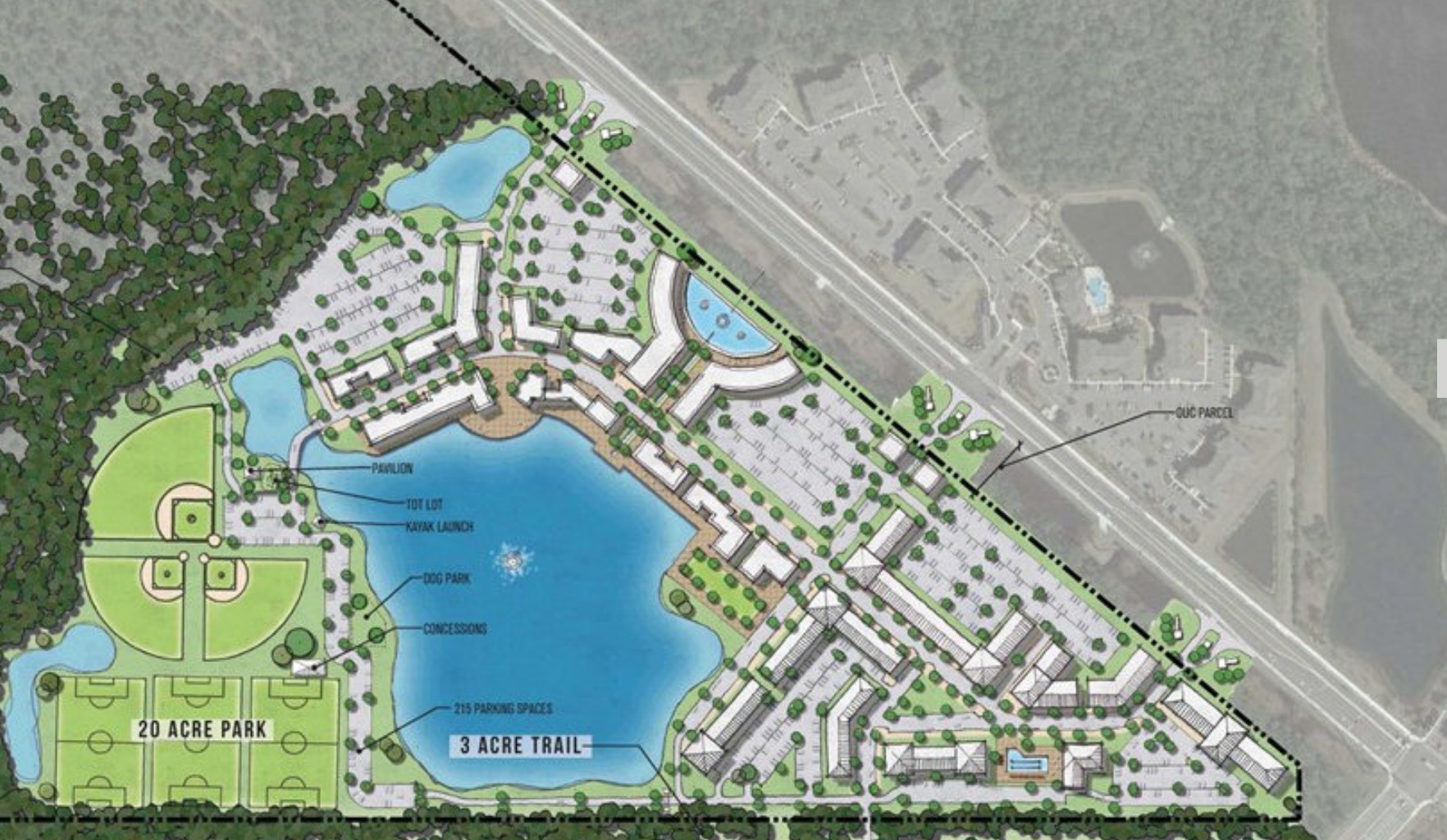 The once dead development of over 500 acres across from Avalon Park should concern local residents.

During the past few years, this publication has fought tirelessly for the unique and sustainable developments located off Lake Pickett road in East Orange County.

We supported these efforts because of the fact that the projects provided tens of millions of dollars in private funding for roadway expansion. We supported them because they are rural style settings with edible walking trails, community gardens, hiking paths, and more.

It’s the kind of deal Avalon Park residents will beg for after realizing how many problems the “East” project on Innovation Way will bring upon them.

In 2008, East was approved for more than 900 apartments and 400 single family homes. It also has over 300,000 sqft of office and commercial space for lease. The project stretches along South Alafaya on the right side and extends onto the 528 access point of Innovation Way. It includes the new apartment complex on Alafaya, the Reserve at Alafaya. Part of the condition was that the developer would build a new park. We’re still waiting on that park.

East Orlando has developed great communities, such as Waterford Lakes, Eastwood, Stoneybrook and Avalon Park, each of which have a good mix of single family homes and apartments.The East development already has too many apartments and has not built the regional park it promised almost a decade ago.

Now, the developer is trying to do something that should be stopped immediately.

Soon, the developers of East will be heading back to Orange County asking the county to approve an additional 800 apartments and 100 town homes. In exchange, they are going to advance the money, so Orange County taxpayers can build the development a 20-acre park.

What this means is an additional 1,200 cars on our roads. It’s an additional 400 students in our schools. And our tax dollars will pay for their amenity, an amenity they will use to sell their wares and make a killing. Remember, the developments near Lake Pickett offered tens of millions of dollars to improve the transportation network. The developers of East provide none of that AND they are asking taxpayers to build them a park.

One train of thought would hail this as an economic driver for the area. More jobs and an expanded base of people to spend money at local establishments, but not so fast.

As is most cases with flashy developments (East’s design and web team are on point, see here), this is a deal that is going to over-promise and under-deliver.

Even with the recent expansion of Alafaya, our roads are not equipped to accommodate double-sided exit and entry congestion. We already have The Reserves at Alafaya, which cause left lane confusion at rush hour, and now we are going to have to deal with East’s thousands of new residents and customers exiting on the right side of South Alafaya.

There will be three entrances on Alafaya Trail before you reach Avalon Park Boulevard to block traffic. Right now, we only have two lanes to house our traffic flow, and this means that there is no relief lane for Avalon Park residents.

Those who frequent locales within Downtown Avalon will face amplified traffic delays trying to visit longstanding staples like Avalon Park Jewelers, Eastside Bistro, and newcomer Nature’s Fuel Juice Bar. Over 25 other local jobs creators will see the only viable route for their customers jam up, causing longer delays. Can you imagine delays longer than other access points like Waterford Chase and E. Colonial?

Airport travelers looking to hop on the 528 will also be delayed.

And what if this new development allows businesses who are competitors to Avalon Park Group tenants in the heart of Downtown Avalon, less than a mile away? This could destroy the earning potential of several local favorites, as East’s tenants have been given rent abatement deals to secure lease agreements for the office and commercial space. Lower rental agreements mean they can undercut our locally owned business in the short term and that could be the kiss of death for many.

This project is the nightmare that most imagine when they vocalize their N.I.M.B.Y. (Not In My Backyard) concerns when a new development is proposed in an area with existing residents.

Going into the new year, we urge Avalon Park residents to demand an explanation of this ill-planned project and why it is moving forward. It’s not like we’re getting the promised four-lane expansion of Colonial that the Lake Pickett developers have agreed too.

In the words of Manchester Orchestra… “Simple math, the truth cannot be fractioned.” We frankly don’t have the infrastructure. The idea of advancing money for community parks and a few new shops is not worth the risk or stress that it will bring. More time on the road means less time at home with our loved ones.

Residents of Avalon Park are afforded with many benefits that increase the quality of life for our families and neighbors. With its current plan, the apartment heavy East development is the grim reaper for Avalon Park residents and the harbinger of mind numbing  commutes.

The traffic will strangle our businesses, drive residents insane, and ensure that friends won’t continue to visit us on “that side of town.” The side of town that takes an hour plus to travel to on a good day from destinations less than 10 miles away, and who could blame them?

If you want a glimpse of the future with East’s new apartments, look no further than Rosemont, Metro West, or apartment heavy University Boulevard around UCF, which became shells of their former greatness after being flooded with apartments. UCF, Metrowest, and Rosemont level traffic in Avalon Park, not quite the way we all hope to start 2017.

As a resident of Avalon Park since it was founded, I stand firmly against this project. It’s not that I am against growth or progress, I’m just against poorly planned projects like East.

We don’t even get a community garden or edible walking trails, we will just get poverty and traffic. 2017 already has enough challenges, East should not be one of them.