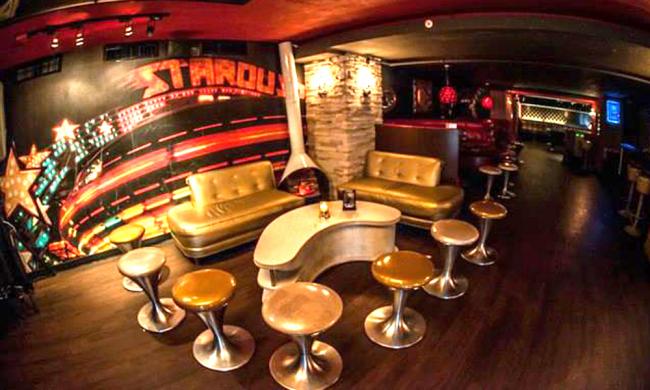 The once iconic and respected Lake Eola area bar is spiraling out of control.

First, let me start by saying that it is sad anytime a business is in decline, especially a place like Stardustlounge.

For years it was a must-do when I would visit Downtown Orlando, a place that my friends and I would be excited to show off to loved ones visiting from out of town and new friends alike.

Though it’s a long walk, or short pedicab ride from the main Downtown Orlando corridor… it was always worth it.

From the James Bond films playing on repeat to the pool tables to the great drinks, it was once a great way to start or finish a night of revelry.

But something started to change at Stardustlounge earlier this past summer.

It wasn’t a new Burlesque show, or a new drink menu, or an updated layout.

Unfortunately for Stardustlounge and those that love it, it appears that the owners and staff just gave up.

Here are the 3 reasons why Stardustlounge is losing business and how they can rebound in 2017.

My mother’s background waiting tables, managing a restaurant and running a bar early on in her life have given me a unique perspective into what works and doesn’t with a business like Stardustlounge.

Her number one factor in determining the viability and longevity of an establishment is always the staff.

From the bar-back to the manager, one wrong hire can derail an otherwise successful business.

For years, Stardustlounge seemed to have some truly talented and dedicated people holding down the fort. However, starting last summer… something changed.

One night, with a friend visiting from out of town, myself and a few others decided to take him to Stardustlounge.

He had moved to Seattle a few years prior and had been to Stardustlounge once before and was very excited to be back.

Our excitement quickly turned to disappointment as we attempted to order our drinks.

It was 4th of July, so it was understandably busy. However, the professionalism (or lack thereof) displayed by the bartender was worse than waiting 15 minutes for one round of drinks.

In between several rounds of shots with other guests, the barely standing bartender had to take our order of three Long Islands several times before completing it.

As I signed the check and left a tip, he informed us that those were “Strong Islands”.

First-off, we didn’t ask for “Strong Islands” and when I took the first sip it tasted like what I imagine nail-polish tastes like.

You should get what you paid for and what you asked for, not some concoction that a hammered bartender threw together on the way to ending his shift.

Instead of demanding a refund or the drink be remade, I simply asked for another splash or Coke in each to make it bearable.

After playing some pool and trying to bare the barely recognizable “Long Island”, it began to smell like a crawfish boil.

Yes, as nearly a hundred people packed into the underground bar for the 4th of July, a group of people entered Stardustlounge with their crawfish and began their meal.

As you can imagine, the whole bar became consumed by the smell of not-so-good low-rent seafood and they didn’t even bother buying drinks.

Groups began to leave and I approached the bar asking for the manager.

A women with brunette hair in her mid to late forties identified herself as the manager and asked what I needed.

I informed her of what was going on and that people were leaving and others were complaining about shellfish allergies.

She seemed unfazed by the craw fish boil happening in the table to the right of the bar and said the following.

“Who cares. People bring food in here all the time and don’t buy drinks. Doesn’t bother me, I don’t have time for this.”

And then I knew why an inebriated bartender was over-pouring drinks (costing the bar money) and taking shots with guests to the point of slurred speech.

From the barback to the manager, if your employees don’t car about your bottom line, your business is doomed.

Stardustlounge was once one of the best places to grab a dirty martini in Central Florida.

However, months after our visit on the 4th of July, it was clear that the downward spiral at Stardustlounge continued.

After ordering a dirty martini (with Tito’s, of course), the drink was returned with a weird tint and the bartender informed us that sweet vermouth was all they had.

No refund. No apology. Just an improperly made drink, a bill, and an uncomfortable lingering until a tip was left.

Several other patron’s at the bar mentioned they had become used to the drinks being “slightly off”.

One gentlemen said he had made a point of asking about it a few nights prior and was told the manager was “supposed to be picking some stuff up next week.”

First the “Strong Island” and then the “Sweet Vermouth Dirty Martini”.

Another few months, we figured… it can’t get any worse… so it must get better?!

After another prolonged hiatus from Stardustlounge, again I dragged a few friends there to give it another chance.

Not expecting much, our standards were very reasonable and we were ready to see if the tides had turned.

Within five minutes of entering, we saw a crowd of people who seemed to be enjoying their night and quick service at the bar.

But after ordering three margaritas, the taste of decline was strong.

Another simple drink with way too much Tequila, simply not enjoyable.

At that point we asked for the pool balls and were informed that they had no eight balls and we would have to substitute another ball in its place.

However, what we found in the back area where the pool tables are stationed was a sight to behold.

At least three couples were sucking face and at least one party was starting to remove clothing and moan loudly.

Look, I get it. Getting a little tipsy, making out a little bit… we’ve all been there.

BUT….a little making out and attempting to hold a 1970’s “Key Party” at a local bar are two different things.

After returning the pool balls and leaving our poorly made drinks, I saw the same mid to late forties female manager with brunette hair behind the bar.

She seemed quite content with wasting the owner’s money on over-pouring drinks and creating an unwelcoming atmosphere for those of us who actually came to spend money.

They desperately need to become customer oriented again. No more drunk bartenders over-pouring drinks, clearly defined expectations for employees and guests, and a reality check for the management team.

If they can accomplish those things, Stardustlounge can once again be somewhere that people can look forward to going.

It can once again be that cool underground bar that plays Bond films, makes amazing drinks, and takes pride in being a welcoming atmosphere.

Oh and they need to fire the “Rude Brunette Bartender”.

Yup the mid to late forties self-described “Manager of Starduslounge” seems to have had run ins with dozens of guests who have left very bad reviews on Stardustlounge’s Facebook page.

Do those things… and Orlando will be forever grateful… we will get the old Stardustlounge back and the owners will see profits increase.