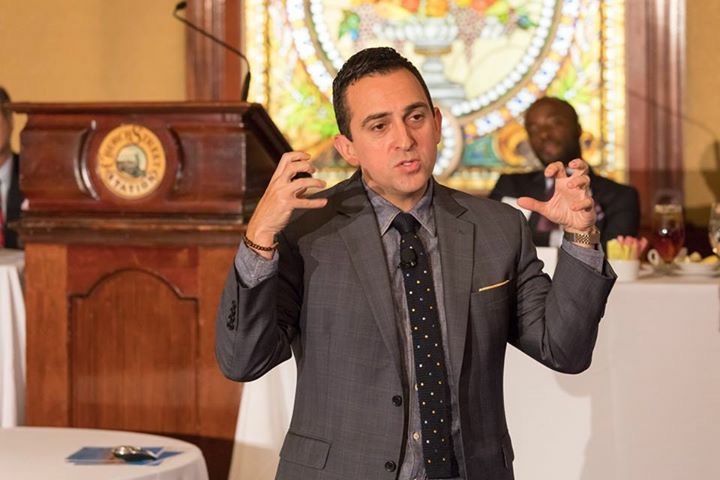 The non-profit leader and advocate against homelessness in Central Florida has a lot going for him.

Last week we previewed potential candidates that could launch a bid for Orange County Mayor in 2018.

Since that article, we have received a lot of positive and negative feedback about the potential candidates.

As we continue to evaluate the candidates, one name in particular has been gaining a lot of positive feedback: Andrae Bailey.

We detailed his previous success utilizing digital media to evangelize for his cause and even caught Justin Timberlake’s eye with one of his campaigns.

Read about that here or watch it below.

It reached millions across several social media platforms and was republished worldwide in hundreds of publications.

Past Bailey’s understanding of digital media, he has also learned the ins and outs of local government through his work with the Central Florida Commission on Homelessness. His most important asset however, is his ability to bring people together to solve a problem.

A successful problem solver is like a successful salesman, if you can master the process… what your are selling or the problem you are solving is irrelevant.

“I don’t know if Andrae is considering this an option, but he is a dynamic and creative leader. He is able to build consensus and is unafraid of political risk for the right reasons – seems he’d be a natural.”

Downs is also the City Attorney for Orlando and close ally of Buddy Dyer, who has been a cheerleader for Bailey’s efforts.

For Mr. Bailey, who has not even acknowledged real interest in a campaign for Mayor of Orange County, Downs’ kind words serve as a positive sign if he officially jumped in.

“I have had a first hand view of Andrae’s ability to get things done. He excels at bringing people with divergent viewpoints together, distilling their common goals and getting there.

He has what it takes to be a leader no matter what the endeavor,” State Representative Mike Miller said of Bailey.

If elected, would be one of the youngest ever to hold the office of Mayor in Orange County and quite possibly one of the most effective.

Bailey would be the most tech savvy candidate, no questions asked.

Our sources confirm that Bailey is on the short list to become one of President Trump’s top advisors on homelessness.

“How many Republicans can you name that have successfully addressed and shown meaningful progress on a social issue like homelessness? That makes Andrae a trailblazer.”

That’s a pretty big deal for Central Florida and for Mr. Bailey.

Whether he lands on running for Mayor or is sent up to DC to solve homelessness nationwide, Bailey’s stock is on the rise.