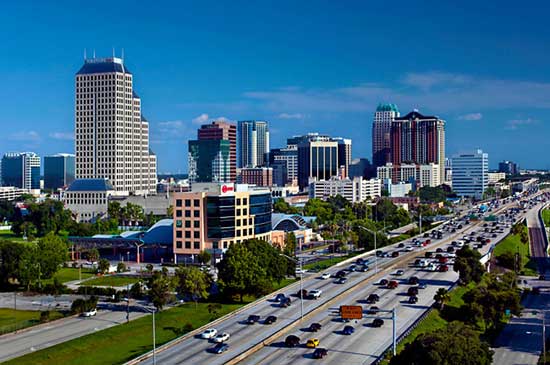 Political circles are already buzzing about these potential candidates.

With Ted Edwards losing out on another term on the County Commission, local politicos are already buzzing about the Mayoral race and other commission seats.

Edwards was long considered a leading contender, so his loss shakes things up tremendously.

He could and should take a shot at Mayor, but we’ll focus on that in a separate article later in the week.

Below is our breakdown of where the race for Orange County Mayor currently stands. On Friday we will focus on the County Commission.

With Orange County Mayor Teresa Jacobs’ second and final term ending in 2018, people have been talking for years about who will make an attempt at becoming Mayor.

We actually did an article on this very subject two years ago, but so much has changed.

In today’s political landscape, some of the top contenders from our 2014 list remain interested in the spot, a few are new.

The Return of John Mica…

Photo by cmovisual.com, part of the upcoming Insight 100: Central Florida’s Most Powerful.

Central Florida institution John Mica may have not secured another term doing the people’s work in Congress, but what about Mayor of Orange County?

Mica’s deep connections would make him on of the most effective leaders Orange County residents have seen in the Mayor’s office in decades.

Many leaders in the local Republican and Democratic leadership are quietly preparing to support a Mica bid for Orange County Mayor.

He would have the bi-partisan appeal needed to win, could still leverage his federal connections, and continue supporting his vision for SunRail and the MCO expansion.

Mr. Mica has spent over two decades serving us in DC and this would be a great homecoming for him.

Could you imagine the progress we would make if Mica was holding the gavel at Orange County Commission meetings?

It. Would. Be. Legendary.

That is if John Mica does not land a post in a Trump administration, with an Ambassadorship or a high-level position in the Manhattan businessman’s inner-circle.

Photo by cmovisual.com, part of the upcoming Insight 100: Central Florida’s Most Powerful.

Under the radar and down to earth.

Clarke, who was elected to the Commission in 2010 after a narrow victory, has quickly become well known for his work ethic and honest approach.

Some have suggested Clarke might run for Tax Collector if Scott Randolph tries to run for Mayor (more on that this Friday), though we think a Mayoral run for Clarke is more likely.

Mr. Clarke has embraced Pro-LGBT protections and kept a watchful eye on our tax dollars. One of his most important accomplishments has been securing funding for human trafficking victims and ordinances geared towards raising awareness.

Clarke’s style relies on hard work and a team effort. He is not about glitzy media grabs, far different than his other potential competitors.

Several political operatives we have spoken to said Clarke has improved his fundraising skills and they remain confident he can appeal to Orange County’s Republican and Democratic voters.

“Pete is a dollars-and-cents type of guy. He is a loving husband, community leader, and forward thinking Republican.”

After surviving a brutal assault of negative attacks from shadowy PAC’s, Singh delivered a commanding victory over his opponent Edward DeAguilera Tuesday night.

Singh had no prior political experience before being elected to his first term, and defeated longtime Orange County Property Appraiser Bill Donegan.

Now that he is entering his second term, Singh must build on the success of his first term.

Orange County is rated the Best In The State in 4/5 of the rating categories during his first term, an impressive accomplishment.

In order for Singh to become a serious contender, he must make sure to share his background as a veteran of our armed forces and rising from nothing to become a successful businessman.

His story is the story of thousands of Orange County residents and millions of Americans. That will help address some of the negative and patently false misconceptions lingering from his re-election bid.

But all of this only matters if Singh actually wants the job. It makes sense politically, but we hear he wants to continue improving the Property Appraiser’s office, an honorable choice.

After being caught illegally communicating with lobbyists before an important vote, Thompson was found guilty of violating Sunshine Laws.

Despite this, she did not have a serious Democratic opponent and cruised into her second term. As far as accomplishments go, Thompson does not have much to tout in a potential Mayoral run.

She famously bungled the most recent roadway improvements in East Orange County, resulting in the projects being behind schedule and over-budget.

After submitting a rambling and odd assessment of additional development in East Orange County, many have wondered if she could handle the complex responsibilities of being Mayor.

Thompson has a big ego, short temper, and is about half as bright as Teresa Jacobs.

She wants it, but she is the worst candidate the GOP could put forward.

Unfortunately, we hear she is already conferring with donors…. **SIGH**.

Wildcard Candidate Who Could Change It All

Andrae Bailey for Mayor of Orange County. The successful leader of the Central Florida Commission on Homelessness is set to move on from the group at the end of this year.

This opens up a significant amount of free-time for Bailey, a non-profit rainmaker whose fight to end homelessness in Central Florida is legendary.

Could it mean politics for Andrae Bailey? We think so.

He has several projects in formation and has promised to take his successful blueprint statewide, but we believe he could be a great Mayor.

While he has not ever held elected office, Bailey’s understanding of digital media and public relations experience would make him a deadly effective campaigner.

His time in the non-profit world have allowed him build considerable name ID and to be named Central Floridian of the Year by the Orlando Sentinel.

However, Mr. Bailey’s most important asset is being able to forge partnerships. Whether it is fundraising for a cause, or bringing both political parties together… Bailey has the insight to push through the BS and reach a solution.

His campaign would feature power-players from the operatives behind Democrat Orlando Mayor Buddy Dyer and GOP State Representative Mike Miller.

His ad supporting Mike Miller’s re-election campaign, which garnered over 100,000 views, shows us what he is capable of in campaign mode.

If he decided to run, Mr. Bailey would be the most technologically/media savvy candidate to campaign for Orange County Mayor… ever.

When reached by text message, Bailey sent back “#PoliticsSucks”.

The longtime Mayor of Windermere might seem like a long-shot candidate, but the fact that most don’t expect him to run leaves the option for a sneak attack.

Bruhn enjoys a near perfect approval rating and served as a top-exec at Lockheed Martin for years before becoming Mayor.

His proximity and close relationship within the wealthy enclave would allow him to secure a lot of seed money to start laying the groundwork for a mayoral run.

Bruhn’s record as Mayor of Windermere reflects his ability to improve people’s lives through focusing on the small things.

Traffic lights, cleanliness, peaceful police presence, and encouraging local non-profits have been cornerstones of his time in office.

In a time where everyone is rooted in partisan skirmishes on the public dime, Bruhn would bring a community focused approach to the Mayor’s office.

Scott Randolph…But Does He Really Want It?

The former State Representative and current Orange County Tax Collector has surprised even the most conservative of residents with his budget cutting and efficiency push.

From modernizing the office to saving taxpayers millions annually, Scott Randolph has a compelling story for Orange County residents.

But constitutional officers usually hold on to their positions for at least two terms minimum, before retiring or running for another office.

Throughout his first term, Randolph has revolutionized the way the Tax Collector’s office does business and built several new offices.

Customers are happy, wait times a way down, and Randolph has become one of the most well known elected officials in the area.

If Randolph decides to run, it will be because no other credible candidates will have come forward and he will feel a responsibility to give Orange County residents a real option.

The name ID Asher received from his well-funded and aggressive State Senate campaign could be an important investment in his political future.

Though he lost to Linda Stewart in the State Senate District 13 race, Mr. Asher is a new age Republican who would be able to earn support from local Democratic heavyweights.

The real question is if Asher will want to sacrifice more time to a grueling campaign while his small business experiences tremendous growth.

He poured his heart into his campaign for State Senate, so we know he has the fire in the belly and he will need it if he decides to run.

We are expecting at least 8 people to fight for the spot.

Asher’s experience in leadership roles with the Florida Realtors and at the Greater Orlando Aviation Authority have prepared him for public office.

His ability to raise the big bucks make him an instant front-runner, though we will have to wait and see if he wants to dive right back into campaign mode.

We will share what we are hearing about the Orange County Commission races in the coming days.