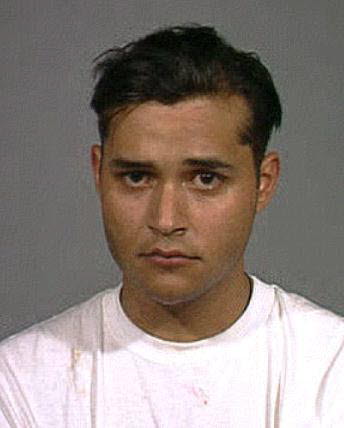 The candidate for Orange County Property Appraiser said he “had to go to the bathroom” when stopped by police.

Singh, who toppled a longtime career politician in 2012, has been praised for his handling of the office budget and maintaining independence from the Orange County Mayor’s office.

With just days until the election, the East Orlando Post has uncovered a reckless driving arrest in Edward DeAguilera’s past.

We have also determined that the two-time failed candidate padded his educational resume.

Mr. DeAguilera has served on the Charter Review Commission, and by my account is a stand-up guy.

However, this incident that occurred in 1995, leaves a few questions.

He alluded to the incident in a candidate interview when he was challenging incumbent Senator Geraldine Thompson.

The Florida Highway Patrolman who stopped a 21-year old DeAguilera, described the candidate as swerving in and out of multiple lanes and causing several cars to swerve in order to avoid collisions.

He also observed that the DeAguilera crossed the traffic lines on two separate occasions.

I know what most of you are thinking… we have all had an incident like this where we were probably texting, distracted, etc.

And that is a true statement.

But the excuse Mr. DeAguilera gave was one for the record books, a true gem.

According to the report, he told the officer that he was driving erratically because of his need to find a restroom.

I usually at least to try to admit some guilt when pulled over and try not to disrespect law enforcement with the usual “not my fault” approach.

Police would later find out that his license was suspended and he was taken into custody.

It is not known if he knew he was driving on a suspended license.

DeAguilera says the suspended license stemmed from a prior broken headlight ticket, and he was suprised to learn of the suspension during the police stop.

“The earlier ticket was paid and I was not aware of having to require any other steps at the time,” said DeAguilera.

Another interesting item, a discrepancy in DeAguilera’s educational background, caught our eye.

On campaign literature, promotional materials and interviews… and even information tied to his appointment to the Charter Review Commission, Mr. DeAguilera has been dishonest about his past.

Below is what he told the West Orange Observer in August of 2016 when asked about his education.

However, according to the National Student Clearinghouse Verification website, which monitors and records graduates, DeAguilera never obtained a degree from UCF.

We then called UCF to independently verify the National Student Clearinghouse search result.

A recording told us that the website is used by and recommended to the public by UCF school officials to verify the truthfulness of someone’s educational background.

The results confirmed that he did earn a bachelors degree from a satellite university called Columbia College, where classes were only offered online.

His focus was General Studies, with a minor in political science.

Now, while he did earn a degree, Mr. DeAguilera should not be implying or makings statements to have it appear he is a UCF graduate.

“I got a certification and AA from UCF. The material should not reflect anything more or less. Like any alums, I am a season ticket holder. Go Knights.” explained DeAguilera.

It has been said that to determine someone’s future actions, you need to look no further than their past actions.