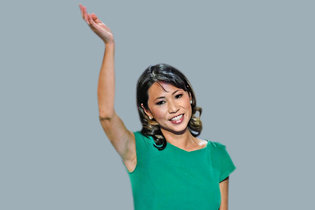 Top Democratic leaders who have been bankrolling Murphy’s challenge to veteran Congressman John Mica, are firmly against schools like Full Sail.

Murphy serves as the schools political director and her father-in-law Ed Haddock is the founder of Full Sail.

After waiting nearly two months past the deadline to file her financial disclosure forms, the documents unveil her income from Full Sail.

Ms. Murphy has an ownership interest in FS Holdco, which produces annual income of up to $1million for her. FS Holdco is the “Holding company for investment in Full Sail.

What is unknown from looking at the reports is how much her family nets from the for-profit college, with estimates suggesting it’s easily more than $300 million annually.

That is a lot of money at risk, as congress pushes toward major crack downs on for-profit colleges.

This is probably why Murphy’s stepfather and his DC allies are spending so much to take out Congressman John Mica. Most of the college’s money comes in the form of Federally-backed student loans or Federal grants.

In fact, 88 percent of the students who leave Full Sail have student loan debt, carrying an average debt of $61,000 before they even start.

Approximately, 21 percent of those students default, more than three times the national average.

Read about it here and here.

As Ed Haddock and Stephanie Murphy have been shut out of the White House, they can see their gravy train ending soon. After all, the entire for-profit industry has been under attack by the Obama Administration.

Obama’s team has gone after the multi-billion dollar industry in a multitude of ways and for-profit colleges are seeing a potential massive shift in how they operate. Read about it here.

The most recent display of the effect of this attack by the Obama Administration was the shuttering of ITT Technical College. That school left more than 35,000 students without a degree.

Read about it here.

Could Full Sail be next? If Full Sail shut its doors, Stephanie Murphy herself would lose millions.

Her family could not continue their 1 percent lifestyle forged off of selling Hollywood dreams to unsuspecting students.

Is Stephanie Murphy really a wolf in sheep’s clothing, someone pretending to be a Democrat and pretending to share their values when, in reality, she’s just running to protect her lifestyle and her millions?

Of course, Democrats in Washington don’t seem to care.

They are just concerned with power, garnering a vote for their agenda and returning Pelosi to power, to hell with protecting students and providing free college.