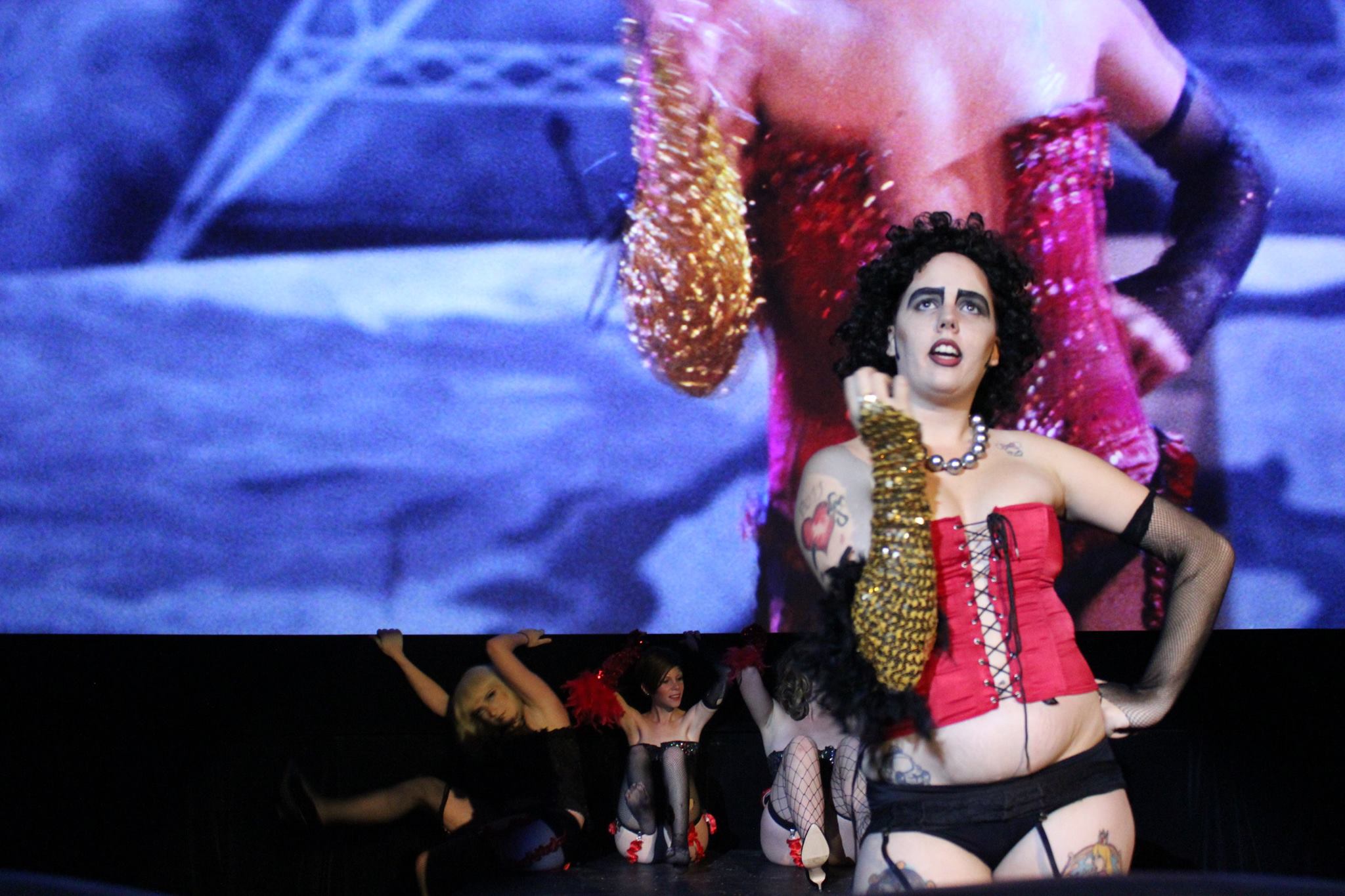 The Orlando based troupe’s live performance during the film as a “shadow cast” is a tradition for many in October.

For those of you that don’t know, “The Rocky Horror Picture Show” was originally screened in 1975.

The movie was considered a tribute to over the top horror films and was meant to be a comedy/parody.

In 1976, only a year after its premiere, it became a midnight movie where audiences would participate in the show by throwing rice in the theatre during the wedding scene and holding up newspapers while it was raining in the film.

Not long after that, the audience participation inspired “shadow casts” where a group would act out the movie in front of the movie screen.

In Orlando, a particular troupe of “Rocky” actors has been performing at Universal’s Citywalk for years, billing themselves as “The Rich Weirdoes”.

Though this group happens to perform throughout the year, Halloween is always the appropriate time for me to dress up and get my freak on. So, I attended this past Friday.

This was not my first “Rocky” rodeo but for fun I brought along a “virgin”, a friend who had never seen the show live before.

The Rich Weirdoes cast lives by the motto “if you’re not offended, we didn’t do our job”.

This makes the show something very edgy and fun if you’re not too homophobic or politically correct. They make jokes about everything from sexuality to religion and all the things in between.

The preshow on Friday involved all of the theatres “virgins” to come in front of the screen and line up. Six of the “best” looking ones were selected by the show’s MC and then split into pairs.

They were asked what their favorite animals were and then told to perform lap dances in way the animals would. There was a pair of pandas, dragons and otters.

The otter group won the competition which was judged by the audiences applause, by a land slide.

If you have never seen someone lap dance like an otter, I highly suggest it, because it was fantastic. The show was enjoyable, as always, it featured a new cast I hadn’t seen before (it’s been about two years since my last time at this event).

The men had glitter in their beards and the women’s eyebrows were on point- props to the makeup department.

The actors showed their characters justice, especially Frank-N-Furter, who had the right mixture of sass and sex appeal. If you have seen the movie on television or at home, you might as well have never seen the movie at all.

There is no way to understand the experience of a live performance of this movie until you’ve done it.

Go to Fandango or The Rich Weirdoes website and get tickets.

If it’s just been a long a while since your last time seeing the show live, go get tickets, let me know so I can go too and we can do the “Time Warp” again.

I will warn you this show is not for the sensitive or the conservative.

It will push limits and make you uncomfortable, but that’s why it’s fun.

Be sure to purchase a party bag in the theatre which includes all the stuff you need to throw during the show and maybe even a sticker, where the proceeds go to the One Orlando Fund.

Bridgette Bayley is an East Orlando resident and grew up in the Central Florida area.