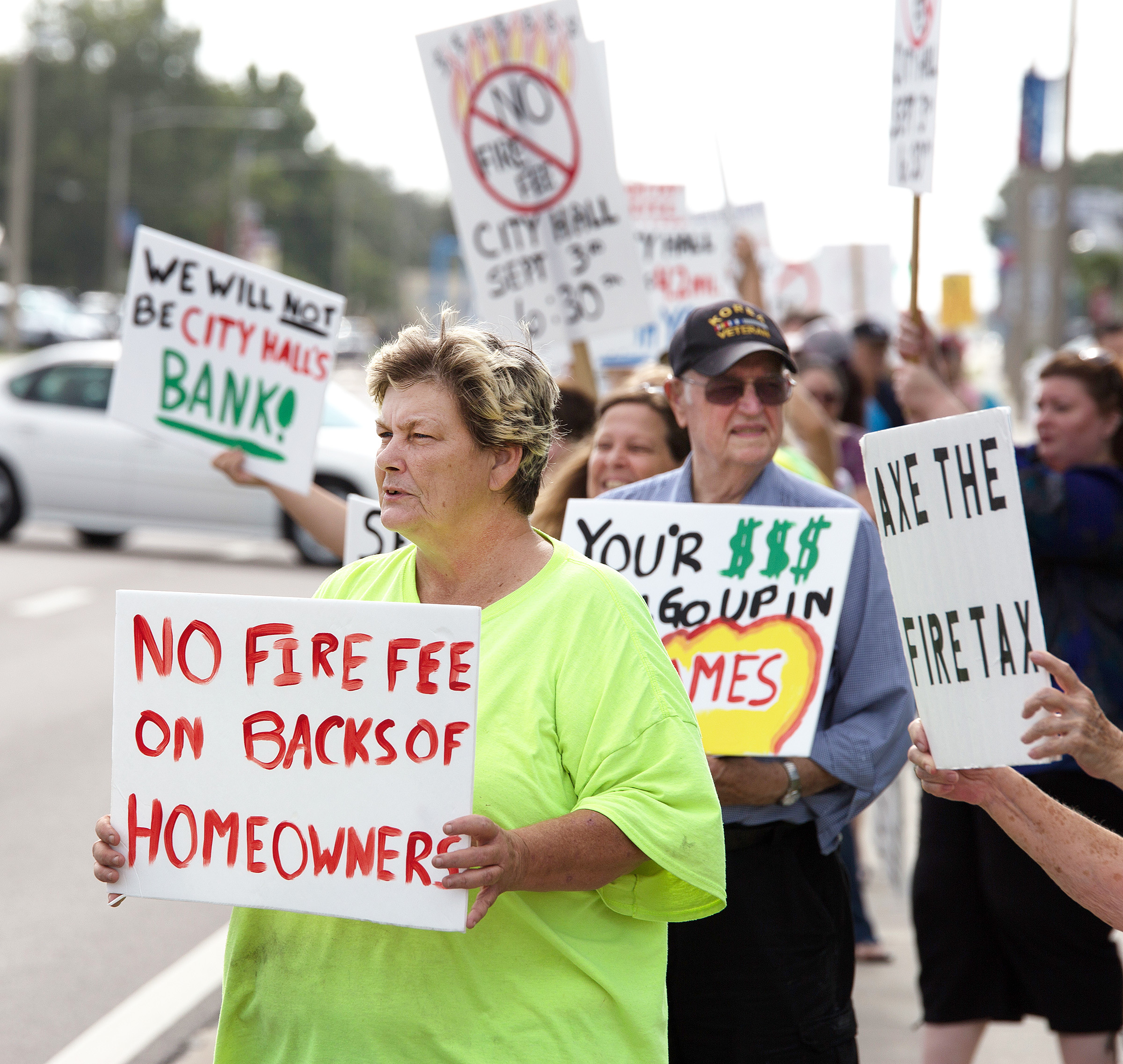 Jeff Rinehart’s tenure on the St. Cloud Council has been notable for his disappointing support for higher taxes and fees.

St Cloud’s property tax rate is an exorbitant 5.1 mills. To put it in perspective, Kissimmee has a tax rate of 4.6 mills, St. Cloud is 10% higher.

In 2013, it was Councilman Rinehart who seconded the motion to raise St. Cloud’s property taxes even higher. (See minutes at end of article).

St. Cloud’s water rate is a shocking 29% higher than Kissimmee than the rest of Osceola County. Now, we have learned that Councilman Jeff Rinehart originally expressed support for a massive increase in St. Cloud’s Fire Fee.

The East Orlando Post obtained an audio recording of a St. Cloud Council workshop held on January 15, 2015 (you can listen to the recording for yourself below).

When asked if the Council supported moving forward with the fee increase, Councilman Rinehart can be clearly heard giving his full-throated support. His support is also found in the workshop minutes that reflect the Council’s unanimous support.
Councilman Rinehart doubled down on his support for a Fire Fee increase at the February 14th St. Cloud Council Retreat (see below minutes).

Both the workshop and retreat took place before Rinehart threw his hat into the ring to run for Mayor of St. Cloud. As a candidate, opposition to the fire fee is a key talking point of Councilman Rinehart’s Mayoral Campaign.

However, it appears Rinehart only decided to oppose the fee increase when the voting public began to object strenuously. Listing to the voters is an important trait for a savvy politician, we all get that.

But it is disingenuous for Rinehart to portray himself as an anti-fee crusader, when he was a cheerleader for the Fire Fee’s creation.

Being for something before he is against it is nothing new for Councilman Rinehart. For years Rinehart gave glowing reviews to former City Manager Tom Hurt (see copies of the 2013 and 2014 of the reviews below).

He lavished praise on Hurt and pushed for the Council to raise his pay. Hurt worked for St. Cloud for over 30 years, rising the ranks up to City Manager.

In January of 2015, Councilman Rinehart seconded the motion to give Tom Hurt a shocking and unrequested raise of $37,000, see minutes below.

Three months later in a surprise move, Rinehart voted to fire Hurt. Councilman Rinehart never discussed with Hurt in public or private any concerns about the City Manager’s job performance.

Rinehart’s decision to terminate Hurt appears to be politically motivated to appease voters angered about the proposed Fire Fee.

Even though Rinehart originally told staff and the City Council that he supported increasing the Fire Fee, he chose to make Tom Hurt the scapegoat for the increase.

It is certainly in the purview of a Councilman to change their mind about an unpopular tax increase and it is their right to hire and fire the City manager.

However, it is important for St. Cloud voters to know Councilman Rinehart originally showed strong support for the Fire Fee increase, voted to increase property taxes and allowed Water Fees to skyrocket.

While St. Cloud residents were forced to pay Mr. Rinehart’s outrageous taxes and fees, the Councilman lead the charge to give the City Manager a massive raise, only to later destroy that employee’s career… in an effort to advance his own personal political ambitions.

Below are the source documents showing Rinehart’s actual votes and raw audio of him supporting the fire fee.