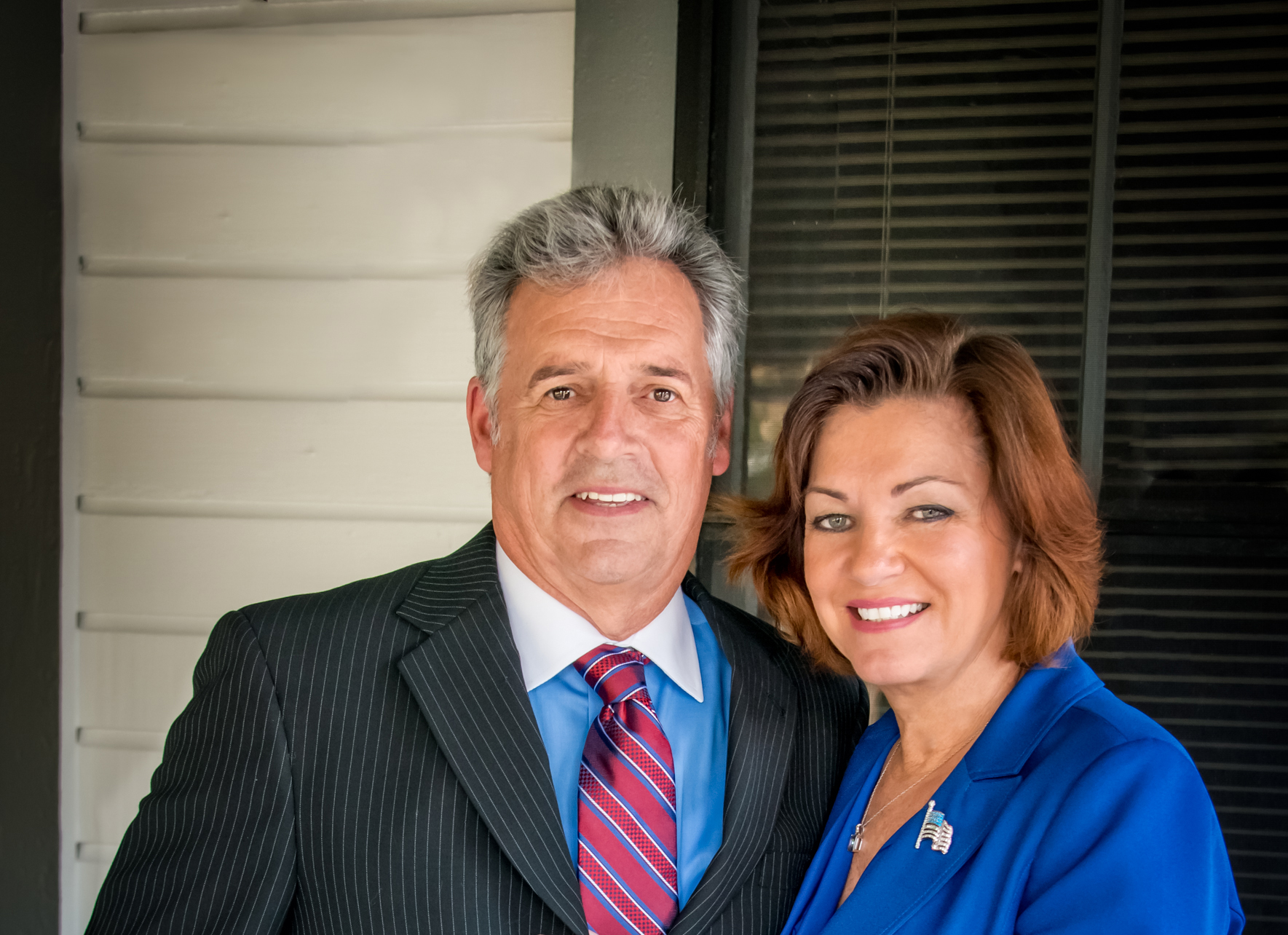 The Mac Tools distributor, engineer, and veteran has a tough path… but could surprise in Florida’s 9th congressional district.

For the most part in Central Florida, the hottest elections were decided during the August 30th primary ballot, leaving few exciting contests for the general election on a local level.

In Florida’s 9th congressional district, 5 Democratic candidates duked it out during a bloody primary to receive their party’s nomination.

On the Republican line, Kissimmee City Commissioner Wanda Rentas was considered a shoe-in by national Republican officials, hoping she would ride on to victory on her Hispanic name.

And that’s where vigorous campaigner Wayen Liebnitzky demonstrated that party support and financial backing don’t always equal victory. He beat her and beat her “BIGLY”.

Political connections, DC money, and endorsements did not matter because he walked the doors.

Man of The People

This is honestly the most important advantage that Mr. Liebnitzky has. He spends his day interacting with working middle class people, delivering tools and checking in on longtime customers of his throughout Osceola, Polk, and Orange Counties.

From mechanics to auto repair workers, Liebnitzky has a pulse on what Middle America wants to see out of their congressman. Furthermore, a lot of the people he encounters are minorities, particularly Hispanics.

In CD 9, that is a strong thing to have in your favor considering the large amount of Hispanic registered voters. On the other hand, his opponent Darren Soto is a career politician/attorney, who spends most of his time around the elected and moneyed class.

The fact that Liebnitzky has spent years working with the crucial Hispanic voting demographic of CD9 is what makes him a viable candidate. According to Orlando Rising’s Scott Powers, Liebnitzky is actually 50% Hispanic and can speak Spanish.

A successful businessman, close to the middle class, and able to command respect among America’s fastest growing voting demographic?

The GOP couldn’t ask for better.

Year of The Outsider

November’s presidential election could have huge coattails in down-ballot races for local Republican and Democratic candidates. Even though Hillary Clinton cheated her way to the nomination, political outsider Donald Trump is slowly but steadily gaining in the polls.

Their battle is the ultimate fight between Clinton (The Insider) and Trump (The Outsider). If anyone tells you they know how that contest will turn out, they are full of it. Any gain for Trump is a gain for an outsider and political newcomer like Liebnitzky.

One could also reason that Trump’s rising numbers with Hispanics and African-Americans could encourage those voters to stick with the GOP all the way down on their ballots.

The fact that a considerable amount of CD9 Hispanics are of Puerto Rican background have migrated from NYC, helps Liebnitzky as does Trump’s rising poll numbers.

Like it or not, Trump is immensely popular among NYC residents who understand and prefer his blunt style. Liebnitzky’s style is straightforward and to the point.

He does not hold punches, but he is certainly more graceful than the billionaire Manhattan businessman.

If Trump wins, and mind you he needs to win Central Florida to do so, Mr. Liebnitzky has a strong chance to upset Soto.

He Wants It, Soto Thinks It’s “His”

You can raise a ton of money from people who need your vote, use taxpayer funds to increase your name ID, etc. It can also give you a false sense of self-worth, reality.

That you are owed many things by many people. We have seen incumbents who “should have won” or career politicians who were ready for “the next step” get shellacked at the polls because they fell asleep at the wheel.

Heck, look at two-term Osceola County Commissioner Michael Harford’s embarrassing loss to businesswoman Peggy Choudhry, an outsider who was not supposed to win.

Reports indicate that Soto is expecting an easy victory and has let his foot off the gas. Remember that Liebnitzky’s primary opponent did the same thing — and the result was a nearly 70% to 30% victory.

Now, Mr. Liebnitzky will not win by such a margin by a long shot, but you just need a few more votes than the other guy to claim victory. As he did in the primary, Liebnitzky is reportedly walking door to door on a daily basis, constantly placing/replacing his ubiquitous “Veteran With A Voice” campaign signs.

All the political mail and TV ads in the world are no match for a strong ground campaign.

Everything is about balance, but Soto can’t just phone it in and expect an easy win with an opponent like Liebnitzky. Soto might have represented the area during his time in elected office, and that is a huge plus for his campaign.

However, like most elected officials, the door-to-door interaction with the community happens only during election season.

Liebnitzky on the other hand, has been getting quality face-time with local residents for years, delivering his tool sets and helping them run their businesses effectively.

That is a powerful thing.

If Soto maintains a purely mail/tv/radio based campaign with little ground game, he could see his dreams of climbing the political ladder shattered.

Voters will receive their absentee ballots across Central Florida in the next week, and we will keep you up to date on CD9 and more!