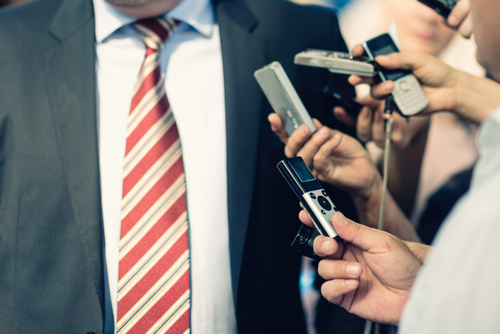 As someone who has spent years covering Central Florida politics, I am pretty darn good at breaking news and holding elected officials accountable.

That being said, I have some pretty fierce competition.

These people have decades upon decades combined head start and have the scoops and scars to prove it.

Frank is the gold standard. He covers everything from sleepy city council meetings to prime-time election night parties, and everything in between.

Mr. Torres is well known for being one of the most balanced and fair scribes in Central Florida, with an appetite for covering things on all ends of the political spectrum.

However, the best thing about Frank, is his consistency. He is at every single event, some have joked he has a body double.

You can read Frank’s work by visiting orlando-politics.com or by catching him providing election coverage and predictions on Fox35.

Then there is Scott Powers.

He is the veteran gumshoe reporter, who earned his bones at the Orlando Sentinel, and recently joined Peter Schorsch’s Florida Politics/Orlando Rising.

Scott is respected among the elected and political operative class, operating with a firm moral code.

Powers with his classic hat. Staff photo from the Orlando Sentinel.

Mr. Powers is thorough and meticulous in his work, and always gives his subjects a fair shake, no matter their political affiliation or history.

You can read Scott’s work at orlando-rising.com or floridapolitics.com.

A fixture in the Central Florida Hispanic community, Padilla is the former editor of the Sentinel’s Spanish language effort El Sentinel.

She also worked as a regional reporter for the Sentinel prior to her leadership effort at El Sentinel, but her best work has been with her personal blog, Orlando Latino.

Focused on issues important to Central Florida’s burgeoning Hispanic population, Orlando Latino is your one-stop-shop for political commentary from a well-connected and informed Hispanic writer.

Her efforts have earned her a primo spot on WFTV as a political commentator for the 2016 election cycle.

Catch up on Hispanic politics, issues, and more at orlandolatino.org – the archives reach back to last September.

When someone asks me who I formed my writing style after, one of the first people who come to mind is Billy Manes.

His style is more a stream of consciousness and emotion, paired with the often times ugly truth. Manes made a name for himself at Orlando Weekly and rose the ranks with over a decade of coverage and front-page stories to his name.

Manes, who is one of Central Florida’s most well known writers.

From LGBT issues to poverty to county commission movements, he has covered it all. Most importantly, each story is entertaining and engaging.

Mr. Manes was recently scooped up by one of the Southeast’s top LGBT publications, Watermark, where he now reigns as Editor-in-Chief.

Catch up on Billy’s latest at watermarkonline.com.

While there are many other people covering politics in Central Florida, we believe that these three are the top-tier for their primarily written content.

Honorable mentions in the written category include: Steve Lemongello at the Orlando Sentinel, Larry Griffin at Orlando Rising, and Martin Comas also of the Sentinel.

All three of them have a deep history in either politics or reporting the news, and they provide the best debate night/election night coverage you can find in Central Florida.

Eddie Fernandez, the former Orange County Clerk of Courts, just started his political commentary this cycle, but he is a natural. His addition to WESH 2 is a huge plus for them, as his knowledge of the GOP and local party politics is extensive.

Mike Synan, formerly of FOX35, was dogged in his pursuit of a story and built rock solid relationships with party leaders, top-donors, operatives, and volunteers.

Synan’s coverage of local campaigns and political groups were always spot on and accurate. His new project will be launching soon.

Well, there you have it. As we get close to #Election2016, look to those listed above for your political news.