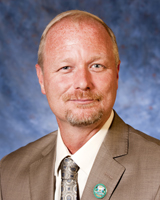 As part of Councilman Jeff Rinehart’s Facebook response to a recent East Orlando Post article he inadvertently confessed that he violated the City’s Charter.

Rinehart admits that he met with the City Manager in private before business hours in a restricted area as far from the Sunshine as possible.

He states that at that meeting he advocated for an employee’s termination, which you can see below.

This is a clear violation of the Charter.

Below is the relevant excerpt from the St. Cloud City Charter:

Sec. 3.06. – Prohibitions (b) Appointments and removals. Neither the Council or any of its members shall in any manner dictate the appointment or removal of any city administrative officers or employees whom the manager or any of his subordinates are empowered to appoint, but the council as a body may express its views and fully and freely discuss with the manager anything pertaining to the appointment and removal of such officers and employees.

In his rebuttal to our article Rinehart essentially corroborated our story and verified most of the facts.

He admitted wrongdoing and that his behavior was completely inappropriate and that he had to “eat crow” as a result of his unprofessional behavior. Mr. Rinehart did not refute any of the facts or statements made in the complaints filed against him.

I encourage voters to read the complaints for themselves and make up their own minds. Read the shocking complaints below.

Complaints Against Councilman Rinehart by Jacob Engels on Scribd

What is telling is that in his response he took the opportunity to belittle the employees who blew the whistle on his behavior – questioning their motives, putting uncorroborated words in their mouths and making pejorative comments about their character.

This outrageous behavior is consistent with the complaints regarding his hostile treatment of employees.

Councilman Rinehart seems to be missing the point.

His profane tirades and abuse of employees are not his prime offences. Violating the City Charter is the truly serious transgression.

Fearful of more complaints being lodged with the city regarding his behavior, Rinehart actually made a motion to fire any employee who made a formal complaint against City Councilman in the future.

This ludicrous proposal did not receive a second and Rinehart’s mean-spirited motion was defeated.

See the meeting minutes below.

Fire the Employees Who Complain by Jacob Engels on Scribd

Jeff Rinehart appears to be obsessed with secrecy and preventing whistleblowers from exposing his misdeeds.

In light of his confession of guilt, perhaps the City Attorney or the Mayor should refer this clear violation of the Charter to the State’s Attorney or Florida Attorney General?