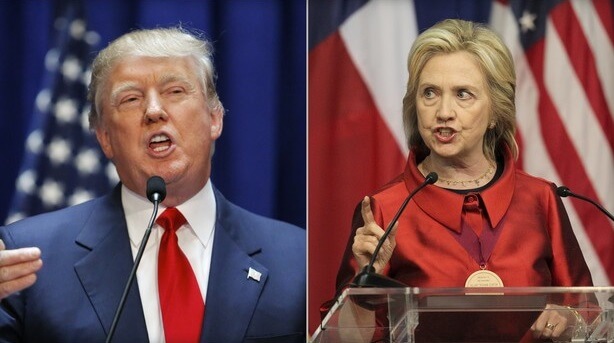 In one of the most anticipated presidential debates in history, America is wondering what kind of performance we will see from businessman Donald Trump and former Secretary of State Hillary Clinton.

Will Trump come out of the gate with his signature style of debate tactics, or let Secretary Clinton draw first blood?

Mr. Trump’s business dealings, Hillary’s history of flip-flopping on key issues, and more could be high or low points depending on which side you are on.

One thing is for sure… it’s time to bust out the booze and buckle in. Below are predictions from key members of the Central Florida community.

I predict Trump will initially attempt to strike the pose of a would-be President Trump: he’ll be calm, measured, and try to stay focused on general themes and policy (the latter to the degree he can).

He will be pressed for details on his policies (ex: financing the Wall). What I cannot predict is whether or not he will try and “wing it” or whether he will impress us all with a surprise mastery of detail.

Clinton will at some point begin rattling off statistics and diving into granular policy details in paragraph-form statements. It may wear on the audience but it will be her effort (using blunt force trauma) to convey to the country that she is competent to serve as president.

The Butterfly Effect is a theory that small factors can cause large swings in predictability. The theory is associated with weather prediction, but I think it applies to tonight’s debate.

The various issues that have been in in play this election season – desire for dramatic change, isolationism, economic equality, personal character and leadership — together with the remarkable differences between these candidates and the huge stakes in play make prediction about which Hillary and which Donald will appear tonight impossible.

Only one thing is clear: there will be plenty of cringeworthy moments for all of us.

I believe Trump will do very well in promoting his Pro-America agenda of lower taxes, increased Armed Forces, and a stronger national image throughout the world.

Also, I was one of the few political consultants who accurately predicted a Trump victory in the primaries and that Trump would be the Republican nominee, as published in the East Orlando Post in January of 2015.

If I wasn’t on the air, I’d make a drinking game out of how many times Secretary Clinton says people should vote for her because she is a woman and how many times Trump calls her “Crooked Hillary.”

This is by far the highest anticipated presidential debate during my lifetime. Just like the first television debates in 1960, Monday’s debate coupled with the exploding polarization of politics via social media, the candidate who looks, sounds, and presents themselves as the most presidential will most likely be our next president.

I can’t wait to watch.

Trump will frustrate Clinton and cause her to be dumbfounded. He will say enough to get under her skin and put her in a daze. All of Hillary’s rehearsing will be for naught, as she will get frustrated and be unable to speak from the heart.

Trump will be spontaneous and speak from the heart, connecting with the people. Hillary will attempt to use rehearsed lawyer mumbo-jumbo.

The Trump campaign has been effective with lower expectations for his performance and dramatically raising the bar for Clinton. As long as Trump is not caught flat footed he should come out of this debate as the winner.

Hillary will be declared the winner by the pundits regardless of what actually happens. Trump will keep his cool and thus exceed expectations.

Expect Hillary to hit Trump where it will hurt the most: she will attack his wealth, portray him as ignorant, and focus on his business failures. Trump must keep his cool. If he does, it play well toward answering questions about his fitness for office.

It will be interesting to see billionaire Trump opponent Mark Cuban in the front row, I hope he brings his Pom Poms. Trump can control whether he wins or loses, but he must maintain his composure.

He must continue attacking Clinton’s lack of honesty, and perceptions of her warmth. Hillary is a cold, pathological liar out for only herself. That’s the narrative and it hasn’t changed for more than two decades in the public arena.

This debate is must see TV. I expect the viewership to top 100 million, smashing the previous record of 80 million from 1980.

There you have it folks. The debate will be broadcast on multiple outlets, starting at 9PM.