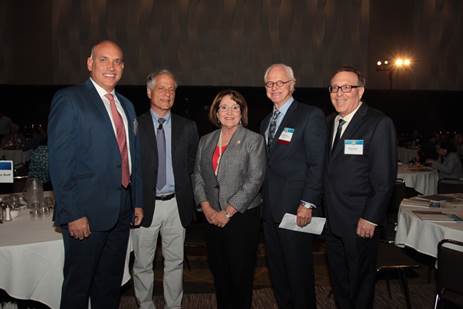 “From scientific discovery to the creation of high-value jobs, the MS&T sector will provide unlimited opportunities for generations to come,” Mayor Jacobs said.

“We are inspired by this sector’s innovation and all of the emerging simulation technologies and applications highlighted at the Florida Simulation Summit. We’re creating a vision for the future and an environment that fosters collaboration, productivity, profitability and jobs in Orange County.”

The goal of the Summit is to raise awareness of the vast impact that the simulation industry has on Central Florida. From the creation of simulated cutting-edge surgical procedures to sophisticated simulated medical applications, MS&T is a catalyst for jobs and capital investment in the region.

“Mayor Jacobs’ Blue Ribbon Commission on MS&T created the Florida Simulation Summit to help demonstrate how the MS&T industry is vital, not only to our local defense industry, but to many industries throughout our community,” said President and CEO of the NCS, retired Air Force Lt. Gen. Thomas L. Baptiste.

“The commercial application of simulation technology can help grow our diverse local industry sectors in new and exciting directions.”

Chancellor of the University of Nebraska Medical Center and Nebraska Medicine Board Chairman Dr. Jeffrey Gold was the opening keynote speaker and discussed the use of simulation and virtual reality to educate and prepare students for real-life scenarios in the medical field.

Dr. Thomas Graham, Tavistock Group Chief Health Strategy & Innovation Officer and Chairman and CEO of HEMISPhere Global, shared information on health and wellness innovation strategy within Medical City during the lunch keynote presentation. He also spoke about his experience as a renowned surgeon.

Thomas L. Baptiste provided the closing remarks at the Summit. Secretary of U.S. Department of Veterans Affairs Robert McDonald was also in attendance. The robust MS&T sector contributes more than $6 billion to Florida’s gross state product and directly employs more than 30,000 Floridians with an average annual salary of almost $79,000.

Recognizing the importance of the MS&T cluster’s presence in Central Florida, the state has appropriated $42 million over a three-year period, which will help mitigate the rental costs at Central Florida Research Park.