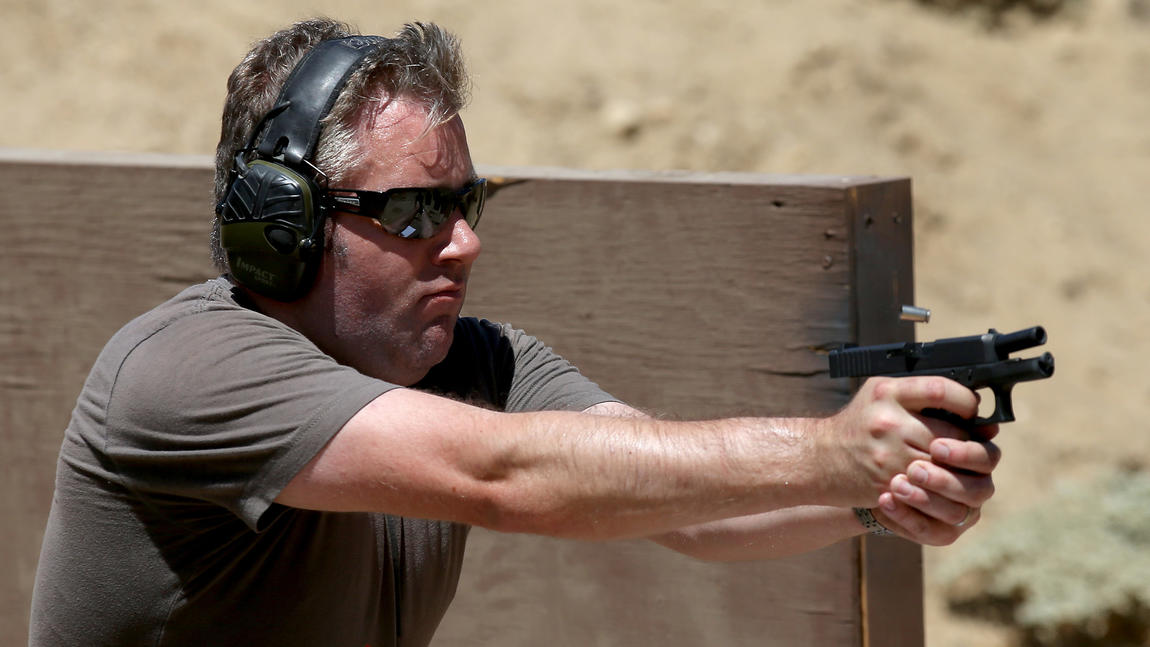 Jonathan Fischer is never sure who’s going to be more surprised when he, as he likes to put it, comes out of the gun closet — the gun aficionados who find out he’s gay or the gay friends who find out he likes shooting guns.

When the 38-year-old television editor showed up last month to a defensive handgun class near Piru with a Glock 27 pistol on his hip, he wore a T-shirt sporting a rainbow-colored AK-47.

In the days after 49 people were fatally shot at the Pulse gay nightclub in Orlando, Fla., this summer, Fischer wanted to do something to make his community safer.

So he started the West Hollywood chapter of the Pink Pistols — a loosely organized, national LGBT gun group.

“If someone was to try and break into my home, and especially if someone were armed, I don’t want to fight back with a kitchen knife,” Fischer said… MORE HERE.