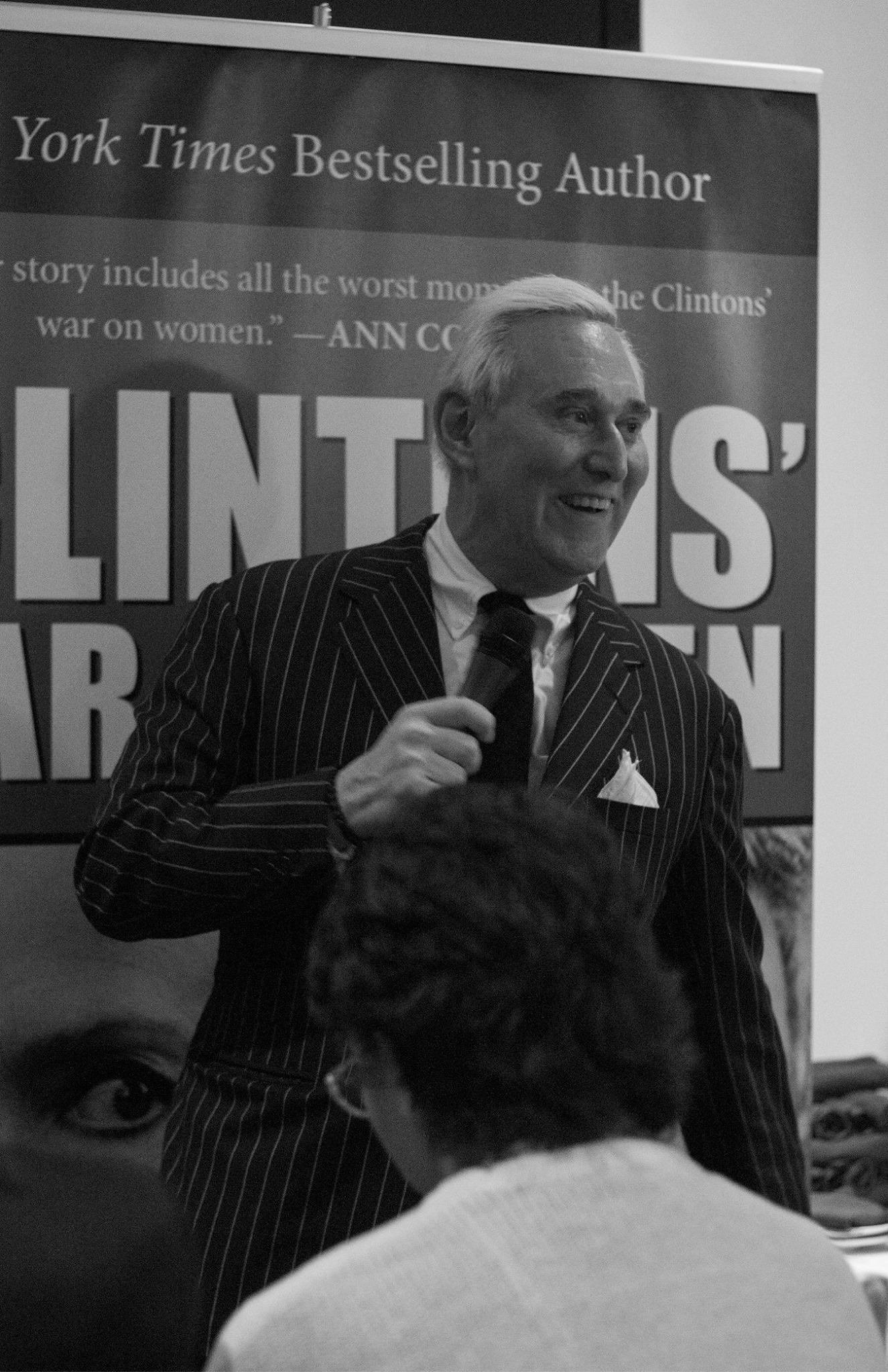 From helping Donald Trump take on a crowded GOP primary field, to earning spreads in Vanity Fair and the New York Times, it has been a summer of success for Stone.

He is currently bolstering Trump’s efforts with The Committee to Restore America’s Greatness, a PAC aimed at identifying and stopping voter fraud in key battleground states.

The 40-year veteran of 9 presidential campaigns got his start the youngest member of Richard Nixon’s famed Committee to Re-Elect the President and has since advised Ronald Reagan, George Bush, and Bob Dole.

In late August, Mr. Stone kicked off “The Stone Cold Truth” radio show on the Genesis Communications Network, recording the show from South Florida, where he resides with his wife Nydia.

The 1-hour+ show includes Stone’s musings on food, pop-culture, politics, and everything in between.