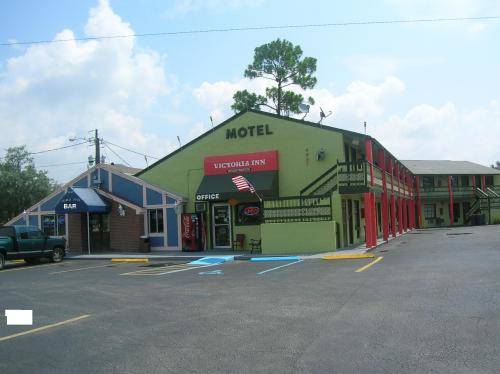 The Victory Inn Motel on US192 is an alleged hot spot for some nefarious activities.

The East Orlando Post has learned that several weeks ago, a top contributor to incumbent Osceola County Commissioner Michael Harford, was investigated by code enforcement after complaints by multiple local residents.

At the same time, another supporter rushed in to remove his signs before news crews arrived on scene.

After receiving reports about illicit activities happening on the premises, local code enforcement officers dispatched to evaluate and compile a report on The Victory Inn.

Because of the nature of activity known to go on at the motel, sources say Code Enforcement requested protection from the Osceola County Sheriff’s Office during their investigation.

The property proudly donned several Harford for County Commission signs, until just before officers arrived at the property.

According to a fellow local business owner who requested to remain anonymous, but provided photo evidence, a campaign contributor to Harford arrived early to remove the campaign sign before local media was sent to the scene.

“It was out of no where and like he got tipped off or something. All of a sudden, someone that looked an awful lot like Peter Sharma, uprooted the sign in time to hide the connection before any media got here.”

According to a search on Sunbiz, Sharma is a fellow hotelier, running Seasons Florida Motel.

“A perfect place to stay if you are a hooker or drug addict.”

You get the picture.

If the people running these types of establishments are the core contributors and advisors to the two term incumbents campaign, what does that say about his character?

Furthermore, did he phone in a tip to his pals about the tip to save himself the embarrassment of being tied to these risque locales?

With all of the corruption and ethics complaints lobbed at Hartford and sourced by this publication, it does not look good for Harford this primary election.