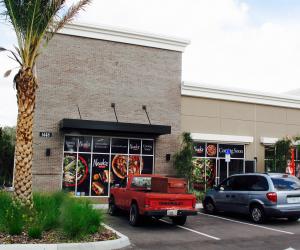 Newk’s Eatery, the fast casual restaurant known for its culinary-driven menu and open kitchens, is expanding into Central Florida, with plans to bring 10-12 corporate-owned locations to the Orlando area over the next five years.

Construction is underway on the first Orlando-area Newk’s restaurant in the Waterford Oaks shopping center, owned by BluRock Development, at 1542 North Alafaya Trail. It is slated to open in mid- August. A second restaurant is planned for late 2016 at 11650 University Blvd.

The development plan will further establish Mississippi-based Newk’s as a major player in Florida, where the brand is currently growing in the panhandle region, Jacksonville, Tampa-St. Petersburg, and Palm Beach and Broward counties.

“I’ve heard a lot of people say they’ve heard about Newk’s and are eager to try it. We feel there’s a great demand for the brand in the Orlando market.

In addition to rapid corporate expansion in Orlando, Newk’s has a long-term goal of reaching more than 200 locations by 2018.

Celebrating its 12th year,  Newk’s has remained steadfast in its commitment to quality, serving made-from- scratch sandwiches, salads, soups and California-style pizzas using fresh and flavorful ingredients, accompanied by a unique level of service and hospitality.

Pop on over to Newk’s Eatery’s newest location in Waterford Oaks on Saturday, July 16 from 11 a.m. to 2 p.m. to sample some of the brand’s favorite sandwiches, sides, and desserts – for free while supplies last. The event is a pre-opening celebration of the company’s first Orlando location at 1448 North Alafaya Trail. Guests can register for giveaways and prizes that are redeemable when the restaurant opens in early August.