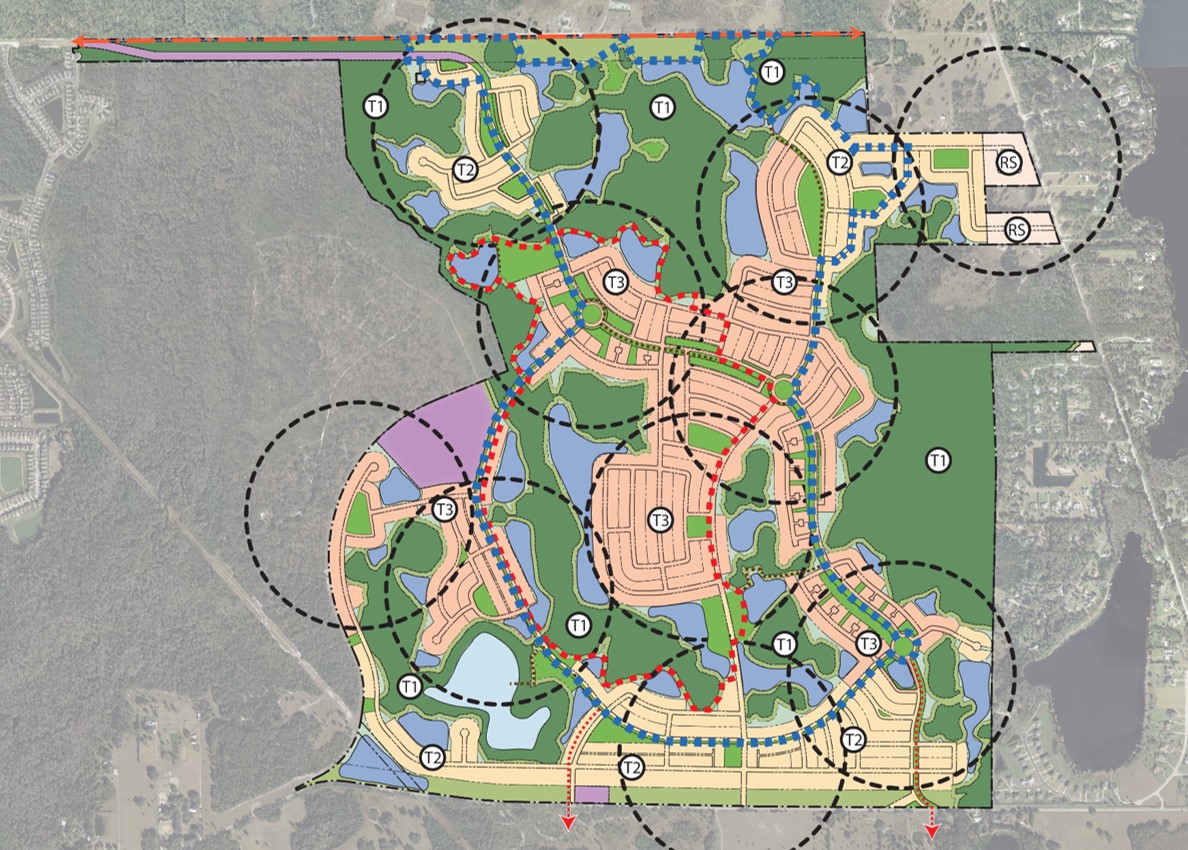 The commission can prepare the East Orange area for the future, or cow tow to a group of grumpy isolationists.

The fight over two new proposed developments in the East Orange county area near the Seminole County border has raged on for almost two years.

A main talking point of those who oppose both developments “Sustany” and “The Grow”, known as Lake Pickett North and Lake Pickett South, has been the potential for added traffic.

In an unprecedented move, the developers behind these nearby projects, have pledged tens of millions of dollars in funds as a public/private partnership to go towards fixing the traffic problem in East Orange County. By transmitting the project to state officials, the Orange County Commission would be making a wise move and here’s why.

The Lake Pickett Area Is Not Rural

Central Florida is one of the nation’s fastest growing regions according to Forbes magazine and East Orange county is a big part of that. The Lake Pickett area is surrounded by large communities and developments, already causing a massive strain on roadways that have note been updated in decades.

By transmitting the project to the state, Orange County moves that much closer to re-designating the area to allow and support sustainable development.

The Sustany development has been very accommodating to residents concerns over the past year. They have added additional buffer between the development and neighboring properties. They have designed the layout of Sustany in a way that respects the rural lifestyle, while creating a comfortable and environmentally conscious neighborhood.

Unless other area residents purposely chose to enter Sustany, they will have little to no idea it’s there, maintaining that rural feel.

Yes, adding more homes does add more cars to the roadways, but commuters are already straining our roads and the county and state government have little funding to allocate towards roadway improvements. Approving the Lake Pickett properties will put us that much closer to solving our traffic woes.

Rush hour drive times along the East Orange County area will be slashed considerably each way with the projected road expansions along Lake Pickett, Chuluota, and Colonial.

With the tens of millions of dollars being pledged by developers as part of the deal with local governments, this is our only shot at improving the roadways that are so overwhelmed. If the county does not approve the Lake Pickett North development, we also lose a significant portion of that privately secured funding.

That means only half of the expansion and roadway improvement project would be completed, and then it would be all ought for naught, as the partially improved roads would only shift the congestion.

Unless you have been living under a rock, you have seen the toxic sewage and septic sludge that has been contaminating our water and environment. Septic and sewage sludge from these rural and other ultra-low density are destroying our water quality in Florida’s lakes and rivers.

Many of the residents in the Lake Pickett area who are opposing Lake Pickett North and Lake Pickett South are paying a fraction of their designated property taxes annually.

Plop a few cows on your land and all of a sudden you see a several thousand dollar revenue stream for the county dwindle by almost double digits with an “agricultural exemption”.

So, we have a group of a few hundred people who pay little to no taxes, trying to force their isolationist and selfish doctrine on the rest of us. Everyone has a right to their opinion, but it certainly loses legitimacy when you are the very cause of your own problems.

The county has no money because these people don’t pay their fair share.

Become The Future And Support Growth

With UCF quickly become not only the biggest university in the nation, but also a respected academic powerhouse, the best and the brightest are on their way. So, do we support environmentally sustainable and conscious developments like LPN and LPS, and provide much needed housing for these people or abandon common sense and deny growth?

And don’t forget about the thousands of UCF alumni who want to build a family in the Central Florida area. Other local communities are at capacity and these new projects would entice people to stay local with, that means more tax revenue and improved services + roadways.

We know the growth is coming and this private funding source is a once in a lifetime opportunity, let’s not miss out. Half the funding without Sustany (LPN) means solving half the problem. Let’s not do a half-ass job, let’s do it the right way and snag this money instead of using limited funds provided by local taxpayers.

Without a doubt, already available estimates and data confirm that LPN (Sustany), will cause surrounding home values to skyrocket.

That additional growth for homeowners provides East Orange residents with a strong Return-On-Investment. All these reasons and more, are plenty for any thinking person to realize that approving Lake Pickett North is the right thing to do.

The Orange County Commission has a choice on July 12th: they can prepare for the future, speed up roadway improvements, and encourage sustainable development by transmitting Lake Picket North.

Or, they can allow a small group of grumpy isolationists who don’t contribute to the tax pot squash our only opportunity to prepare the East Orange area for the next 20 years.

Here’s to hoping they will do the right thing and approve Lake Pickett North.