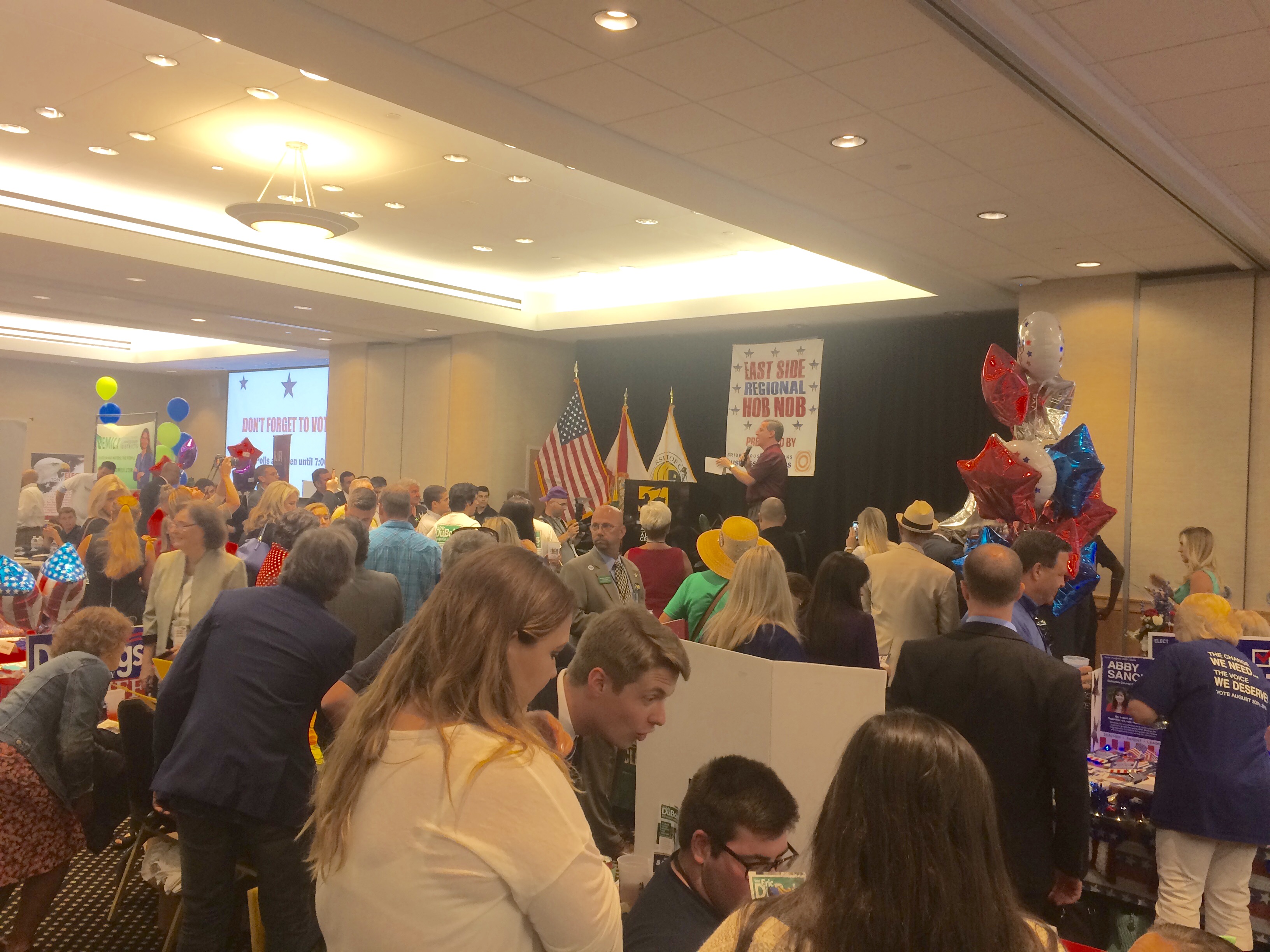 The dual project from the East Side and Oviedo-Winter Springs Chamber of Commerce was a who’s who of Central Florida.

Hundreds packed into the UCF Fairwinds Alumni Center for this year’s installment of the East Side Hob Knob, supported by the Orange and Seminole County Supervisor of Elections.

Keith Landry, the recently retired top anchor at Fox 35 floated about… earnestly providing credence to concerned voters who were interested in his plan for the Orange County Comptroller’s office.

Seminole County Supervisor of Elections Mike Ertel said that the collaborative event between Orange and Seminole based Chambers of Commerce was ” the first regional event of the season”.

“The East Side Hob Knob was a well attended and planned gathering,” explained Ertel.

With the East Side Hob Knob providing the first insight into how candidates fare in the general election, Oviedo-Winter Springs Chamber president Todd Sykes had this to say.

“I was delighted to see so many great candidates partake. It really shows that they are engaged and listen to voters,” texted Sykes.

Now, on to the votes!

In the season’s first dual county and open straw poll event featuring those of all parties, real estate magnate Donald Trump won with 214 votes cast. Hillary Clinton received 110, with Gary Johnson securing 53 votes. In the U.S. Senate race, Marco Rubio won the night, trouncing opponents more than 3 to 1 on both the GOP and general election line.

Incumbents John Mica and Bill Posey smoked the competition, with Mica enjoying a much healthier margin of victory.

Senate candidates Dean Asher and Peter Vivaldi wowed attendees with their strong victories among a crowd that featured Republicans, Democrats, Independents and more.

“I am humbled by the show of trust and confidence demonstrated by the voters at the event. We still have a lot of work to do to earn the respect and confidence of all the voters and citizens of Seminole County. I’m grateful for that opportunity,” emailed Gibson shortly after leaving the hob knob.

McKinney had this to say about his win. “Tonight’s win was just another indication of what our campaign has already known, even the establishment is ready for a change in leadership in Orange County Commission District 5. I will be an excellent commissioner for the business community as well as an accessible advocate for every resident.”

Businessman and former Orlando Mayoral candidate Paul Paulson fended off the political and operative class, with an impressive showing in his bid for Orange County GOP Committeeman.