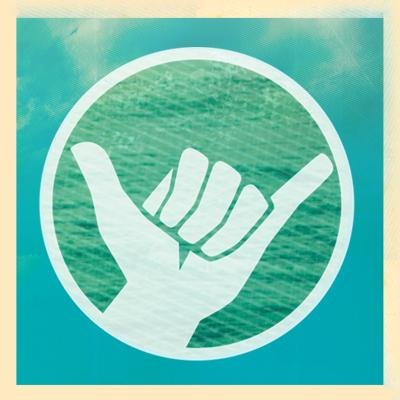 This will have been my second pilgrimage to Hangout Fest as a freelancer for East Orlando Post, but I am no stranger to Hangout Fest, the gem of Gulf Shores, Alabama. The weather is almost as beautiful as the beaches are almost as beautiful as the people. Hangout promises minimal clothing, maximum partying, and one hell of a rockin’ weekend with a great mix of today’s biggest bands; what’s not to love? The festival definitely had some hiccups this year, but they were handled well, and guests still had a great time. Let’s dive in to this review, like I regrettably did not dive in to the Gulf of Mexico.

If you didn’t see my pre-show article, then you missed out on this lineup:

If you missed out on this lineup in real life, then I need you to shed at least two tears about it. It was sick! Albeit the lineup doesn’t have as eclectic of a mix as usual, this is still very solid for indie and electronic fans. What better way to enjoy the beach, really? Each day held its own, and the pre-show with Matt And Kim was everything. Everything. I got to hold Kim’s foot up over my head with a crowd of thirsty millenials who were watching her twerk in mid-air. It don’t get much better.

Any veteran knows that the traffic to Hangout Festis abyssmal. The parking is even worse, teetering on $30 for a spot near the beach (good luck getting one!). The real deals know to park at the 24 Hour Walmart about one mile away and spend twenty minutes walking in the beautiful sunshine towards the beach. If you have ever wanted to cry yourself to sleep at night, get in a car and try to get to Hangout one hour after the doors open. That’ll do the trick.

Fast. Polite. Thorough in the sense that guns aren’t getting through but fun things are. Security is security: can’t live with ’em, can’t live without ’em.

Hangout Fest had some new sections this year that were awesome! The first feature being The Big Tap, a carnival-themed beer area with games, rides, and craft beer. Craft Beer! You only find craft beer at festivals hiding in the woods or in the hills! Bless, Hangout Fest, bless.

There was also the new section called Camp Hangout that was set up like an adult summer camp with teepees, fun game and activities, and s’mores at night. The best part of it was a dodgeball field made entirely of slip-n-slides, I SHIT YOU NOT. WHAT AN ABSOLUTE DREEEEEAM! If anyone knows how to bring the fun, it’s definitely the summer camp delight that was Camp Hangout.

Now, you may have heard me mention earlier that beeeeautiful Gulf Shores weather. I do stick to it, through and through, because of the multitude of times I have been to Hangout Festival, the weather has never been anything but perfect. On Friday, however, it rained. And rained. And rained. Torrential downpour to the point that the doors to the festival didn’t open until around 2:30pm. That is over three hours late! That is three hours that I’m not laying in sand listening to Bob Marley drinking craft beer (bless)! Much to their credit, the bands that were all supposed to play, all played. The schedule was immediately rearranged and available on the app. It was a very fast recovery, and very well-handled.

Maybe it’s because I’m a sewer rat, but I didn’t think Hangout’s food game was as strong as last year. Spice Pie was there, which makes up for most things that could go wrong at a festival. But where were those gourmet cream puff meal things? Where were your bangin’ panini makers? Does anybody want 178° asian food when it’s already basically 178° outside? Nah. There’s always the Hangout restauraunt you can go chill in, but… but street vendors…

Also, holy hell were there bars everywhere. I mean everywhere. If you got scared that there wasn’t a bar within 15 yards of you, fear no more, because there was. If I had a beer every time I wanted a BLT cream puff thingy this year, I would have had so much beer, and it would have been so easy to get.*

This is what I worry about every time I know a festival is coming: should I put toilet paper in my Spongebob fanny pack, or trust that there is goodness in this world? Usually the former is a stronger notion. However, unlike some festival’s lineups, Hangout Fest toilets get better every year, do not disappoint, and always show up.**

YOU GUYS. THEY FLUSH. THEY ALL FLUSH. They all have toilet paper. Nobody threw up in any that I went to. Nobody wrote “Eat my mom’s dick” on any of them. None had poo sludge. Dirt on the ceiling. Someone inside trying to sell you popcorn. None of it. They were sublime. And did I mention that they offer free shade? To be fair, the non-automatic port-o-potties by the media wristband check-in were horrifying. They weren’t auto-flush, were in the beating sun, and everybody was mad at them. Mad, mad, mad. That’s where angry spiteful poos happen.

Apart from that, paradise.

Weeeeeell, If you’ve read my articles before, I’m extremely partial to the people of Bonnaroo. The people of Bonnaroo are 85% friendly, and 15% other. Hangout Fest to me felt the complete opposite, until nighttime came and people were on drugs. Then they were all friendly, but that doesn’t count!

I’m sure everybody’s experiences are different there as far as interacting with people go, but mine was eh. Felt like a mating zoo more than a festival.

I would like to nominate the following shows for best of the weekend:

So fun. So talented. So meaningful. If you weren’t there, you severely missed out. Some of the screens on the Surf Stage were messed up, probably in part to the insane amounts of rain. But audio was on point, lighting was perfect, and the bands were phenomenal.

And there you have it! An amazinly COOL time was had by all in attendance at Hangout Fest 2016! Be sure to check out their social media and website for information on the 2017 festival, which will surely be available soon. We had a happy Hangout, and hope you did too!

*But really, what a terrible example. Do you get what I mean though? You do, though.

** Yikers, that was terrible too. #dealwithit

*** Not even a good picture of the show, but LOOK how big those beach balls are! 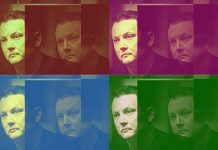