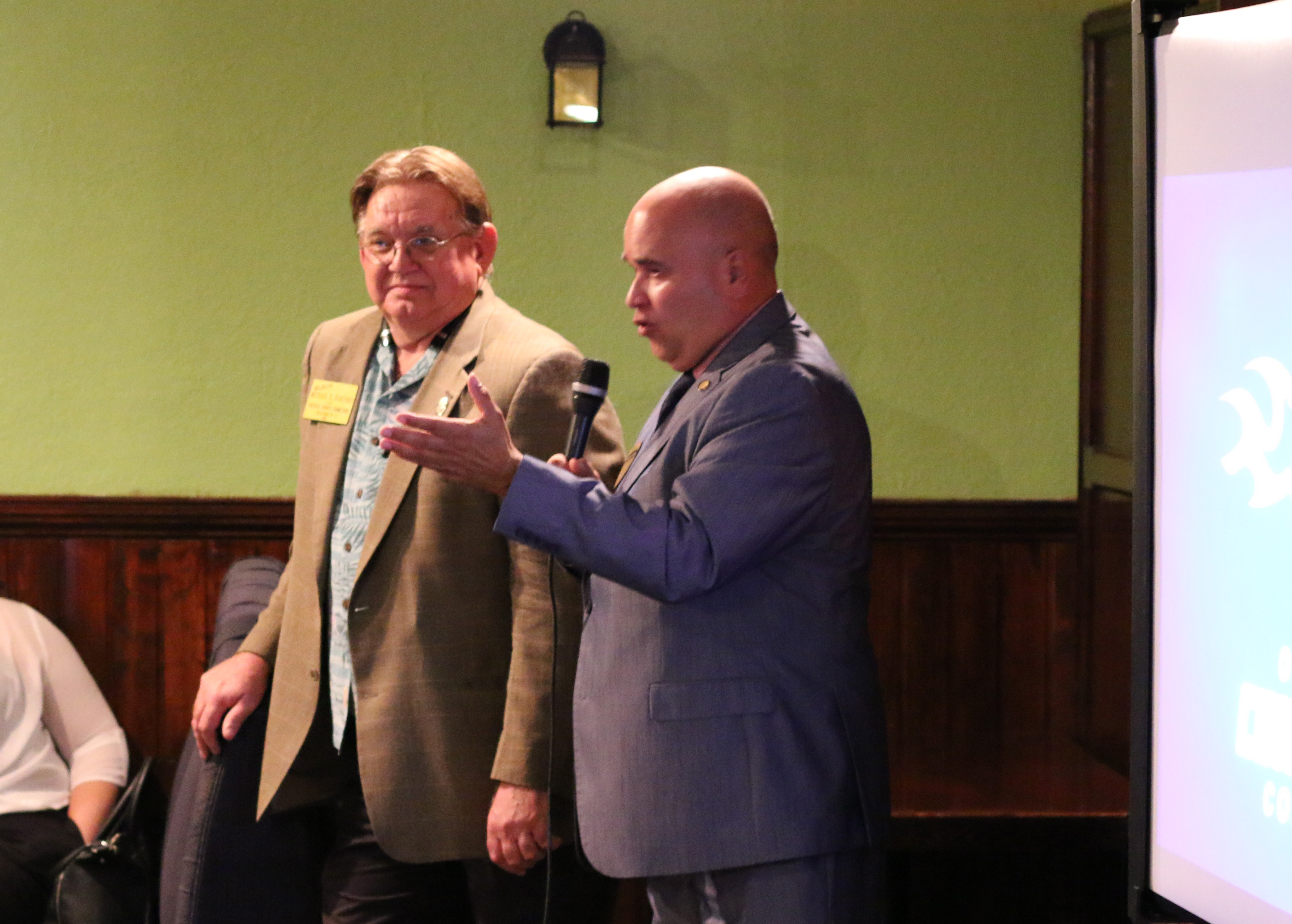 Carius is a leader of the Osceola County Democratic Party, serving as Vice Chair.

It started as the Continuum Project, billed as an open-source campaign network. Commissioner Harford served as President and longtime Democratic operative Josh Adair as project manager. Adair is also a legislative aide to Representative John Cortes.

Both Carius and Cortes were listed as candidates in the “Our Team” section of the website which included a mission statement to “expand the range” of qualified candidates capable of attaining public office.

According to Florida elections laws and guidelines, any group advocating for or against candidates for public office has to register as a political committee.

A search of the Florida Division of Elections listing of active committees revealed that the Continuum Project is not listed with the state and neither is the Osceola Continuum Coalition, which the group is now called. This leaves the group in open violation and subject to costly penalties.

Efforts to determine if the group is registered with Osceola County Supervisor of Elections were unsuccessful.

During the formation of the Continuum Project in 2014, Project Manager Josh Adair listed on his Facebook account that he was the “Director of Engagement” for Osceola County at Intercession City, a group funded by betterment grants provided by Commissioner Michael Harford.

Last month we exposed questions about Harford using the betterment funds to organize a political quid-pro quo for another Democratic operative, but now it seems Adair was on the receiving end of county money from his political benefactor as well. Adair, still involved in the Continuum Project, has been active in promoting the groups slate of candidates.

“They have printed palm-cards and distributed them, along with creating a whole new round of digital promotional material. So, not only is the group not registered… they are paying vendors for obviously political purposes,” observed a longtime Osceola County Democratic Executive Committee member.

This begs to question the ethics of Adair, Cortes, and Harford.

House rules also prohibit individuals who work in official capacity through state legislators can’t also be actively involved in and be compensated for political activities.

Was the grant to Intercession City from the Osceola County’s betterment fund through Harford’s office a political payback from the Commissioner to two longtime political allies?

We may never know.

What we do know if that this new information about the Osceola Continuum Project shows a true genesis between Harford, Adair, and Cortes that would seem to question the motivation for Harford to distribute the yearly betterment funds to Intercession City.

“Osceola County deserves commissioners with integrity. Harford has shown by his county- paid excursions to exotic locations that he lacks integrity.

Now that it appears that he is diverting county funds to his campaign consultants. Harford needs to come clean on what he is doing with county money and how it personally benefits him.”

With this new information, Osceola County should review the distribution of funds from the betterment grants received by Intercession City and ask Harford to explain why the non-profit has paid out almost all of those funds to several of his close allies.

In the meantime, these type of questionable movements with public and private money has motivated at least one candidate to file for office.

Former State Representative Ricardo Rangel, who recently announced his intent to take back his old seat, said members of the community urged him to run after they became disillusioned with ethical problems from local elected officials.

“I had an overwhelming amount of calls from people in the community pleading with me to run for District 43 again,” Rangel said when reached via text message.