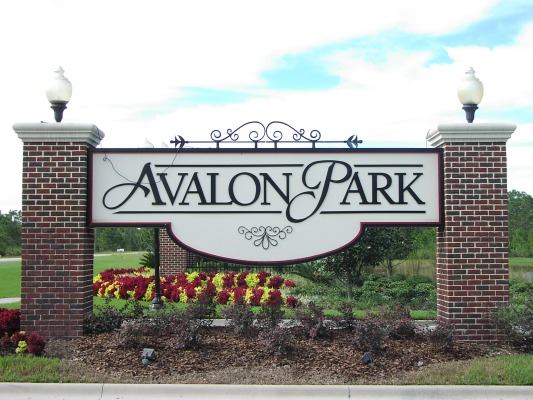 Leland Management has been less than lack luster as of late, with rude employees and no attention to detail.

Being one of the few people to see Avalon Park grow from inception until now, I have seen the good, the bad, the ugly…and everything in between.

Like many other burgeoning suburban enclaves, Avalon Park soon had to contract a management company to help with community upkeep and oversee the facilities.

During the early years, we had some alright management teams and some BARELY OK ones. However, two of these companies stand out for some VERY different reasons.

First, let’s start with our current management company, Leland Management. They were hired nearly a decade ago, and have undergone some contentious re-negotiations. Just a few years back, the Avalon Park Property Owners Association Board of Directors voted to let them go, and then, just a few weeks later, mysteriously voted to keep them.

Since this time, it seems the community in general has been on the decline. Over the last few years, myself and many other Avalon Park residents have been disappointed with their service.

After Leland saved their own skin, they decided to convince the Board to relieve Operation and Maintenance Contractors NJC Corporate Enterprises, Inc. of their community duties, who, in then Leland Manager Tracy Durham’s own words… were “the best contractor Leland ever worked with”.

Over the last four years, trash cans at community parks are emptied less frequently and allowed to overflow, dog stations have become a repugnant health hazard, and community pools and sports facilities are in terrible disrepair.

To top it all off, Leland employees are regularly disrespectful to residents and in many cases outright rude.

When I actually paid my dues to use the community center, an employee of Leland took our money and then entered it as “not paid.” Several weeks later, a different Leland employee barged into the sauna and told me I needed to leave because I had not paid the proper fees, which was of course untrue.

I contacted the main office to report this encounter and they informed me that the employee who pocketed my yearly dues had been fired, but offered no real resolutions or explanations of how something like that could occur. Worse yet, the employees of this management company allow unsafe situations to occur that could put Avalon Park residents at risk, both physically and financially.

For example, almost every time I have visited the South Village Clubhouse, the pool area has been filthy and out of control. Residents who are allowed to invite only a handful of guests, invite caravans past the allowed amount, and nothing is done to stop it.

Leland employees do nothing, and often allow their family and friends to enjoy the facilities. Just this past Summer I was attempting to show a guest the amenities for the first time and I was not only embarrassed… but sincerely concerned.

This guest, who was considering purchasing a home in Avalon Park, was not impressed. Leland employees were allowing their family members and friends to use the pool, putting it at near capacity. These non-residents blocked doorways and fire exits by pulling tables together and laying out coolers.

When we tried to enter the pool, one of these groups told us the pool was “ours right now” and we should comeback another time. Needless to say, I reported this to the employee on site who retorted, “Do you think I get paid enough to enforce all the rules?”

Does that seem like an attitude following the core tenants of Leland’s company philosophy of honesty, respect, teamwork, and customer service?

Other instances include Leland employees shutting the pool down early so they have less work at the end of a shift, permitting broken cabinets to remain unhinged in the bathrooms, and allowing community facilities to overflow with garbage.

Just yesterday, when I asked an employee her name, this was her response… “It’s Blanca. Not that it’s any of your business or concern.” So, what is the point of bringing all this up?

The point is… Avalon Park once had a competent team maintaining this community – NJC Corporate Enterprises, Inc. which was actually run by Avalon Park resident James DeCocq.

Mr. DeCocq’s staff was ever present, always respectful in my opinion, and were all local residents who had a stake in our community.

DeCocq still scratches his head as to why NJC was truly relieved of their duties, since the Leland Manager at the time thought so highly of his work.

But he tells us he feels one reason could be that he refused to underwrite community events that were already paid for by commercial tenant fees and other sources, while other contractors who ponied-up sponsorships kept their contracts.

“They wanted to put the cost of community events on us as they had done with the commercial tenants, but I refused to do so. It would have meant either paying my employees far less for a stellar job, or raising my contract cost and putting that back on the Avalon Park Residents…either way, that simply isn’t right.”

If Avalon Park truly wants to continue growing and welcoming new members into our area, we should be highly concerned with the problems presented by Leland Management, those who they employ, and the contractors they have allowed to drain the community coffers while, and I use the term loosely, “providing” below average services.

Lastly, we should remember this…paying for community events by hiring a lesser (on all levels) management company seems more important than showcasing the community for guests and residents in Avalon Park’s eyes.

We will never compete with Winter Park, Baldwin Park, Celebration or other well maintained and managed communities until we retain a new management company.

The time for a change is now.