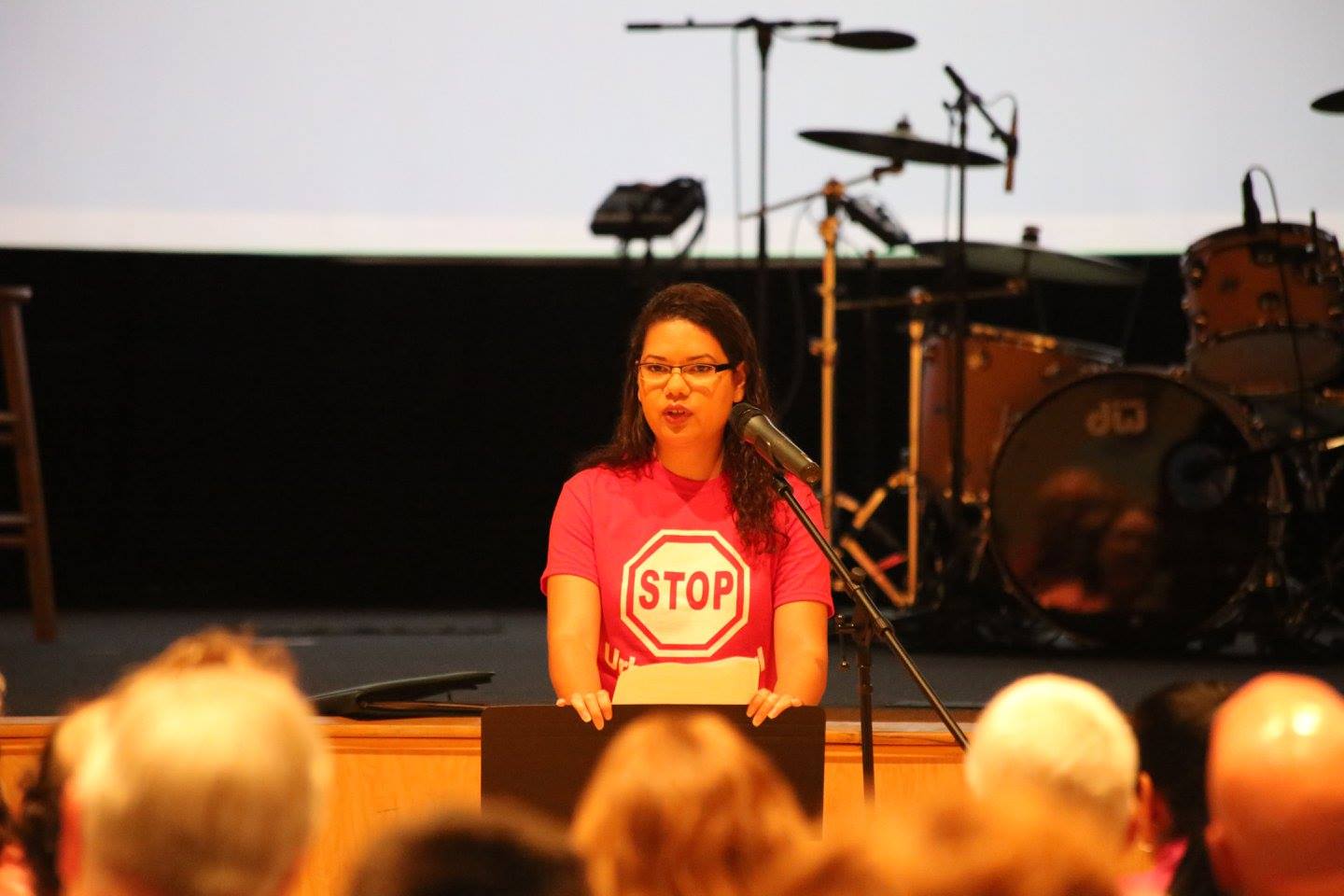 Self-proclaimed environmentalist and leader of Save Orange County was silent when inappropriate remarks went flying at a community meeting.

Last summer, recent Orange County Commission candidate Emily Bonilla was leading a raucous community meeting through her group Save Orange County. The meeting, which was publicly advertised as a discussion on a groundbreaking housing development, was one of the worst attended functions in the groups history.

With just under a hundred in attendance, it became clear from the start that the meeting was meant as a rally for Save Orange County, not a community question and answer. When public comment opened, the mood turned sour when several college students and local area business owners spoke in support of the agri-hood development known as “The Grow.”

It was at that moment that Emily Bonilla demonstrated a true lack of leadership, and it should be marked as a “defining moment” that would haunt her future bid for elected office. Supporters of Bonilla’s group, along with leaders of Save Orange County openly engaged in racist, classist, and homophobic remarks.

Some of the comments, which were recorded, included the following:

“We don’t want anyone coming to this area. We don’t want renters, students, or people who are going to live in this ‘HOOD’.”

Later on, another attendee who asked how the group was going to deal with the rude comments being made by supporters of Save Orange County was accosted by a man for having those “embarrassing skinny jeans”.

Before finishing his thoughts, the UCF student was interrupted by an audience member who discounted his opinions and then argued that the young man’s differing viewpoint was “what AIDS was doing to that generation.”

Yet, Bonilla allowed the insults to continue and the hostile, racist, and homophobic atmosphere to persist. Here, Emily Bonilla had the opportunity to calm the fervor, but decided that allowing such remarks was important for Save Orange County’s morale. That is not what a leader does.

A leader makes bold decisions at times like that, Emily Bonilla did not. Orange County voters in District 5 should consider the other candidates long before Bonilla — Timothy McKinney, Gregory Eisenberg, Ted Edwards.

Worse, Bonilla accused a respected business advocacy group and it’s leaders of being “racist” for not including her fledgling campaign in a candidate forum. This demonstrates that Ms. Bonilla has a habit of using racism for personal means.

First she allowed racism and homophobia to occur during a meeting she organized, and now she uses it to level baseless accusations to get press.

Look, it takes guts to run for office and Emily seems to be making quite an effort… but for all the wrong reasons.

Before voters can take Bonilla seriously, she needs to denounce the racism and homophobia exhibited by her group Save Orange County.