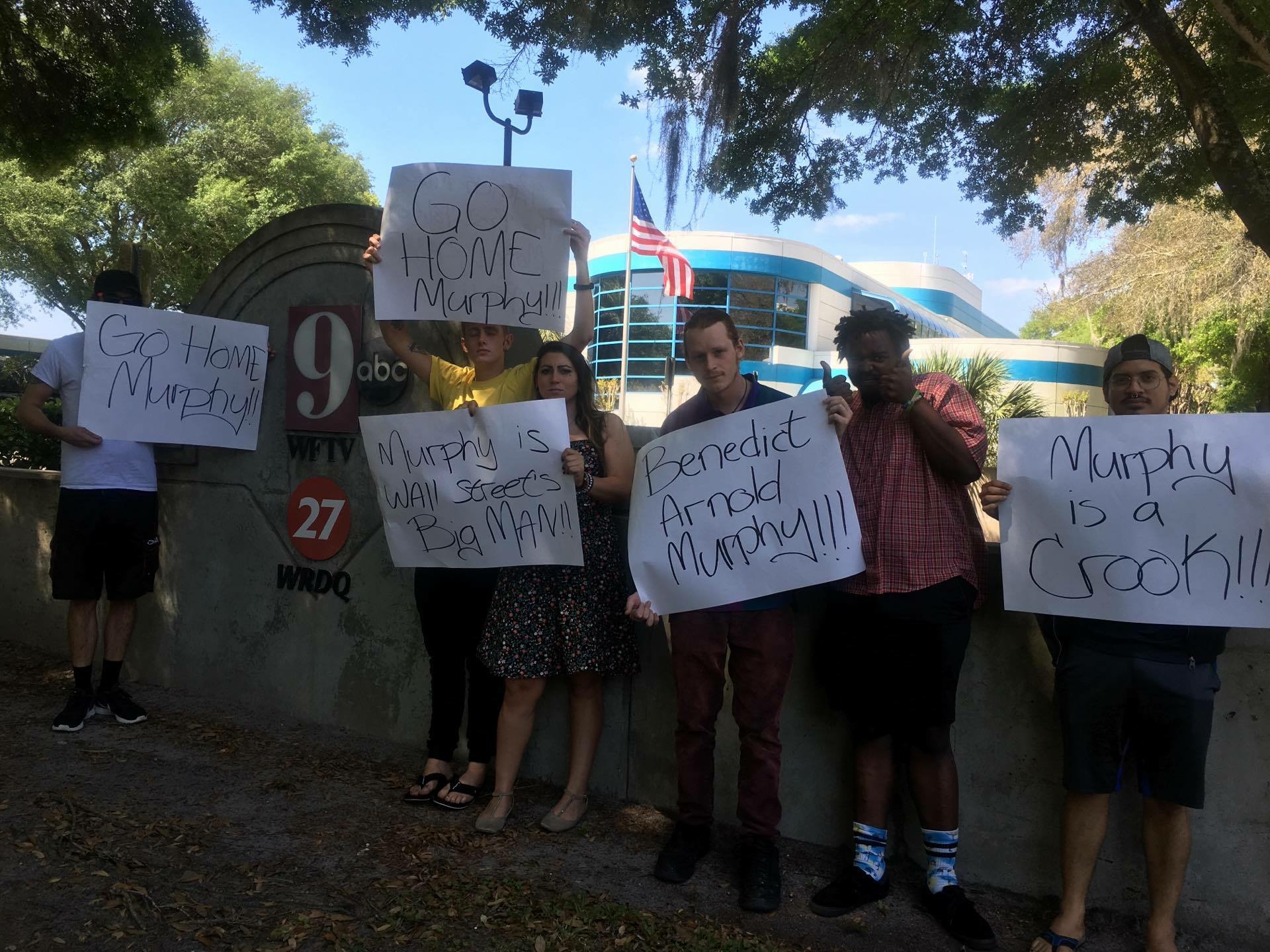 In what should of been a successful press junket throughout Central Florida for Congressman Patrick Murphy, the first term freshmen and U.S. Senate candidate was the subject of protest by Central Florida’s young progressives.

With yesterday’s revelation that Mr. Murphy and his staff illegally leaked sealed documents from the Office of Congressional Ethics in order to unfairly attack his Senate opponent and Central Florida Congressman Alan Grayson, the area’s young progressives decided to stage protests at several local TV stations where Murphy was making appearances.

A source confirmed to the East Orlando Post that the protesters were chanting things like “Murphy Go Home!”, “Murphy’s A Crook”, and accusing the South Florida Congressman of allowing his mega-developer father influence his voting patterns.

“Patrick Murphy is not a true progressive. He donated the maximum to Romney, has been weak on social security and medicaid/medicare.

He was a Republican fundraiser and now we know he is corrupt. Grayson’s been consistent and he takes on the establishment and insiders. I wish Murphy would stop emailing me,” said Patrick Kabot, a UCF graduate and member of the popular Orlando gypsy rock band The Getbye.

According to the Congressman’s internal schedule, he did not plan any public events and wanted to limit interaction with local residents “completely”. The group, made up of several first time voters and college-aged progressives followed Congressman Murphy to several TV stations and are going to appear on WFTV Channel 9 News this evening.

Ali Kurnaz, an Orlando leader in youth civic engagement, said Congressman Murphy has found himself on the wrong side of history with several issues important to young people.

“Young people are frustrated with weak Democrats who won’t stand firm on the issues that are most important to our demographic. Congressman Murphy has stood on the wrong side of history with his support of the Keystone XL Pipeline, the disastrous Trans-Pacific Partnership (TPP) agreement, and voted to reject the resettlement of Syrian refugees fleeing from the horrors of a chilling war.

Young people are looking for visionaries who will put our country back on track by implementing a bold, progressive platform.”

Thus far, Grayson has thrived on small dollar donors in the style of Bernie Sanders, while Murphy has relied heavily on Super PAC money and big-dollar influxes from his father’s business partners and the DC establishment.