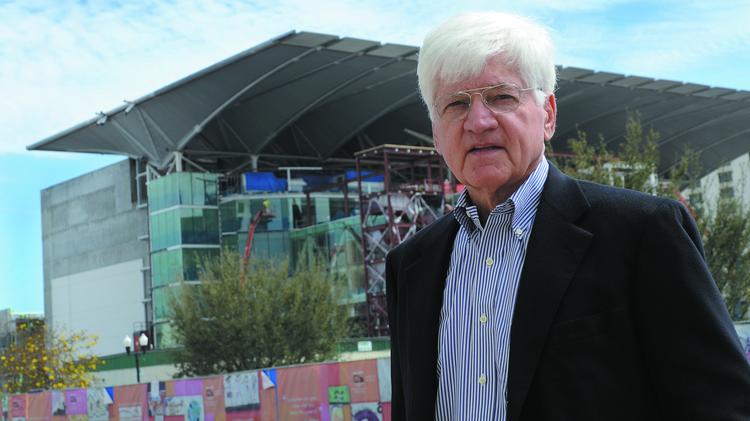 The mega-developer and owner of most all of Orlando’s elected officials, does not like the idea of term limits.

Boorish mega-millionaire Jim Pugh is not happy about the possibility of the Orlando Mayor and City Council members potentially being forced to serve two terms as a result of a petition effort called Eight is Enough. If passed, it would ban all but two of the current members on the Orlando City Council from running again.

Lead by governmental accountability expert and former city manager James DeCocq, the Eight Is Enough group began gathering signatures from Orlando residents in mid-March. The petition calls for a term limit of 2 terms or eight years for the Orlando Mayor and City Council.

Eight Is Enough supporters claim to have gathered over 5,000 signatures already, but these movements don’t sit well with Pugh, the leader of Central Florida’s politically elite donor class.

Jim Pugh, owner of Epoch Properties and Chairman of the non-profit Dr. Phillips Performing Arts Center, has a long history of steering millions of dollars in campaign contributions to his favored elected officials, many of whom are entrenched members of the Orlando City Council.

In response to a press release from the Eight Is Enough Chairman James DeCocq announcing the effort, Pugh replied that DeCocq and anyone supporting term limits should “drop dead.”

“I always find comments like this to be curious, but unfortunately not surprising,” said DeCocq when contacted by the East Orlando Post, who argued that someone so vehemently against term limits must have some vested interest in opposing them.

Pugh refused to explain his comments via telephone, and at one point his assistant crowed that he did not send such an email.

Calls to his home residence went unanswered as well. A screen shot of the email can be seen below.

Ax the Tax founder Doug Guetzloe, who is supporting the Eight Is Enough effort, observed that Pugh would have much to lose if the term limits were adopted by voters.

“Mr. Pugh and his cronies have invested heavily in the status quo and current leadership. Telling people to drop dead or entertaining the idea of killing people who are simply expressing their opinions is extremely troubling,” explained Guetzloe.

It is unclear if Mr. Pugh was impaired during his email missive, but that would explain his memory loss when confronted with his request for term limits supporters to “drop dead.” Records show that Mr. Pugh is currently a Winter Park resident, but wields tremendous clout within Central Florida’s political class, on both the Republican and Democratic ends.

Mr. Pugh, I know it is hard to fathom the idea of having a freely elected Mayor and City Council, independent of your brown paper bags full of cash… but you should know better than to engage in such a thuggish manner with those who want to replace honor in the City of Orlando.

Probably time to slow down on the Balvenie single malt… just saying.