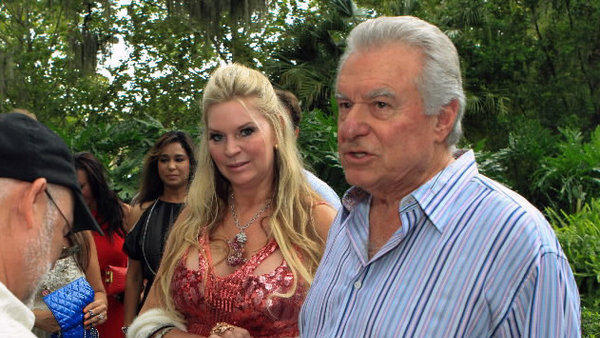 As the East Orlando Post speculated months ago, timeshare billionaire David Siegel, a longtime friend of Trump, will endorse Trump at his Saturday rally in Orlando.

A few months ago, the East Orlando Post speculated that Central Florida resident and CEO of Westgate Resorts David Siegel, was close to endorsing Trump after the Republican front-runner held a raucous rally at one of Siegel’s Las Vegas properties.

Mark Waltrip, the Chief Operating Officer for Westgate told us that Mr. Siegel and Westgate had not yet decided on a candidate to support and that Trump paid full price for the space… making it clear that it was not an in-kind donation to the campaign.

Trump, who once dated Siegel’s wife Jacqueline, has been friends with the Siegel family for well over a decade.

Now a source familiar with the agenda for Saturday’s event tells the East Orlando Post that David and Jaqueline Siegel are going to be attending the rally, and potentially fielding questions from the press regarding Mr. Siegel’s endorsement of Trump.

The event is taking place at the University of Central Florida’s CFE Arena and 10,000+ people are expected to attend.

“It is not clear if David will have a speaking slot, but I know that he will be arriving early and staying late.”

The source speculated that Trump’s recent attention to the drug epidemic plaguing America has caught the eye of the Siegel’s, who lost their Daughter Victoria Siegel last summer to a prescription drug overdose.