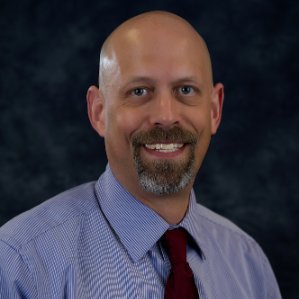 The East Orlando Post has reported during the past few months about the troubling allegations and charges facing the head pastor, David Janney, of the Orlando Baptist Church. From coercing an inappropriate sexual relationship with a dedicated volunteer, to initiating a strong-arm cover-up… the church has been mired in controversy.

Pastor Janney, who had been sued in years past for misspending church funds, eventually resigned after an odd ritualistic forehead marking process of his “enemies.”

Now, the East Orlando Post has learned that the Orlando Baptist Church has appointed Mike Zobel to oversee the pastor committee, Zobel is the former principal of Orlando Christian Prep. Mr. Zobel was principal and lead authority over the school during their worship and trust in two troubled brothers and sports coaches who ended up being child pornographers and professional burglars.

Zobel oversaw both Buck and Jeff Lanham at Orlando Christian Prep, who had various burglary and cocaine related arrests prior to be employed by the school. Orlando Christian Prep’s background check proved inefficient, but nonetheless, multiple parents complained about their tactics according to the Orlando Sentinel.

“If you’re a winner, you can do almost anything you want and get away with it,” said Barry Hauser, whose daughter started for three years on Buck Lanham’s varsity squad at Bishop Moore.

One of the Orlando Christian Prep coaches would go on to be arrested on child pornography charges, the school in turmoil. At the head, was Mike Zobel as Principal. He oversaw policies that favored lax background checks and instead favored winning records.

Now, Zobel has taken a prominent role at Orlando Baptist Church. Orlando residents and Baptists should ask themselves if such a man if fit to serve. For an organization and church under such turmoil for ethical and moral lapses, should they be placing faith in a man who employed a cocaine smuggler and child pornographer?

“The Janney family and their cohorts have consistently taken money donated to Christian ministries and used it for personal gain, cheated at OCP and in personal relationships, while simply taking advantage of the followers of these organizations. It’s sad that no one at the Church would call for a basic look into the finances and personal behavior going on behind the scenes.

It comes as no surprise that they would bring back Zobel, an individual that left OCP in disgrace, to try to clean up the mess and make sure another Janney stays in control at the Church, school and other ministries.” Mateer exposed Janney and his family for misspending over $100,000 of money Mateer donated in 2013.

We here at the East Orlando Post firmly believe that an audit of the church’s finances and perhaps a moral/ethical audit are in order. Pastor David Janney resigned, leaving his son Dusty Janney in power.

It seems that the apple does not fall to far from the tree, with Dusty and the Deacons making questionable decisions like appointing Mike Zobel. Orlando can do so much better.

If Orlando Baptist Church has nothing to hide… they will open up their books and explain the decision to bring in Mike Zobel, appoint Dusty Janney lead pastor, and the churches finances… sooner than later.