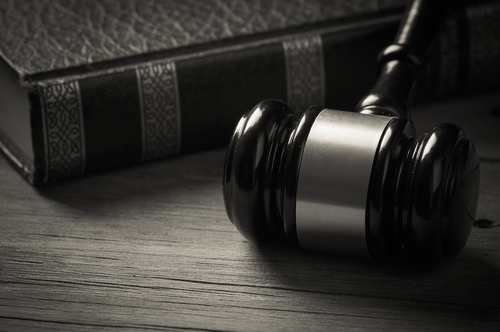 In 2014… a judge, OPD legal counsel, and other power-brokers worked hard to dissuade a criminal defense lawyer who sought to be elected on the circuit court. Sought after criminal defense attorney Roger Scott, who has an impressive track record and under-the-radar approach, filed as a judicial candidate against incumbent Heather Pinder Rodriguez on April 30th, 2014.

Mrs. Rodriguez was appointed to the bench as a result of a significant lobbying effort on her behalf from Tad Yates, a longtime friend and head of the 9th circuit Judicial Nominating Commission. Heather Pinder Rodriguez had no jury trials in her career as a lawyer at the time of her appointment.

The appointment was confirmed by Republican Governor Rick Scott on January 2012. Rodriguez would apply for a higher seat on the district court of appeal in March of 2014. On the same day that Mr. Scott filed for the circuit court on April 30th in 2014, Scott’s wife and law partner, Catherine Medling, received a call from another judicial candidate Diana Tennis.

Ms. Tennis had not talked to Catherine in over 14 years.

But the call came with a message. Diana Tennis told Scott’s wife that his opponent Heather Pinder Rodriguez was “well respected and liked.” Medling was warned that Rodriguez was politically connected with “influential friends.” She said it was better if he not run, pick another race, or wait his turn.

The instructions to drop his campaign did not end there. JNC official and Chairman Tad Yates contacted Roger on April 30th as well…several times according to evidence obtained by the East Orlando Post.

This behavior should be very concerning. A review of Florida’s Code of Judicial Conduct found that judicial candidates and incumbents should not be actively influencing campaigns directly or indirectly.

Then Tad Yates called again. He left a voicemail that sitting Judge Alan Lawson wanted to discuss Roger’s campaign against Pinder Rodriguez. It would be followed by a text from Tad Yates, that included the message in a group communication to Roger Scott.

“I called Roger. I left a detailed voicemail. I will let you guys know if he calls me back. I told him he could confirm the information I was giving him by speaking with Judge Lawson.”

She told Scott that she wondered who called her and upon finding out it was him, revealed that she thought he was calling to announce he was ending his campaign.

Roger Scott communicated that he was not dropping out of the race.

Heather Pinder Rodriguez would not be appointed to the 5th circuit court vacancy that year, with Rick Scott selecting Brian D. Lambert on May 19th, 2014. A month later, another spot on the 5th DCA was announced, with a deadline for August 22nd, 2014. Mr. Scott then asked on Facebook (August 23rd, a day after deadline passed) if his opponent, HPR had also applied for this spot, and if she would finish out her term if selected by the Governor.

Interestingly enough, the 5th DCA Judicial Nominating Commission would extend their selection process until September 5th, after the election. No reason was given.

Heather Pinder Rodriguez would go on to beat Scott in the August 26th election and later would appear on the short list of candidates seeking appointment on the 5th circuit.

While everything could have ended with Mr. Scott losing the election, that route did not seem to please the political power-brokers and a few high ranking officials with the Florida BAR. It is suspected that Judge Rodriguez and others who pressured Scott to drop his campaign for judicial office, are also the driving forces behind a Florida Bar investigation into Roger Scott.

According to a Florida Bar memo obtained by the East Orlando Post, the organizations legal counsel requested top investigator Shirley Coleman look into Facebook comments and communications from Roger Scott, concerning his one-time opponent Heather Pinder Rodriguez. The investigation started in September of 2014.

Legal experts told the East Orlando Post that it is “odd” that a formal complaint was not the source of an investigation. The document would go on to state that the investigation was also prompted by an article in the Orlando Sentinel regarding the contest between Scott and Rodriguez. No other evidence or reasons were given.

On May 18th, 2015… Mr. Scott was deposed by Florida Bar counsel Patricia Savitz as part of the investigation. The investigation required evidence of Mr. Scott’s payments to the IRS for yearly taxes, life insurance and hospital documents, among other items that seemingly had nothing to do with the core investigation.

As part of his testimony, Mr. Scott would furnish the Florida Bar with evidence of the pressure he received from Judicial Nominating Commission leader Tad Yates, Judge Heather Pinder Rodriguez, her husband, and now Judge Diana Tennis to drop out of the race.

The Florida Bar investigators would confirm these allegations and it is unclear at this time if they plan on reprimanding or fining the individuals involved for violating the code of ethics and rules for judicial candidates and members of the Florida Bar.

Again, you would think that the strong-arm tactics and retribution against Mr. Scott from his former opponent and lackeys would end there… but it did not.

Earlier this month, Mr. Scott would be further embarrassed and harassed when the General Counsel for the Ninth Judicial Circuit would email all of the judges and clerks informing them that Roger Scott was “not eligible to practice.” The document claimed Mr. Scott was admonished in 2015 by the Florida Bar for not paying certain fees, and therefore he was not eligible to practice until said fees were paid in full.

The compliance coordinator for the Florida Bar stated in a memo responding to Roger Scott’s legal counsel, that they had indeed received the fees owed by Mr. Scott, but that a processing error on their end had caused it to fall through the cracks. At that point though, the damage had already been done.

They clearly interfered in a judicial race… and according to our sources… continue to support and facilitate investigations and activities meant to besmirch and discredit Mr. Scott for running against a well connected and politically active Judge.

Judicial Nominating Commission official Tad Yates refused to provide comment on this story, and the East Orlando Post waited several days to obtain responses from other parties involved, to no avail.