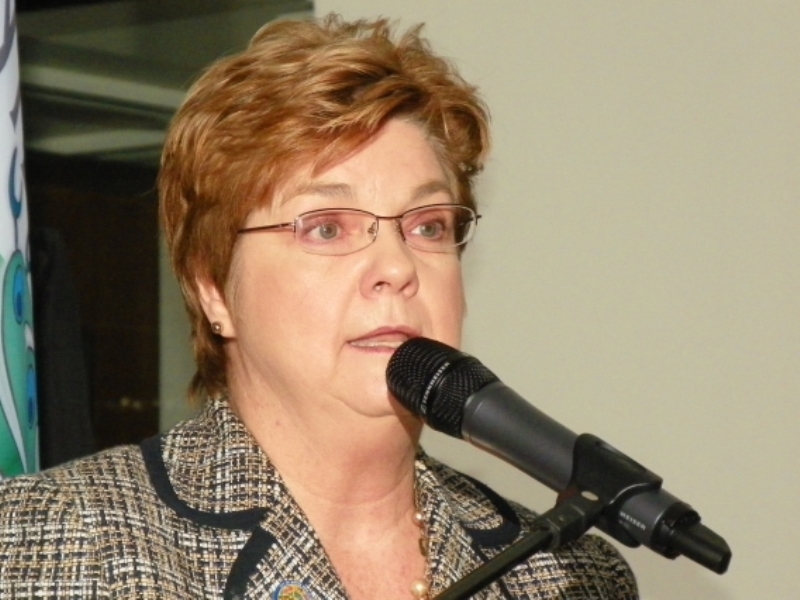 The incumbent Winter Park Commissioner and career politician has a lot to answer for this election.

Winter Park District 3 City Commissioner Carolyn Cooper started her time as a public servant as most do: wanting to effect positive change and do the people’s work. However, those hopes and dreams were dashed almost immediately after she was elected to her first term in 2010.

Cooper, a former executive at Lockheed Martin and member of the Planning and Zoning board, instead allowed her inner career politician to kick in. It started with her vote to increase her own pay by almost 500%, even while there was a freeze on all city salaries.

Worse yet, she helped craft and pass a budget one month prior that cut insurance benefits and left vacancies unfilled in the Police Department. You see, her golden parachute package from the nation’s largest defense contractor was not enough. The vote came after a “Citizen Committee” appointed by her predecessors recommended a change to the City’s charter simply to give the City Commission the power to set the commission’s pay as opposed to it being set in the Charter.

Though she knew the pay when she ran for elected office and never campaigned on pay raises, she wasted no time in putting elected power to use in securing a pay raise. When Cooper is confronted with her vote in a mailer from her opponent, she responded by saying it was a “laughing matter.”

She also admitted it was wrong, calling it a “rookie mistake” at the same time saying it was “right thing to do.”

But Cooper did not stop there. She also lead the charge to increase pay for future commissioners. Nothing like politicians taking care of one another. Cooper reasoned that the pay increases were needed to “broaden the field” of potential new leaders, because elected office is about the paycheck.

Now, as Cooper faces her first serious challenge from respected entrepreneur Lambrine Macejewski, owner of the popular Cocina 214, she finds herself desperate to maintain her house of cards. Macejewski has been holding standing room only volunteer events, and was just today endorsed by five former Mayors of Winter Park, including Mayor Ken Bradley who saw Cooper in action first hand.

In addition to her nearly 500% pay raise and securing increased paydays for her successors, Cooper has developed a habit of taking credit for things that even cause Al Gore to hesitate before claiming he accomplished. A campaign mailer obtained by the East Orlando Post shows Mrs. Cooper claiming credit for increasing Winter Park’s reserves by $7 million.

Aside from her votes on hot button issues like pay raises, and police funding, Cooper vigorously opposed man’s best friend. In a bizarre collection of votes, Cooper has advocated for an aggressive police presence in city parks to forcibly remove residents who are walking with their dogs.

She has also voted to charge residents and visitors to Winter Park for using the city’s dog parks, and has even voted to create “park rangers” that would enforce those fees.

We are not making this shit up, these are actual votes by Carolyn Cooper. Speaking of shit, she even voted to spend $40,000 educating dog owners about dog poop.

In the just plain stupid department, Cooper voted against cost-effective and environmentally friendly solar panels on the Rollins parking garage, and even voted against the city flag. Pay raises, salary/benefit cuts, fuzzy math, and dog poop aside… Cooper recently accepted several contributions from business with contracts before the city commission.

The WFTV report on the first instance can be found here. The second, however, is equally alarming and speaks to her clouded ethics and questionable morals. Cooper accepted a high dollar contribution from the CPA firm that currently conducts audits on Winter Park, again “skirting close to the ethical line” according to WFTV.

In another instance, Mrs. Cooper accepted $2,000.00 in contributions from Phil Anderson and his wife Jennifer, who are attempting to buy city owned property for mass development purposes. The checks arrived and were cashed after Cooper asked city staff to go back and review the property and negotiate a different rate based on recent developments.

Funny that a lady who calls herself the “Queen of Anti-Density”, worked so feverishly to secure a favorable rate for the sale of city owned property to a mega developer. Then again, the $2,000.00 in campaign contributions helped her “evolve” on the issue.

But ethics have never been a particular strong suit for her.

Remember her vote against a resolution asking the Florida Elections Commission investigate a campaign mailer that violated Florida law? That mailer was sent on behalf of former Winter Park Commissioner Beth Dillaha. Dillaha would eventually be found guilty for accepting $5,000 left in a brown paper bag on her front porch.

The former commissioner remains close to Cooper and recently contributed $150.00 to her re-election campaign.

While a little known publication called the Winter Park Voice, which refuses to reveal their financial backers, has come to Cooper’s defense on a myriad of issues, voters know better than to listen to that dribble.