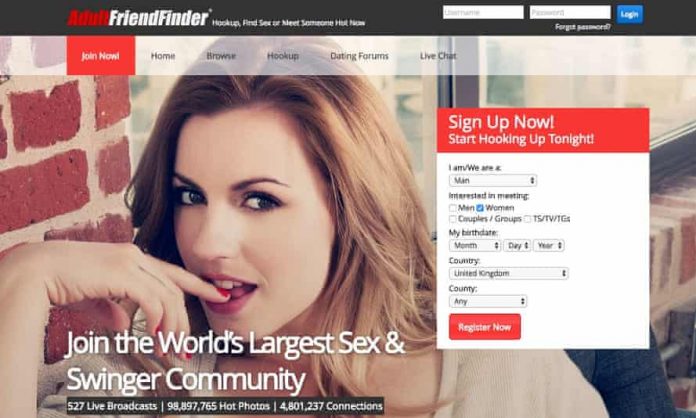 The Orange/Osceola County State Attorney, who held a press conference Sunday afternoon to address his Ashley Madison account, was allegedly active on another adult site.

At Sunday’s dramatic press conference at the Wyndham on International Drive – where he admitted to visiting ashleymadison.com to feed his curiosity – Orange/Osceola State Attorney Jeff Ashton was asked a strangely specific question of if he used other dating and/or swinger websites to facilitate the idea of extramarital affairs.

He answered something to the effect of – “I don’t even know how to answer that.”

Later, he was asked what email address was utilized to log into AshleyMadison.com, and he refused to answer. He was asked if he had ever had an affair, and denied any in person encounters.

Ashley Madison’s tagline is “Life Is Short. Have An Affair.”

East Orlando Post, now Central Florida Post, was the first to break the story that has been profiled around the world. As part of our detailed research, we have determined that the email address utilized for payment purposes on AshleyMadison.com was barry5515@gmail.com.

Through further research, the Central Florida Post has discovered an account on AdultFriendFinder.com with the username “Barry5515” – with a “G” (Group) ending the username – suggesting that he was posting on behalf of himself and another party.

This means Ashton was potentially untruthful at the press conference, because a profile appearing to describe his professional and personal life can be found on AdultFriendFinder.com. A screenshot of that profile can be seen below. You can also visit the profile through an internet archive system by clicking here.

The “Barry5515” account that Ashton is suspected of using.

On the “Barry5515” profile, there appears to be evidence that suggests that the duly elected and sworn state attorney of the 9th Judicial Circuit, Jeffrey L. Ashton, was untruthful during his Sunday afternoon press conference.

First, it is worth noting that the account was established on November 30, 2013. Mr. Ashton was 56 at the time. The account lists “Barry5515” as being 56. Furthermore, this was the time period during which Mr. Ashton has admitted to being on AshleyMadison.com, feeding his curiosity about extramarital affairs.

The couple says they live in Winter Park. Mr. Ashton lives in Winter Park. Somewhat surprisingly, it says that it was last visited this week. It is simply not believable that this is a coincidence, although we would welcome a denial from Mr. Ashton.

From the bio at the link posted above:

Here, it would seem that Mr. Ashton is caught being dishonest yet again. He told the press that he never had an affair on his wife. But here, he is allegedly posting with an unidentified female counterpart he presumably planned to swing with.

This appears to be a very close physical description of Mr. Ashton.

The East Orlando Press is hard at work to discover who the second half of this duo is, and will be profiling middle-aged redhead women, presumably in the legal profession, with green eyes. If you have any idea who this might be, please contact us as soon as possible.

“We do play together and separately. Our jobs are very high profile, and once a communication line is opened, we will gladly send you pictures.”

Here, it appears that Ashton and his suspected redheaded green-eyed companion are willing to swing with another couple or swing separately. Again, if you have any information regarding user “Barry5515” please contact the East Orlando Post (now Central Florida Post). Below is the ideal person that “Barry5515” was looking to encounter, according to information obtained from the Adult Friend Finder profile.

“My Ideal Person HIS: Looking to explore his bi side but not a deal breaker with the right couple. Prefers height/weight proportionate.”

A PDF that captured the entire webpage is below.

This suggests that Mr. Ashton or “Barry5515” is allegedly expressing a desire to not just have an extramarital affair, but to experiment with men – according to the account believed to belong to Mr. Ashton. If any of this information is true – if Mr. Ashton was dishonest with the press, and to his constituents today about whether he had an extramarital affair, whether he was a swinger and whether he had ever logged in to another website for the purpose of potentially cheating – than Mr. Ashton has absolutely no choice but to resign his office immediately.

We at the East Orlando Post, now Central Florida Post, understand that nobody is perfect, and that it is commonplace for dissatisfied lovers to break their wedding vows. But for Mr. Ashton to have potentially lied to the media and community about his involvement on other sites, it is problematic for the man responsible for being the moralizer of Orange and Osceola Counties to be caught being untruthful yet again.

He is able to take away a citizen’s freedom with his signature. He can charge you with a crime, and the way the legal system is established in America, there really isn’t anything you can do about it but hope a jury finds you innocent – if you can afford a decent attorney.