During the month of February, VanderLey collected just over $25,000 from 59 total donations. When we examined the report, several familiar names immediately stood out, with several having business before the Orange County Commission and the Planning and Zoning Board. Jose Cantero donated $250.00 personally, and sent another $1,000.00 to Ms. VanderLey through his business, Cantero Holdings, LLC.

VanderLey told us that Cantero and Boyd Development Corporation have not had any business before the board recently. “Mr. Cantero does own land in Horizon West, but it is not currently being devloped and will not come to the board until they decide to develop it,” explained VanderLey.

Mr. Cantero’s donation came at a time when he still served with VanderLey on the Planning and Zoning board. Cantero is a prominent land holder in the Horizon West area in District 1. Over the past few weeks, we have documented how Cantero and VanderLey could have potentially committed several sunshine violations – most recently at a private committee meeting hosted by the West Orange Chamber of Commerce.

An advisor close to VanderLey contended that board members simply being in the room does not equate to a sunshine law violation. The confidante also added that the laws do not prohibit general conversation about development trends.

“In fact, the P&Z Board typically receives the staff reports on the actual cases coming in front of them on the Friday prior to the meeting. That means that the members often don’t even know which cases they will see until 6 days prior to the hearing.”

Local ABC affiliate WFTV reported on an ethics complaint filed with the state against VanderLey a few weeks ago, highlighting the potential violations that occurred at VanderLey’s campaign finance strategy meeting early in the month. The event was attended by Jose Cantero and several others who contributed to VanderLey’s campaign – who also had business before the Planning and Zoning board.

VanderLey’s camp says that the state has no record of the complaint, suggesting that it might of been done to create a faux controversy – linking the complaint to a group that is associated with ACORN, a national community based social & political organization.

Ms. VanderLey submitted her resignation from the Planning and Zoning board on February 27th, almost 3 weeks after she opened her campaign account and started collecting contributions – a violation of the county charter. Those extra three weeks allowed her to get a good head start in fundraising from individuals and businesses who have a vested interest in West Orange County.

“If they (contributors) own land, I am not aware of it and have never discussed same with them,” VanderLey told us when asked whether or not she used her position to secure donations. 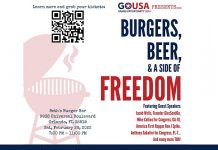 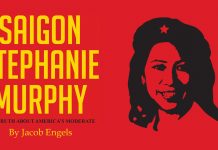 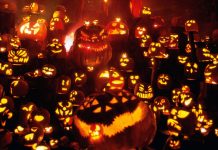