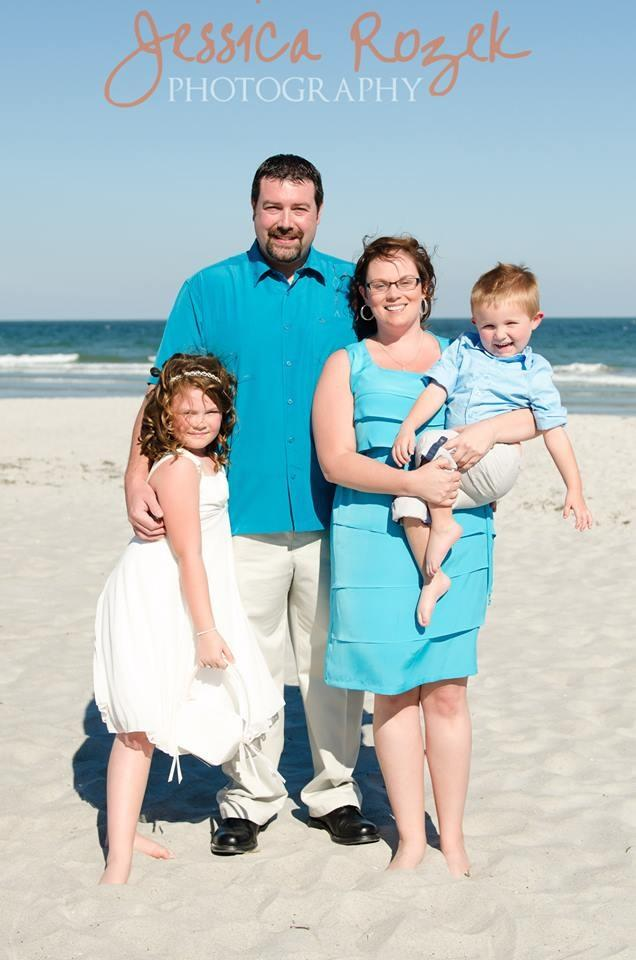 This is why I love living in Avalon Park. Below is an account of a family who made it their mission to help a local homeless man named Walter. A wonderful example of a community banding together and helping their fellow man, never looking to a government or institution for help.

Curtis and I have a 7 year old daughter Peyton and a 3 year old son Paul. We always do the toy drives and food drives but I wanted my kids to experience something that they could actively participate in and see first hand how they can make a difference.

A couple things we did this year was volunteer at a church pantry, Ring the Salvation Army bell at Publix and along with 2 other families, we delivered 30 turkeys to a nearby community that was needy. These things really hit home with my daughter and it was an eye opening experience for everyone!

One day as we turned into McD’s we saw a man sitting by the sign. My daughter noticed him right away and suggested we bring him lunch. We got him a meal and he thanked us and we left. As we drove away Curtis looked back and saw he already had several bags of McDs sitting behind the sign. He intrigued me and I had a feeling we had to go back and help him another way. We went back and he came to the window of the truck and I passed him $13, all the cash I had. He was very gracious. I asked him if there was anything else he needed and he said “I’m fine”. I had to ask a few times and he finally told me he could use a pair of jeans. I told him I would get him a pair of jeans no problem!

Who was this man? He was very nice, he did not ask for anything, he was gracious and he was sober. Why is he sitting there? I posted on the Avalon Park Voice facebook page and asked if anyone knew anything about him and what his story was. We got bits and pieces of info and some hearsay stories etc. So many people knew of him but never really knew him! I asked Avalon Park if anyone had a pair of jeans size 30/32 to donate! With that, Avalon Park’s heart opened up and so many people wanted to help. It was amazing. The next day we went back with the things we had collected from the neighborhood. No words can explain what happened when we showed him the things we had for him. I knew he was in disbelief. We had so much stuff there was no way he could carry it all so we offered to take it to his camp.

It was heartbreaking when we pulled up and saw a battered tent with an old fishing pole being used as a makeshift tent pole. This man had absolutely nothing. I had to learn more about him so I asked questions. We found out his name was Walter. He was not a Vet, he had a son who had his own set of problems, he lived alone in his camp because he did not want any trouble, he worked any day labor he could get, he did not drink because he has some medical issues with his liver, but he smoked. I got a feeling he was a good person who had unfortunate circumstances.

Now knowing he had nothing Curtis and I asked him what else he needed and again he said nothing. Very humble. So we asked him specific things like could he use a flashlight and a sleeping bag etc.

Back to Avalon Park I went with all this information. Now people had a name for the familiar face and some background on him. Once again the community wanted to help and the things started coming in! Food, tent. sleeping bags, blankets, backpack, pots and pans, flashlights, shoes, socks clothing etc. We delivered this to Walter’s camp and he was very thankful. We basically just made this man wealthy with the help of Avalon Park. We knew we could not give him many more “things” because he had nowhere to store them and we did not want to put him in any danger.

A storage cannister, purchased through the Stanley’s with the money raised during the Avalon Friends of Walter campaign.

Our next idea was to start a fundraiser and see what we could come up with. People wanted to help! As of Christmas Day we raised $1000 for him. We were able to buy him a heavy duty box that could be secured on his property that he could keep his things in. No more worries of his things being stolen. He wears his new clothes and shoes, loves his new backpack. People acknowledge him more now because they know more about him and want to help. One person even told him he was famous and he thought that was funny!

Our plan going forward is still unknown because we have to respect Walter and we do not want to cause him more problems or upset his life. The feeling we get is that he is happy the way he is. I have learned a lot about homeless people over that last 3 weeks and one thing I learned is that some of them are accustomed to this life style and like it. We will continue to make sure he has food and clothing. Our next mission is to find him a job. We will take it one day at a time and see where it takes us. One thing is for certain; he is now our friend and not a random homeless guy on the street. We helped Walter but he has helped us too. Our kids have learned a few life lessons like be grateful for what you have, don’t be selfish, share with others, have compassion, just to name a few!