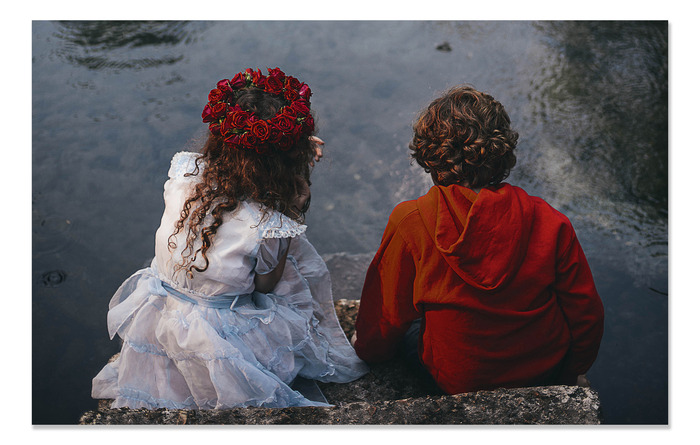 Once a year, the UCF School of Visual Arts & Design hosts a fall showcase. According to the schools website the fall showcase is —

“A retrospective of eleven short films that will expose viewers to the groundbreaking world of independent, micro-budget cinema. Some of the finest examples from the previous year’s crop of student films, and some select choices from years prior, are brought together for a single night of celebration each Fall Semester.”

The East Orlando Post has written about several UCF Film students who are in the B.F.A. program before, and were not surprised to hear that several of them had their films selected for the showcase this year. Filmmakers Jason Jack Underwood and Jessica Keller found their short films Half Awake and Robert on that list. Ironically, Keller shot Underwood’s film Half Awake and Underwood shot Keller’s film Robert.

Underwood, who recently succesfully crowdfunded Half Awake through a Kickstarter campaign was surprised to see his film on the list. Half Awake is the story of a boy who struggles between the realities of his waking life and the lure of intoxicating dreams.

Promotional photo for Underwood’s Half Awake.

“UCF’s Film program is rather selective, but once you get in you are surrounded by immensely talented people. We worked hard on “Half Awake” and overcame a lot, so it’s wonderful to see it be selected for the fall showcase. Hopefully this is a good indicator of how it will be received once we finish post-production on our newest cut and submit it for festival release.” explained Underwood.

Keller’s Robert is set in 1950s suburbia, where June prepares a special gift for Robert, the bright-eyed boy down the block. When June bikes to Robert’s house and catches him talking to another girl, and sets out to teach him a lesson- that teaches her more than she bargained for.

“I’m incredibly grateful to have “Robert” represent UCF Film. Our program encourages filmmakers to innovate and actually support our own directorial efforts. It’s that flavor of passionate microbudget filmmaking that made “Robert”- a period piece on student funds- not only attainable, but an absolute joy to create.” said Keller.

Why does this matter?

UCF’s B.F.A. Film program is notoriously hard to get in to and has one of the lowest acceptance rates at UCF, meaning competition is freaking stiff. Furthermore, both Underwood and Keller (both first year B.F.A. students at the time of shooting) had to jockey against upperclassmen who have access to more equipment and have had more time to hone their skills. Lastly, the selection process was also open to films made in years past.

I’d say that means both Jason Jack Underwood and Jessica Keller are well on their way to making it in an industry that is notorious for broken dreams. Keep at it.