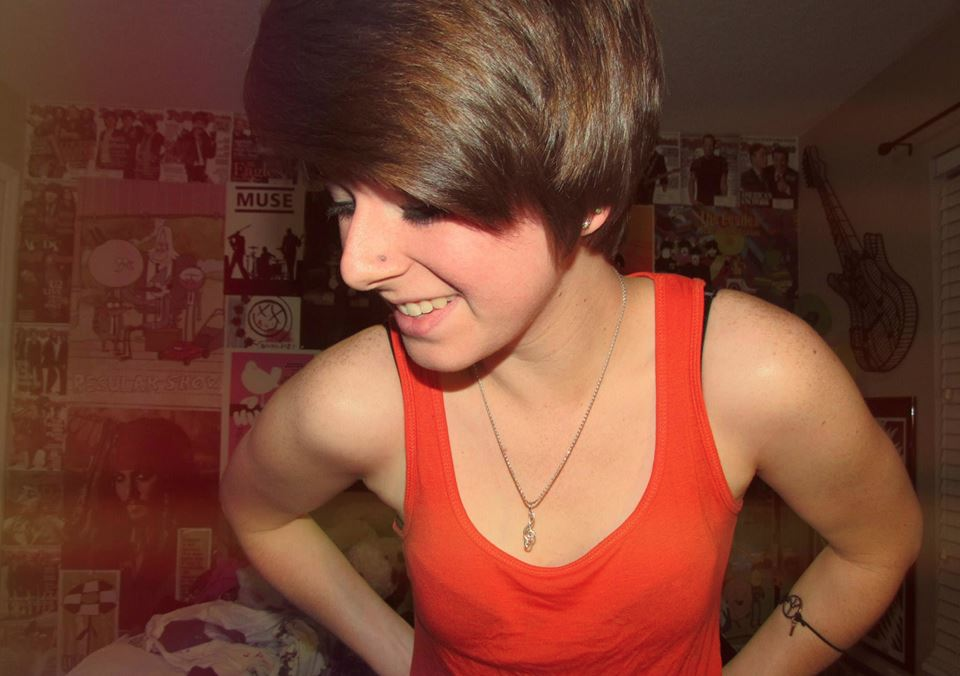 ***Talked with Kylie Posten today about her upcoming audition for “America’s Got Talent.”

So tell us a little bit about you first?

My name is Kylie Noellen Posten (stage name Kylie Noellen) and I’m 20 years old from Orlando, FL. I was in choir all through-out middle and high school. I’m the lead vocalist in a local band named What Eyes Can’t See. I play piano, guitar and ukulele. All played by ear, no lessons. I work for TJX companies and I’m employed with Universal Studios. I just finished working for their yearly Halloween Horror Nights event in The Walking Dead house as Penny Blake.

When did you start performing?

Professionally, I guess you could say 5th grade when I had my first solo in a Christmas show. Ever since I was little though, my parents said that I would make unique sounds and try to sing. I was about four years old when my singing voice was first truly noticed. I was sitting on my sister and I’s bunk bed singing “My Heart Will Go On” from the Titanic, because I missed my big sister while she was away visiting our Mimi and Papa. My Mom secretly recorded the whole thing, but sadly we seem to have misplaced it.

America’s Got Talent. You are audutioning tomorrow right?

I’m auditioning at 6pm, Sunday. It’s all so surreal, I won’t believe it’s actually happening until I’m standing before some strangers and give them all I got!

When will we know if you made it to the next round?

I’m assuming that very night! Hopefully they’ll be giving me their feedback and telling me then and there whether or not they want me on the show next season.

Advance or not, what’s next for you?

Next? It all depends on where America’s Got Talent may take me, but I plan on continuing working with the band and finishing our very first album. It should be done early 2014, so keep a look out for us!

Catch Kylie on the social medias –