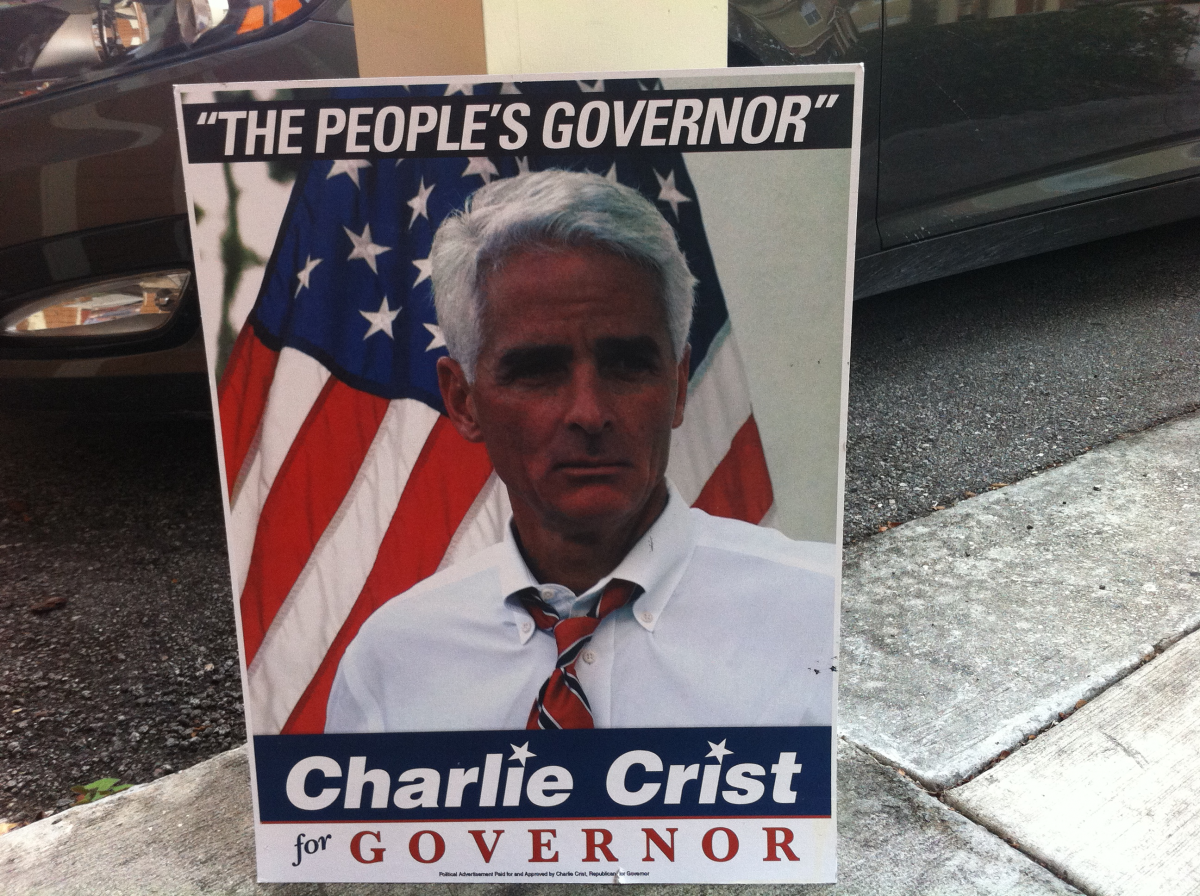 Today, amongst 100 or so friends and supporters in his hometown of St. Petersburg, former Governor Charlie Crist held a campaign event officially “announcing” his intentions to run for Governor against Rick Scott in 2014.

Over the years, Charlie Crist has changed his mind on a lot of things. He was a republican, then an independent, and now he is a democrat. He was against women’s rights before he was for them, a Jeb Bush republican before an Obama democrat, and the list goes on.

However, Charlie Crist treats himself like a commodity, not as a man or politician with a certain and cemented set of values. Charlie Crist is essentially a large corporation that trades on their name, excellent customer service, and wonderful word of mouth.

In 2010, while I was Chairman of the Florida Federation of TeenAge Republicans and attending the annual convention for that group that I organized in Jacksonville, I stopped by a Duval County Republican dinner and participated in an auction. What item did I win? A 2006 Charlie Crist for Governor foam board poster adorned with the all to familiar phrase “The People’s Governor.”

Earlier today at his campaign event, the former Republican was surrounded by campaign material again encrusted with “The People’s Governor” and the same sunny Charlie Crist.

That’s exactly what I mean when I say Crist is a commodity, a corporation. He offers an ever-changing set of services and goods, but his branding is still the same. He was “The People’s Governor” when he was a republican and he will be “The People’s Governor” when and if he defeats Rick Scott in 2014. Maybe this way of branding, this continuity, this familiarity is what cultivates Crist’s base of support.

Should other politicians take note of this methodology and become a brand that offers an ever changing array of goods and services….or is remaining one thing or another thing forever a better bet….always a republican or always a democrat? We shall see what the voters think.