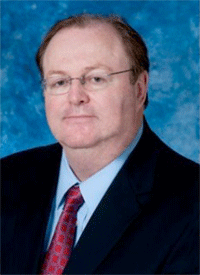 Reader responses came in fast and furious.  A surprising percentage were specifically critical of the authority’s chairman, a man who’s ethics and poor judgment have caused him to be known in airport circles as “The Boss Hogg of the Orlando Airport”.

Today we address the questions many of my readers wanted to discuss.  Let’s start with the most serious one:

Is Frank Kruppenbacher the man behind the proposed “sale” of airport board seats?

Many of my readers think unequivocally, YES!  They tell stories of Frank regaling them with tales of his time spent with “Rick”: private dinners, VIP events and frequent phone calls.  They say Frank brags about hosting the first local event for the governor, who at the time was a long shot candidate against central Florida congressman and attorney general Bill McCollum.  Kruppenbacher knew McCollum didn’t like him dating back to when they both worked as legal associates together years ago.   He boasts of his “closing rate”, or the high percentage of times his favored candidate has emerged successfully.

One well placed, prominent community type who was given the Boss Frank treatment regaled me of Frank at his best… or worst.

“He was bragging about getting appointed to the airport by Charlie Crist, then participating in the movement to elect Marco Rubio because Charlie didn’t appoint him ‘earlier’.  He told me that Rick Scott does whatever he says on Orlando area appointments, frequently telling him that ‘Frank, you are THE MAN in central Florida’.  He was asking me to do my contributions to the governor through his event, which would get him credit and further bolster his bona fides.  I asked him if he was worried about what would happen if Charlie got elected again, and he smirked and showed me his Morgan & Morgan business card and said, ‘If that happens, and it may well, John (Morgan) has us covered.  I expressed interest in a local board and he said, well, I obviously prioritize my friends and the people that support me over the ones that don’t.  Frank said he could only speak for this round of appointments, and not for the ones ‘in 2015 or later’ at this time.”

Well that is… something.  Really, something.  Excuse me while I go take a shower.  Ok, I’m back.

What struck me most is that everybody I talked to had a similar story; an experience where he flouted his muscle to get what he wanted, and what he wanted usually consisted of campaign contributions for the governor.

Frank starts off with some influence, which he uses judiciously to feather the egos of donors by getting them appointed to boards, then those donors give him more money, which he then uses to further feather his nest.  It is enough to make your head spin.

If anybody knows how I can get ahold of Dave Gordon, the GOP donor who was told had to give to get a spot on the board, I would LOVE to ask him if the donation request was made by Frank Kruppenbacher.  I’m willing to bet it was.

So this leads to a big question: was the lobbying firm hijinks that defied any logic part of some political payback doled by Boss Frank?

It is really impossible to know.  There is a zero percent chance Boss Frank would ever acknowledge this and lobbying firms are second to only the mafia when it comes to secrecy in discussing their business and fundraising.

From what we do know, it sure seems to be a possibility.  There appears to be an intertwined web of political support from at least one local, and powerful lobbyist, and the continued patronage of his offspring with high paying jobs awarded by the mayors and Boss Frank.  Consider the following:

– Oscar Juarez is a prominent local lobbyist who most notably is a close friend, adviser and chief fundraiser for Mayor Teresa Jacobs

– Lena Juarez is the principal of JEJ Associates, a lobbying firm that Boss Frank added on to the short list for consideration by the full board.

– JEJ associates, with Lena Juarez as its sole lobbyist, also represents Lynx.  Mayors Jacobs and Dyer ALSO sit on the Lynx board.

– Mayor Teresa Jacobs and Mayor Buddy Dyer both voted for Frank Kruppenbacher to be the chairman of the authority last year.

Maybe, just maybe, Kruppenbacher wanted to keep the bigger firms away, so that his power would be more centralized.  With no pesky powerful lobbyists around, the only voice that will be heard is his.

All eyes will be on the board tomorrow, and I predict they roll over, giving the Mayors, their lobbyist cronies and their all-powerful chairman what he wants.  It doesn’t a take a genius to see that there is more going on here than meets the eye, and you can bet it is all being coordinated by the Boss Hogg of the Orlando Airport, Chairman Frank Kruppenbacher.